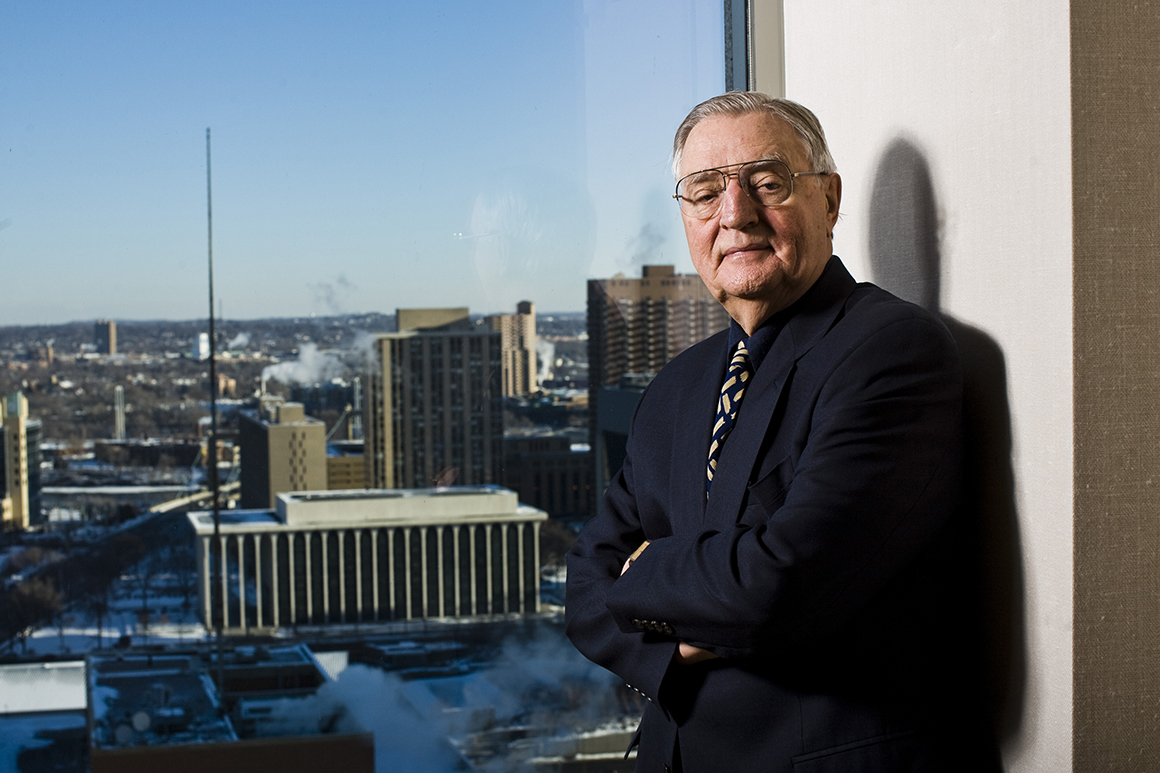 When Walter “Fritz” Mondale died in April at 93, America lost one of the most remarkable public servants of our era — a man who was Minnesota attorney general; U.S. senator; creator, with President Jimmy Carter, of the modern vice presidency; a Democratic presidential nominee; and U.S. ambassador to Japan. But we also lost a political leader who had a rare combination of liberal values and pragmatic political skills, and whose accomplishments provide important lessons for today’s progressives.

The son of a small-town farmer and Methodist preacher, Mondale got his start in politics as a member of Minnesota’s Democratic-Farm-Labor Party, which his mentor, Hubert Humphrey, had created — a coalition of farmers, middle- and working-class men and women, academics and minorities who championed civil rights, education, assistance to the poor and health insurance. Mondale would carry his progressive views throughout his career. One of his proudest accomplishments as Minnesota attorney general was leading 23 state attorneys general to file an amicus brief supporting the right of an indigent person to a lawyer under the Sixth Amendment — a right that was upheld unanimously by the Supreme Court in the landmark case of Gideon v. Wainwright.

As a senator, Mondale likewise made advancing the rights of the poor, women and minorities one of his major priorities. In 1974, he helped to pass legislation creating the Legal Services Corporation to provide public funding for legal aid. (As vice president, he later fought successfully for additional funding for the LSC and encouraged Carter to appoint talented young lawyers, including Hillary Rodham Clinton, to its board.) Mondale teamed up in Congress with Sen. Edward Brooke (R-Mass.) to pass the Fair Housing Act over a filibuster, helping to open up segregated neighborhoods. A great believer in early childhood education, he also developed legislation to create Head Start, which passed with significant bipartisan support. And while progressives today are clamoring for reform of the Senate filibuster, Mondale worked in 1975 with conservative Sen. Jim Pearson (R-Kan.) for the last major reform, reducing from 67 to 60 the number of votes to invoke cloture.

Importantly, this bipartisan legislation marked Mondale as not only a progressive leader, but one who accomplished his goals by forging compromises with conservative Southern Democrats and with Republicans. He was no rigid ideologue; he realized that compromise was essential to advancing progressive causes — not confrontation and heated polemics. While there is no doubt Republicans in the Senate were more willing then to compromise than they are today, Mondale showed that by listening to their concerns and seeking to meet them halfway, his ideals could be converted into laws.

Mondale was chosen by Carter as his vice-presidential running mate for this reason: He was a successful liberal senator who got things done, bringing to the ticket Washington experience, as well as philosophical and regional balance, to the more conservative Southerner Carter. In the Carter administration, where I served as White House domestic affairs adviser, I saw first-hand Mondale’s pragmatic progressivism in action. He championed his goals, but always within the limits of the centrist president he served and what the nation could support.

I worked with him as he successfully urged Carter to expand Head Start with $10 billion in funding, serving more than 1 million young children. He led the effort to support affirmative action in higher education in the Bakke case, reversing an early Justice Department position. He championed the creation of a new Cabinet-level Education Department. But he also supported the bipartisan deregulation of natural gas, to encourage more domestic energy production, over the objection of more doctrinaire liberals in Congress.

Perhaps no senior presidential adviser has ever had as close a working relationship with the vice president as I was privileged to have with Fritz Mondale. At the end of the first year of the administration, Carter entrusted him to set domestic and foreign policy priorities, an effort I participated in, along with national security adviser Zbigniew Brzezinski. At the end of each budget cycle, we would meet privately with Carter to have him add back funding for key programs important to the Democratic base. I was proudest of Mondale’s July 1979 speech to the U.N. Special Refugee Conference in Geneva, which encapsulated his humanitarian ideals on the world stage. He movingly evoked the 1938 Evian Conference, where the world refused to liberalize immigration quotas for Jewish refugees, saying the “world will not forget us if we fail” in saving people fleeing South Asia by boat. With Carter’s full backing, the U.S. Sixth Fleet rescued many of these refugees at sea, and the United States welcomed 500,000 onto our shores.

When Mondale overwhelmingly lost the 1984 presidential election to President Ronald Reagan, after running on a traditional New Deal/Great Society platform, it sent a signal that the old-fashioned liberal Democratic coalition that Mondale had grown-up in and led finally had frayed, as Southerners and working-class voters throughout the country abandoned the party. Nearly every subsequent Democratic presidential nominee eschewed the label Mondale proudly carried of a progressive Democrat.

Donald Trump’s presidency, the glaring inequalities the Covid pandemic has exposed and ongoing threats to democratic norms have given the progressive movement a second wind; the House Progressive Caucus boasts more than 90 members, and senators such as Bernie Sanders and Elizabeth Warren chair important committees. Yet, progressives will not achieve their goals unless they learn the lessons of Mondale’s pragmatic progressivism: that the United States is essentially a centrist country; that a Democrat can earn respect from Republican colleagues by treating them as potential allies, not enemies, and by seeking compromises not confrontation. The way in which House progressives recently held the infrastructure bill hostage for months, denying their own Democratic president, Joe Biden, an early bipartisan victory, is antithetical to the way in which Mondale governed.

Today’s progressives might also learn from Mondale the importance of self-deprecating humor in creating trust among those on the other side of the aisle. When, as vice president, he formally announced the results of the landslide electoral loss of the Carter-Mondale ticket to the Reagan-Bush ticket, Mondale joked: “George H.W. Bush has received 489 electoral votes as vice president, and Walter F. Mondale has received 49 votes: a landslide, and I did it!” The remark earned laughter and an ovation inside the House chamber.

Mondale ultimately was an effective progressive, and if progressivism is to make a comeback and capture a national majority, it must learn from his remarkable life.