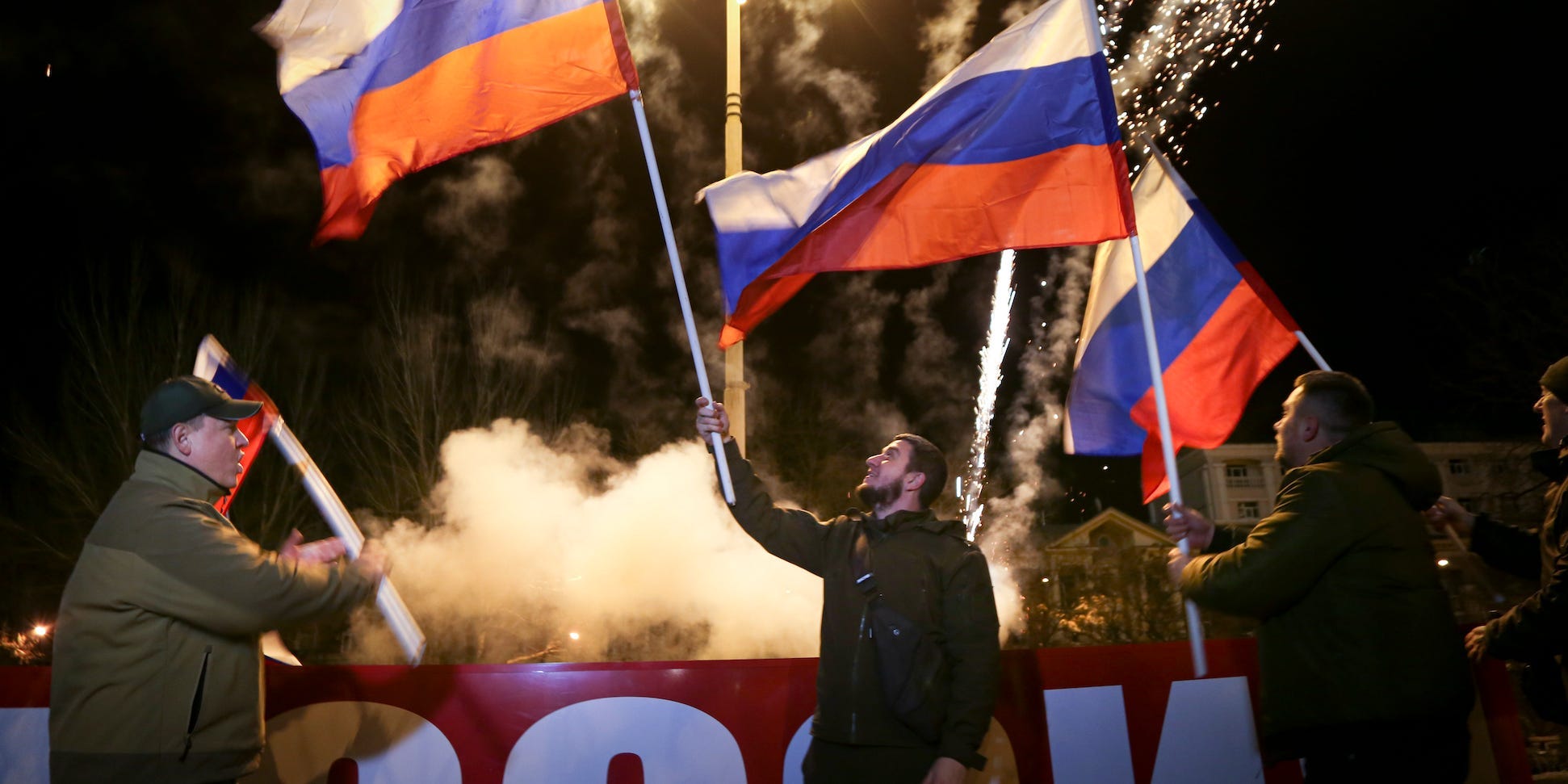 Russia’s advance into eastern Ukraine was called an “invasion” by a UK minister and former US diplomats, a portentous form of words which President Joe Biden’s administration has so far stopped short of.

Russia then ordered troops into those regions, claiming it did so for “peacekeeping” reasons.

Ukraine, the US, and other Western nations had been warning for weeks that Russia planned a full-scale war and wa looking for a pretext to justify it.

Javid told Sky News: “We’re waking up to a very dark day in Europe. It’s clear from what we’ve already seen and found out today that Russia’s President Putin has decided to attack the sovereignty of Ukraine and its territorial integrity. We’ve always said that’s completely unacceptable.

“We’ve seen that he has recognized these breakaway eastern regions in Ukraine and from the reports I think we can already tell that he sent in tanks and troops. I think from that you can conclude that the invasion of Ukraine has begun.”

His language was mirrored by some former US diplomats.

James Stavros, a former US Navy admiral, told MSNBC: “This is an invasion. That’s what’s occurring.

He said that there should be no debate over whether or not this is an invasion.

Under international law an invasion is defined as “the imposition of armed troops for political purpose into an sovereign country without the consent of that nation,” Stavros said.

But the Biden administration has held back on describing it that way.

Secretary of State Antony Blinken called Russia’s move to see the regions as independent “a clear attack on Ukraine’s sovereignty and territorial integrity,” a less severe description which mirror previous language on Russia’s activities in Ukraine.

Per a New York Times report on Tuesday, Biden officials had stuck to a “limited” response to Russia’s actions on Monday in order to maintain unity among allies. It named Italy and Germany as being among those who may not be willing to impose the harshest possible measures.