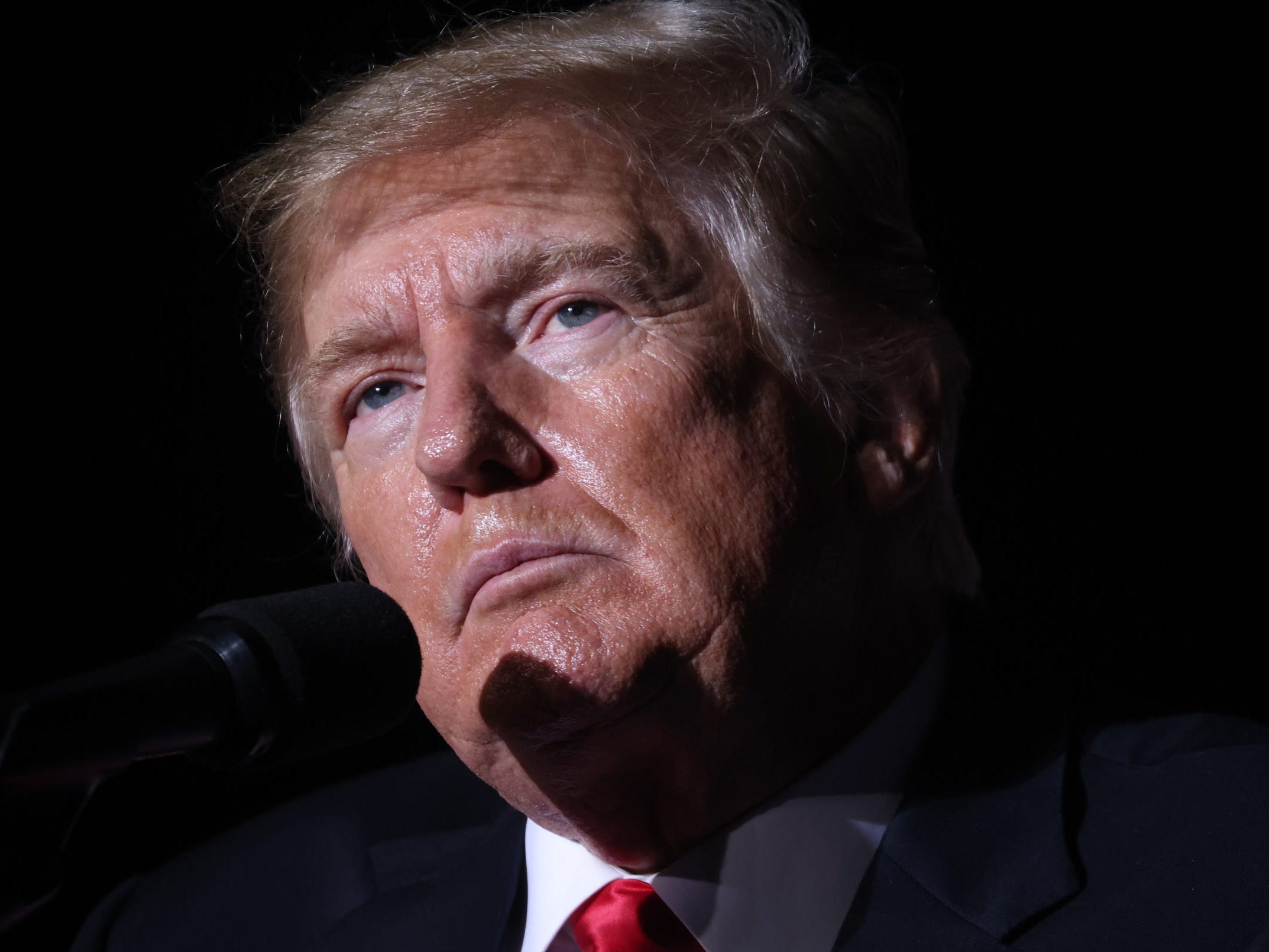 Former President Donald Trump speaks to supporters during a rally at the Iowa State Fairgrounds on October 09, 2021 in Des Moines, Iowa.

Former President Donald Trump, who plans to hold a press conference on the anniversary of the Capitol riot, is getting “terrible advice” from his inner circle, said a former aide.

Trump would be better off remaining silent on January 6, said Alyssa Farah, who worked for the former president as the White House’s director of strategic communications.

“The former president has also announced he’ll be hosting a press conference that day which, I think if anything proves he’s still getting terrible advice from folks around him,” said Farah, during an interview with CNN’s Kaitlin Collins, per a report by the Independent.

“This would be a wise day for him to stay silent, to let those who were victims on Capitol Hill talk about that very important and solemn day,” Farah continued.

Trump is likely to use the press conference to push election fraud conspiracies, Farah added. “I think instead you’ll hear a very sort of, you know, the tone from him that this was — reiterating the lies that the election was stolen, saying that those who are being tried for the insurrection are political prisoners,” she said. U.S. President Donald Trump is seen on a screen as his supporters cheer during a rally on the National Mall on January 6, 2021 in Washington, DC.

The former president will hold the press conference from his Mar-a-Lago resort on January 6 — one year after the deadly insurrection at the Capitol. In a statement announcing the event, The Hill reported that he baselessly described Election Day as the “insurrection” and inaccurately referred to January 6 as “a completely unarmed protest of the rigged election.”

While Trump speaks from Mar-a-Lago, House Speaker Nancy Pelosi has said that her office instead intends to hold a “prayerful vigil” among other reflective events.