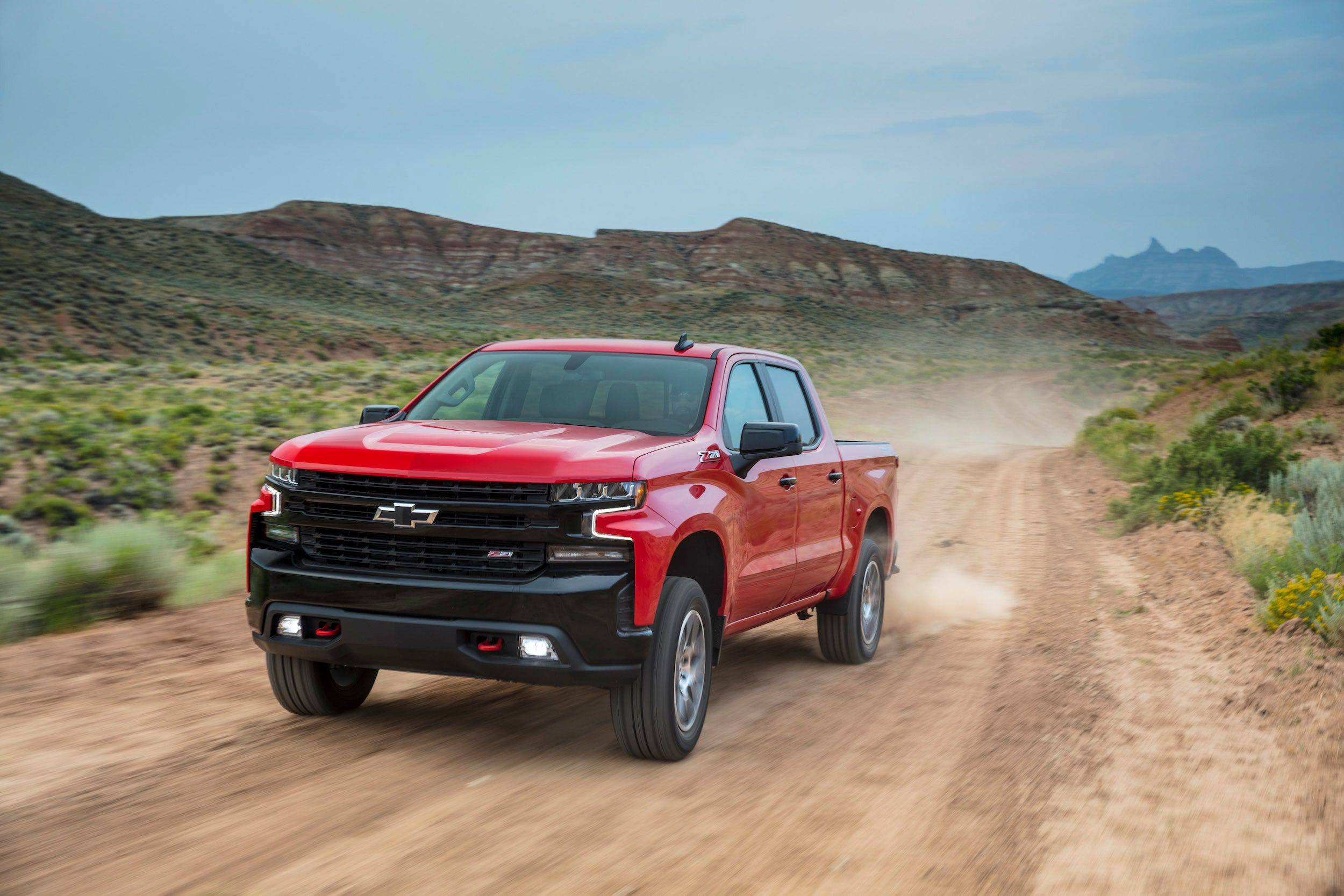 Ford’s F-150 Lightning may be grabbing headlines left and right, but Chevrolet is cooking up an electric pickup truck of its own: the Silverado EV. On Wednesday, we’ll get to see it for the first time.

General Motors CEO Mary Barra will unveil Chevy’s answer to the Lightning during a virtual presentation at this year’s Consumer Electronics Show. That’s where we’ll learn what the truck looks like and hopefully some details about its pricing, capabilities, and features.

Although GM has kept almost everything about the Silverado EV under wraps, some information has trickled out in the months since the truck was announced. Here’s what we know so far about Chevrolet’s first modern electric pickup.

Out of all the numbers you can attribute to a new electric vehicle — horsepower, torque, number of cupholders, and so on — range may be the most consequential. GM claims the Silverado EV will be able to travel more than 400 miles on a full battery, which would be mighty impressive for such a large vehicle.

That’s most likely for an upper trim, so expect lower trims to offer less driving range. The F-150 Lightning promises 230 miles and 300 miles of range in its two battery sizes.

Before the F-150 Lighting debuted, Ford said it would be the most powerful F-150 yet. Chevrolet hasn’t made those claims about the Silverado EV, but the truck will most likely bring plenty of power and speed to the table.

The GMC Hummer EV, which shares the same dedicated electric platform as the Silverado EV, makes up to 1,000 horsepower in its top variant. The Hummer EV will come in dual-motor and triple-motor versions, all of which are four-wheel drive. The Silverado EV may follow the same formula.

Like the Hummer EV, the Silverado will have optional four-wheel steering to help with sharp turns.

In October, GM said the Silverado EV will get a glass roof. In a video clip teasing the roof, a large horizontal touchscreen can be seen peeking out, too. Both of these features will probably only be available on higher-end trims.

We’ll need to wait until the Silverado’s reveal to see if Chevy has any other tricks up its sleeve like a front trunk, onboard power, or other interesting features. GM has said that it will sell both fleet and consumer versions of the Silverado EV, but that’s about all we know about trim levels. Similarly, Ford is selling a bare-bones, work-oriented version of the Lightning called the Lightning Pro.

Reservations for the Silverado EV will open on Wednesday, and the truck will go into production in early 2023.