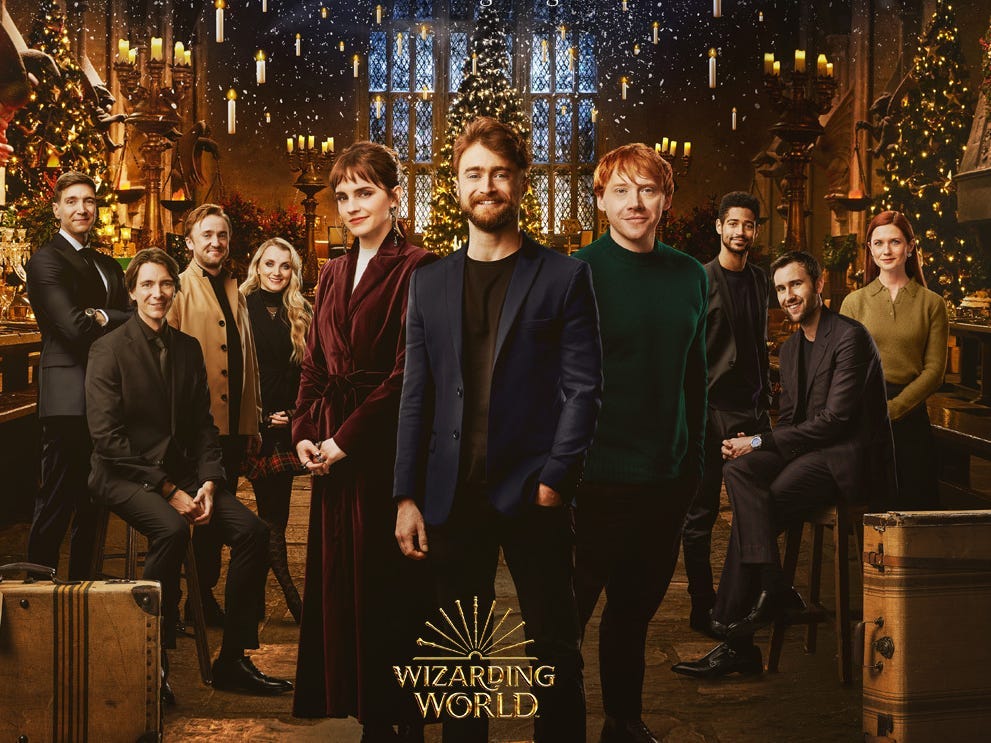 In celebration of the film franchise’s 20th anniversary, the cast of “Harry Potter” is reuniting in a new special. The show premieres New Year’s Day on HBO Max.

Daniel Radcliffe (Harry Potter), Rupert Grint (Ron Weasley), Emma Watson (Hermione Granger), and many other cast members travel back to Hogwarts, where they reminisce about their experiences making the original “Harry Potter” films. The reunion promises to be a powerful nostalgia trip for fans of the books and movies, and it looks like a great way to bring the holidays to a close.

How to watch ‘Harry Potter 20th Anniversary: Return to Hogwarts’

You can watch “Harry Potter 20th Anniversary: Return to Hogwarts” exclusively on HBO Max starting January 1. The reunion special will be available to all HBO Max subscribers, regardless of what plan you pay for.

HBO Max’s ad-supported plan costs $10 a month, while the service’s ad-free subscription costs $15 a month. The ad-free plan also adds support for up to 4K streaming on select titles, as well as streaming access to “The Matrix: Resurrections” while it’s still in theaters. If you want to try HBO Max for free before buying a subscription, your only option is to go through Hulu. Hulu subscribers can claim a seven-day trial of HBO Max as an add-on service. The trial is only available to members who are new to HBO Max.

You can stream “Harry Potter 20th Anniversary: Return to Hogwarts” through your web browser or with the HBO Max app. The app is available on most smartphones, Xbox consoles, PlayStation consoles, tablets, and smart TVs. You can find a complete list of compatible devices on the HBO Max website.

What else can I watch on HBO Max?

In addition to the entire “Harry Potter” collection, HBO Max has a ton of great content to watch. If you’re looking for more fantasy and nostalgia, all three parts of “The Lord of the Rings” are included with HBO Max.

Fans of “The Matrix” can also watch all of the movies on HBO Max, including the newly released sequel “The Matrix Resurrections.” The newest entry is only available with the ad-free plan, however.