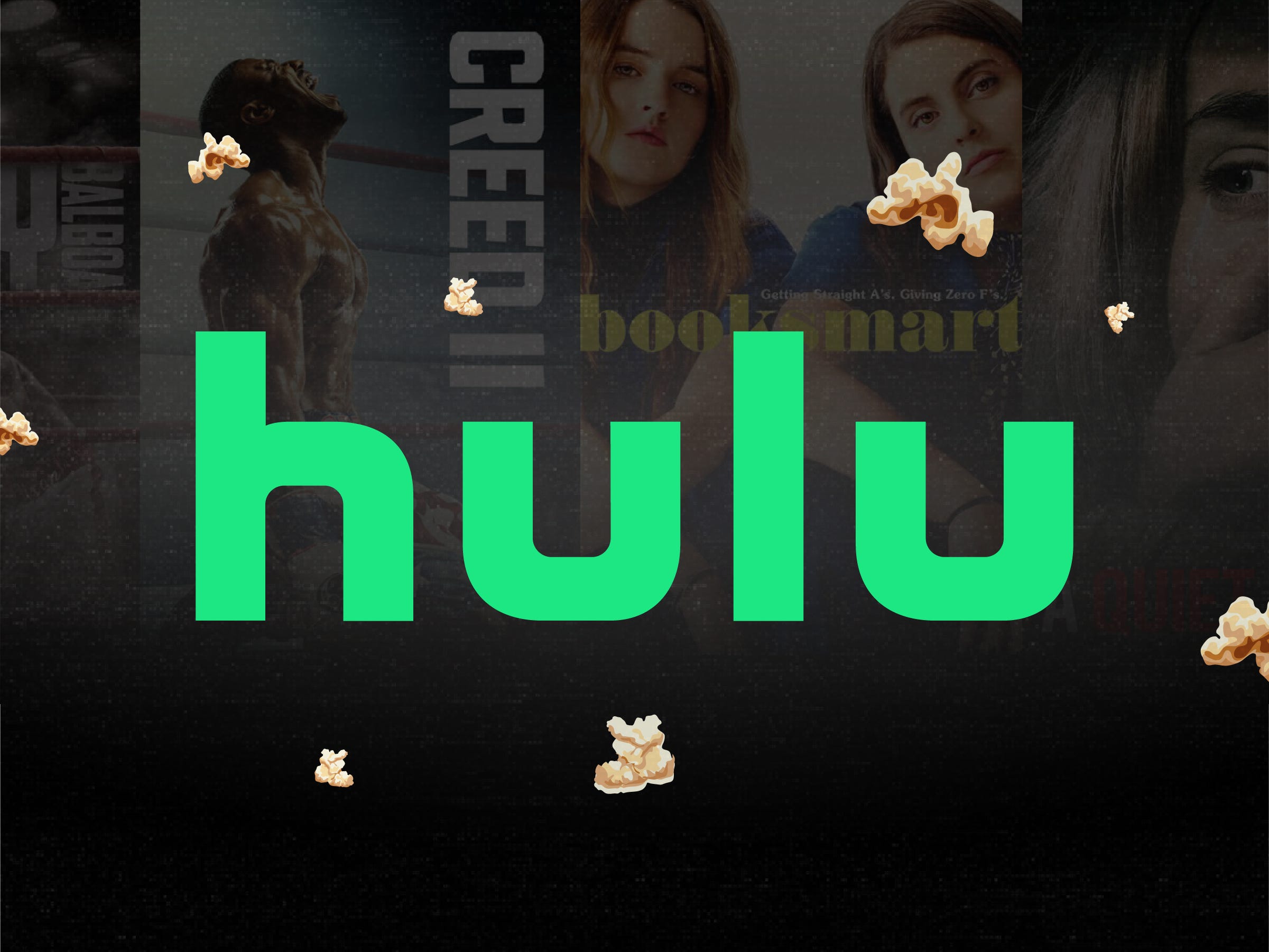 Hulu offers a growing collection of movies to stream. If you’re looking for something to watch on Hulu, we’ve got you covered with recommendations for some of the best movies you can stream right now. Though Hulu originally launched as a platform aimed at bringing TV series to streamers, it’s built a sizable movie catalog, with an estimated total of around 2,500 films across genres.

Hulu’s ad-supported plan is one of the most affordable streaming services on the market at $7 a month, or you can upgrade to the ad-free option for $13 a month. For those who want even more content, Hulu is available as a bundle with Disney Plus and ESPN+ for a starting price of $14 a month.

Each tier gives you access to Hulu’s entire movie catalog as well as the platform’s full collection of shows. The Hulu app is available on most smart TVs, streaming devices, smartphones, and web browsers.

After diving into Hulu’s catalog, we picked a few must-see movies. Our selection features a mix of personal favorites and critical hits. Picks include recent releases and classics across genres, ensuring that all viewing needs are accounted for. We’ve also limited our selection to movies that are fresh on Rotten Tomatoes, a website that aggregates reviews from all over the web.

The best drama movies on Hulu This 2021 Oscar winner for best picture was also one of the top winners at the 2021 Golden Globes. “Nomadland” focuses on a woman searching for work on the road as she encounters other travelers across the country. The movie is directed by Chloé Zhao and stars Frances McDormand. Zhao is also known for directing Marvel’s epic superhero movie “Eternals.” — Steven Cohen, Tech & Streaming Editor

I’m a big Nicolas Cage fan, and I think Pig is one of his best movies. He plays a reclusive truffle hunter outside of Portland, Oregon. The titular pig is much more than just his business partner. He’s his sole companion. So, when the pig is stolen, Cage’s character goes to great lengths to find him. Though the movie doesn’t feature the actor’s trademark flip outs, it makes up for it with genuine emotion bolstered by outstanding acting and writing. “Pig” received a “97% Certified Fresh” rating on Rotten Tomatoes. — James Brains, Reporter

Winner of the 2020 Academy Award for best picture, “Parasite” deals heavily with social and economic themes related to class. The dark satire centers on a poor family, the Kims, who are in need of work. When the Kims trick a wealthy family into hiring them for various jobs, it looks as if their money problems are solved. But complications arise that could reveal the family’s con. The best comedy movies on Hulu Yes, “Borat” is on Hulu. The movie’s reputation precedes itself, so I won’t go too in depth, but the mockumentary stars Sacha Baron Cohen as a Kazakh TV personality sent to report on the United States. With a camera crew in tow, Borat embarks on a road trip of epically hilarious proportions. Rated “91% Certified Fresh” on Rotten Tomatoes, “Borat” will make you laugh, and maybe cringe a little. — Sarah Saril, Reporter

“Palm Springs” is a romantic comedy with a sci-fi spin. The film stars Andy Samberg and Cristin Milioti as two strangers who get trapped in a time loop. No matter what they do, every morning they wake up at a wedding in Palm Springs living the same day over and over again.

The Hulu Original movie is directed by Max Barbakow, and features a clever script written by Andy Siara. Jason Guerrasio, entertainment correspondent at Insider, gave the film an A- grade in his full review. — Steven Cohen, Tech & Streaming Editor

Following in the footsteps of similar coming-of-age teen comedies, “Booksmart” offers ample laughs and heartfelt insights in equal measure. Kaitlyn Dever and Beanie Feldstein star as a pair of high school seniors who suddenly realize they’ve spent their entire lives focusing on grades without having any fun. Before their graduation, they attempt to make up for lost time with a night of partying they’ll never forget. — Steven Cohen, Tech & Streaming Editor The best action movies on Hulu For fans of action, comedy, and unlikely heroes, “Deadpool” is a must-watch movie. It’s chock-full of excellent stunts and fight sequences combined with plenty of wisecracks that break the fourth wall. Be sure to take its R rating seriously though — this film is not for the kids. “Deadpool” received an “85% Certified Fresh” rating from Rotten Tomatoes. — Sarah Saril, Reporter

The third entry in Daniel Craig’s Bond series, “Skyfall,” gets personal for 007. In this movie, Bond is forced to test his loyalty to M (played by Dame Judi Dench) in a conflict that digs into her past, along with his own. Rated “92% Certified Fresh” on Rotten Tomatoes, the film features all the explosive action and suavity that Bond movies are known for. — Sarah Saril, Reporter

The original “Judge Dredd” movie from 1995 starring Sylvester Stallone flopped with critics, but this hyperviolent reboot directed by Pete Travis received positive reviews. With gore and drug use throughout, the highly stylized sci-fi movie is not for those with a queasy stomach, but it offers a thrilling ride for viewers who crave intense action. — Reece Rogers, Fellow The best documentaries on Hulu Winner of the Special Jury Prize at the 2018 Sundance Film Festival, “Three Identical Strangers” presents a classic instance of “truth is stranger than fiction.” This unlikely true story examines the peculiar case of identical triplets who meet each other as young adults after being separated at birth. As the three brothers attempt to piece together how this could have happened, they discover surprising twists and turns that gradually expose a complex mystery. — Steven Cohen, Tech & Streaming Editor

“The Donut King” follows the highs and lows of Cambodian refugee Ted Ngoy’s experience running a multi-million dollar pastry business while living in California. The documentary highlights a unique subculture and the potential shortcomings of the American Dream. — Reece Rogers, Fellow

I couldn’t stop telling people to watch Derek DelGaudio’s mix of mentalism and magic after I first saw it, trying to convey why they needed to see it without giving away too much. Frank Oz directed the film version of the Off-Broadway show, capturing card tricks and stunned audience reactions. But this isn’t a circus show. While you’ll certainly try to guess how he did that, it’s the stories that will stay with you. “In & Of Itself” received a whopping “100% Certified Fresh” rating on Rotten Tomatoes. — Jenny McGrath, Home Editor The best family movies on Hulu This explosive, star-studded sequel to “Trolls” brings back everything that made the first movie a hit: dynamic animation, catchy songs, and tons of glitter. In “Trolls World Tour,” we follow Queen Poppy (Anna Kendrick) and Branch (Justin Timberlake) on another epic journey, but this time to restore harmony to trolls representing every music genre. — Sarah Saril, Reporter

Loosely based on the 1978 children’s book of the same name, this movie follows a scientist desperate for approval as he creates a machine that makes food fall from the sky. Bill Hader plays Flint Lockwood, a wacky inventor living in his dad’s backyard while yearning for more. It’s silly, heartwarming, and stars a lovable cast of characters. — Sarah Saril, Reporter

Winner of the 2020 Golden Globe for best animated motion picture, “Missing Link” is a beautiful stop-motion film from the same studio that produced “Coraline” and “Kubo and the Two Strings.” The story follows a Sasquatch named Mr. Link who seeks the help of an explorer to find his Yeti relatives. Hugh Jackman, Zoe Saldana, and Zach Galifianakis all lend their voices to the cast. — Steven Cohen, Tech & Streaming Editor The best horror movies on Hulu “Willy’s Wonderland” is the perfect movie for fans of Nic Cage and the game series “Five Nights at Freddy’s.” The film stars Cage as a silent protagonist who gets trapped in an abandoned family fun center, complete with creepy animatronic animals. Though the film definitely has some scary elements, it’s more fun than truly spooky. It even has lots of callouts to typical cheesy horror cliches, from reckless teens to quote-worthy one-liners. — Sarah Saril, Reporter

An earlier film from Bong Joon-ho, the director of “Parasite,” “The Host” is a uniquely scary monster movie with multiple action sequences set in the damp, Korean sewers. The absentminded Park Gang-du (Kang-ho Song) must save his youngest daughter who is being held captive by an amphibious monster. This movie is presented in Korean with English subtitles. — Reece Rogers, Fellow