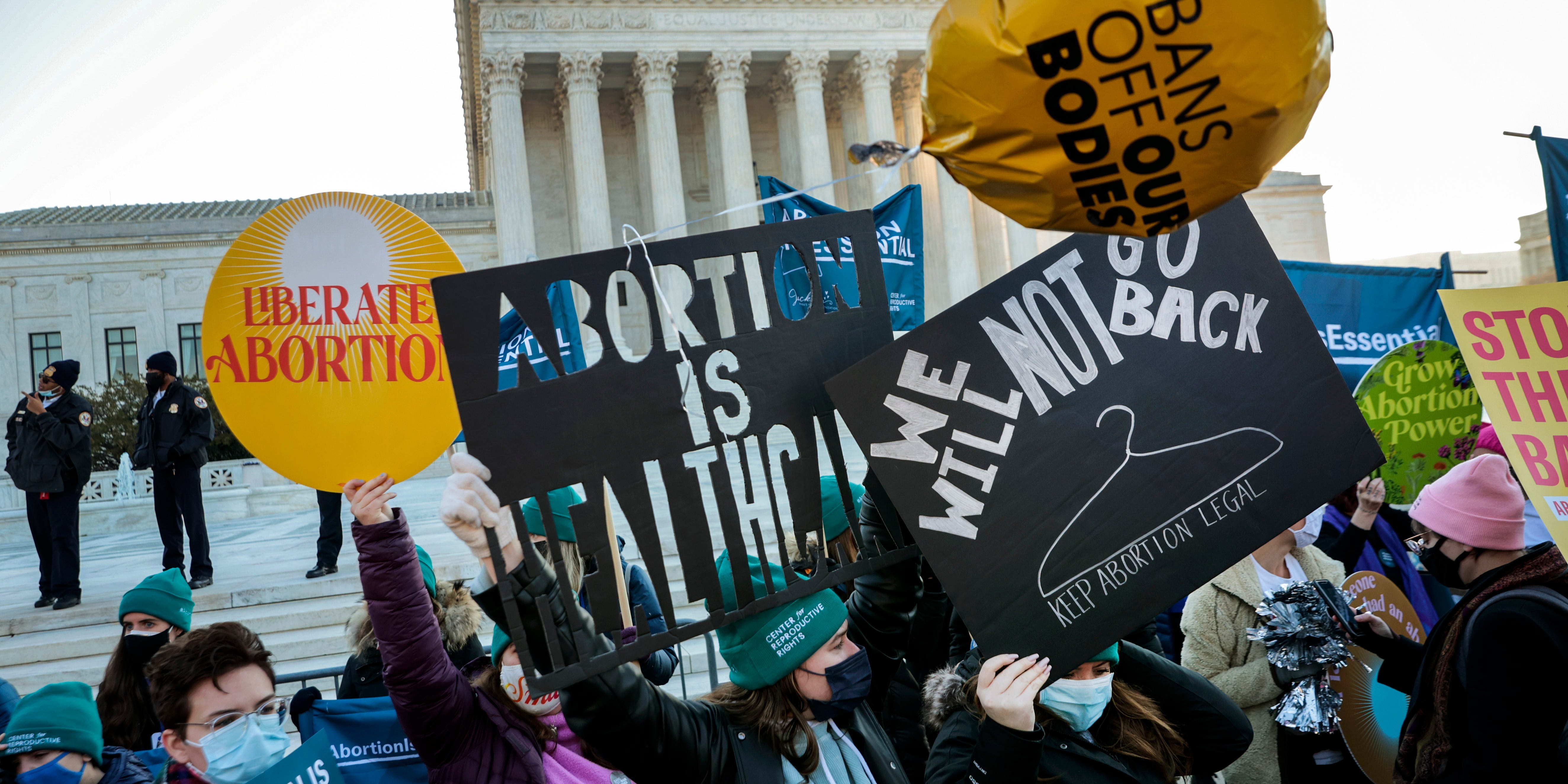 Protesters, demonstrators and activists gather in front of the U.S. Supreme Court as the justices hear arguments in Dobbs v. Jackson Women’s Health, a case about a Mississippi law that bans most abortions after 15 weeks, on December 01, 2021.

The number of Texas patients getting abortions plummeted drastically after the ban on the procedure after the six-week pregnancy mark was implemented in the state, according to The Washington Post.

One month after the September 1 implementation of Senate Bill 8 — the most restrictive abortion ban in the country — the number of abortions in Texas decreased by 50%, according to the Texas Policy Evaluation Project.

Senate Bill 8 allows for private citizens to sue abortion providers after learning of someone getting an abortion past the six-week mark and collect $10,000 in damages if they win. Experts told Insider’s Kelsey Vlamis that laws like this could encourage legal vigilantism and chaos. SB8 has inspired several similar bills similar across the country.

The restrictive law is also causing a backlog of patients trying to get the procedure. Patients rushing to make an appointment for abortion has created been more of a time crunch for them to receive care — and clinics are scrambling to get patients in for the procedure in a timely manner.

Assuming a patient has a regular 28-day menstrual cycle, they could then have just two weeks after a missed period to schedule an appointment and go through the necessary steps before getting the abortion — including setting up the appointment, seeing the doctor, and a legally required 24-hour waiting period after consultation.

“If there is a two-week waiting period, you would have had to schedule your abortion before you missed your period,” Joe Nelson, a doctor, told The Post. “How can we possibly expect patients to do that?”

Nearby states have also seen an influx in abortion-seeking patients from Texas since the ban took effect.