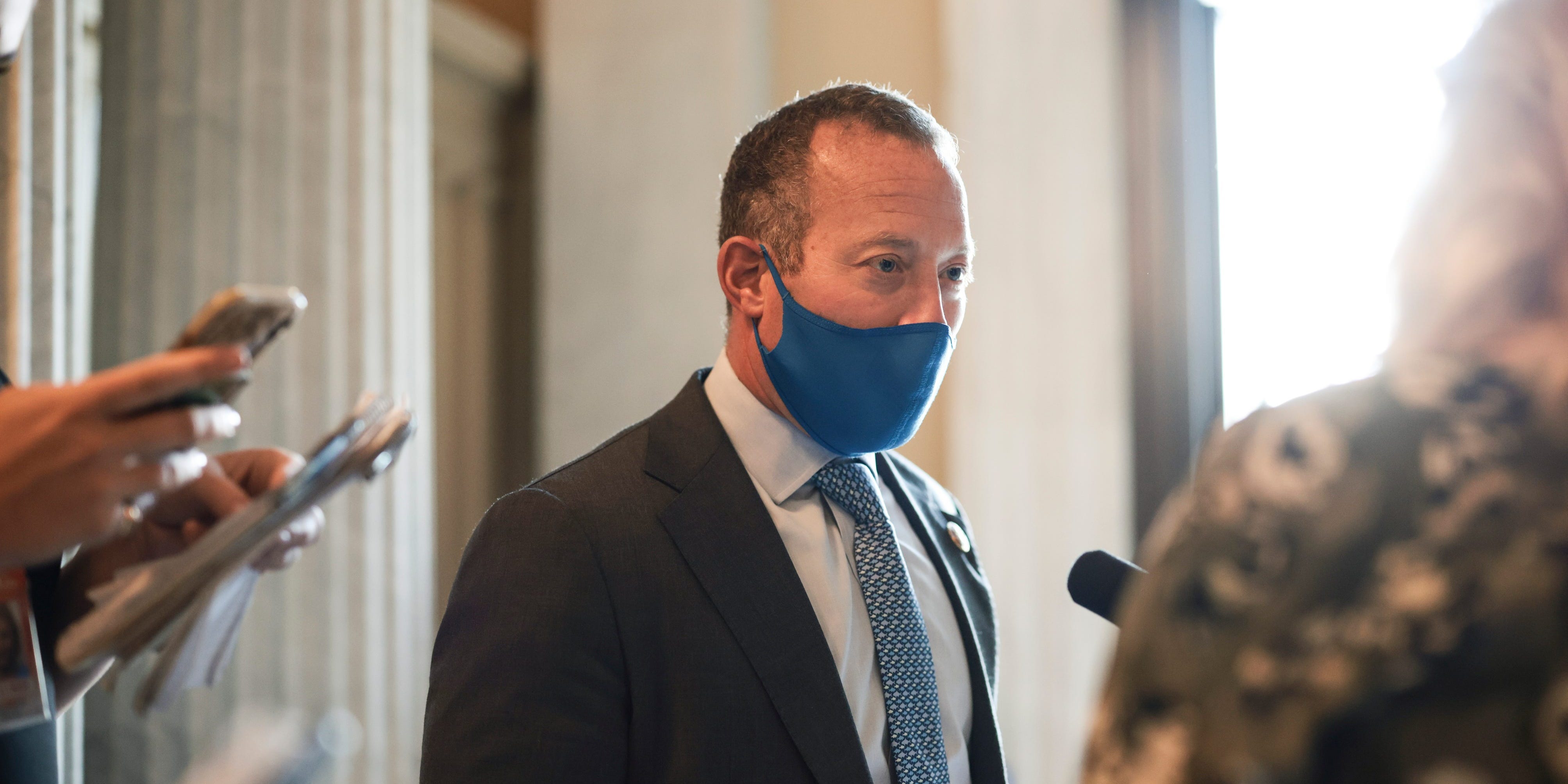 Democratic Rep. Josh Gottheimer of New Jersey speaks to reporters outside of the House Chambers of the U.S. Capitol on September 23, 2021.

Negotiations around the future of President Joe Biden’s Build Back Better legislation is slipping behind closed doors. Resistance from Sen. Joe Manchin of West Virginia has put the package on ice while Democrats make a renewed push to strengthen voting rights.

One part of the sprawling social and climate legislation left unresolved was the rollback of a $10,000 cap on the state and local taxes that taxpayers are able to deduct from their federal bill, known as SALT. Taxpayers used to have unlimited deductions before the new cap was introduced in the 2017 Trump tax law.

A group of Democrats from high-tax states like New Jersey and California added the rollback of the cap into the Build Back Better bill that passed the House in November, and they’re vocally standing behind the measure in the face of possible opposition from Manchin.

It’s caused angst among many Democrats, given that it hands wealthier households a hefty tax cut. Senate Democrats hadn’t settled on a compromise over the SALT deduction yet last month when Manchin came out against the economic plan, slamming it from advancing in the 50-50 Senate with Republicans lined up against it.

The Hill’s Alexander Bolton reported earlier this month that Manchin had expressed private skepticism about the measure. It could be why some House Democrats are starting to come out and threaten to oppose the bill once, or if, it  returns to the House for final passage.

“If they’re passing Build Back Better legislation, it’s got to address SALT,” Rep. Mikie Sherrill of New Jersey told Insider on Wednesday, adding that it “remains” her position to oppose the package if it’s dropped.

Other House Democrats are also threatening to tank the bill over SALT, including Reps. Josh Gottheimer of New Jersey and Tom Suozzi of New York.

Speaker Nancy Pelosi can only afford three defections because Democrats narrowly control the House. That threadbare majority was a big reason it took the party months to settle fierce disputes about the plan’s size and scope and eventually muscle it through the chamber in November without any Republican votes.

The House bill lifted the cap to $80,000 from $10,000, the amount set under the 2017 Republican tax law. But Senate Democrats criticized it since it provided outsized benefits to the wealthiest people, prompting some to map out an alternate plan.

Some Senate proposals that were on the table included restricting the higher cap to individuals and couples earning below $400,000, an approach backed by Sens. Bernie Sanders of Vermont and Michael Bennet of Colorado. Another from Sen. Bob Menendez of New Jersey favored a higher income threshold for singles making $450,000 and couples earning $950,000 or below.

“Talks continue on a path forward on BBB including how to address SALT and other issues,” a Senate Democratic aide familiar with the discussions told Insider.

Not everyone who favors the SALT provision was willing to make the same threat as Gottheimer, Suozzi, and Sherrill. “That’s never been my position,” Rep. Bill Pascrell of New Jersey told Insider on Thursday. “I’m working everyday to bring [that] about as much as possible.”

Asked about Sherrill’s threat, Pascrell responded: “That’s her problem, not mine.”