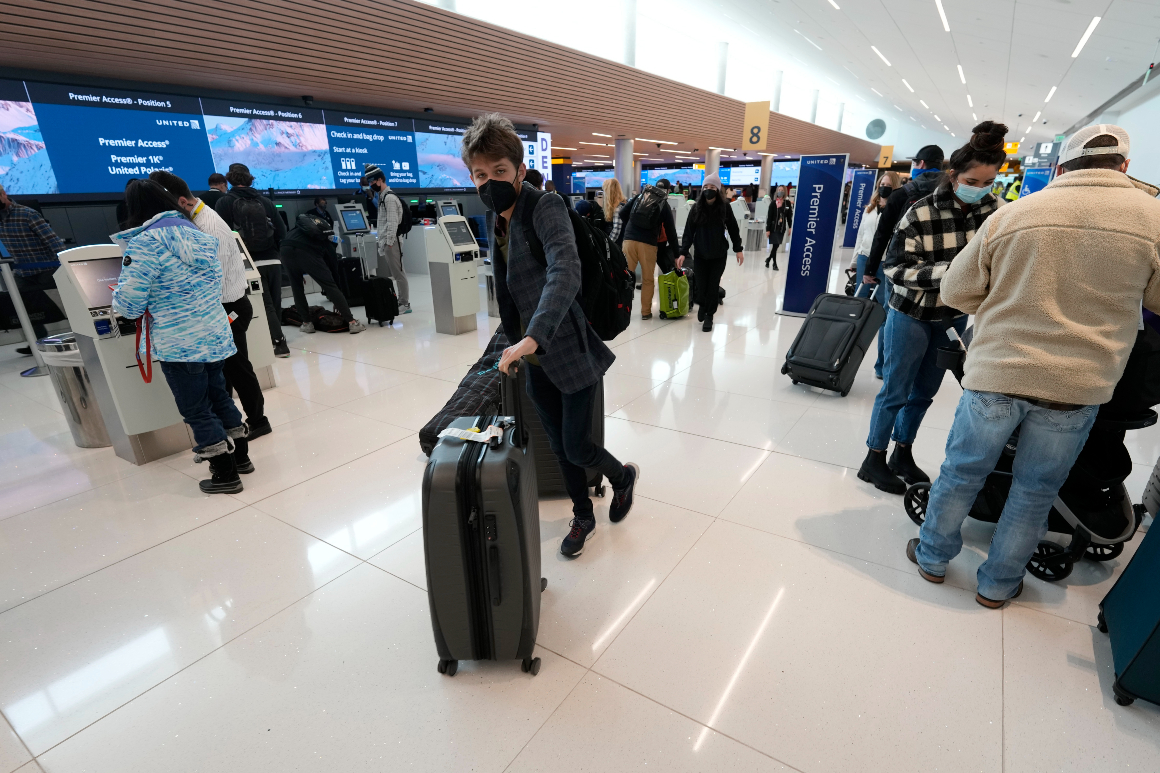 U.S. airlines are expected to cancel more flights into the early part of this week following a tumultuous holiday weekend in which passengers were stranded or delayed following massive cancellations.

Major carriers such as United Airlines, Delta Air Lines, JetBlue and American Airlines, among others, collectively canceled nearly 700 flights for Sunday and delayed thousands more, according to tracking database FlightAware.

Dozens more have already been canceled for Monday after some airlines reported staff shortages amid the Omicron surge. It’s unclear whether delays will continue en masse into the week amid reports of the limited crew availability.

More than 7,000 flights were canceled globally starting Dec. 23 and through the Christmas holiday weekend. A spokesperson for American, for example, said its operations saw setbacks over “a number of Covid-related sick calls led us to make the difficult decision to precancel some flights.”

“We proactively notified affected customers yesterday, and are working hard to rebook them quickly,” the spokesperson said.

Over the course of the pandemic, airlines ⁠— for a variety of reasons ⁠— had reduced the number of crews or backup crews leading to disruptions. Ahead of Thanksgiving, however, major airlines began accelerating efforts to get schedule and staffing right to avoid gaps in the system, including making sure they had enough staff to crew the scheduled flights. The airlines created bonus and pay incentives for overtime work.

“A lot of this has been the inability to connect a pilot to the airplane,” said Dennis Tajer, an American Airlines pilot and a spokesperson for the Allied Pilots Association, a pilot union. Tajer said the massive uncertainty may have made crews reluctant to pick up extra work for fear of what will follow.

Flight attendants and pilots “have a normal time schedule, but then have these available [slots] to pick up extra time,” he said Sunday. “But when the schedule is falling apart, [you may] get exposed to a reassignment; it’s not forced overtime, it’s forced stay of work,” he said of recent challenges seen during the busy holiday season.

“Crews may see that and hesitate or opt not to take that shift because they don’t know what the end result will be.”

Additionally, there may be a gap between schedules as crews need to get their minimum rest time between shifts, he said.

Meanwhile, the airlines are in the midst of lobbying the Centers for Disease Control and Prevention to reexamine its 10-day isolation policy for fully vaccinated individuals who contract Covid-19. While the CDC shortened the Covid isolation rules for health workers last week, frontline airline workers have not yet been granted the same reprieve.

Airlines for America, which represents major U.S.-based carriers including United, American, JetBlue and others, said the current mandate is likely to “exacerbate personnel shortages and create significant disruptions to our workforce and operations.” The CDC did immediately respond to a request for comment.

Both United and American Airlines said in the wake of cancellations, customers have the ability to choose if they’d like a refund or to rebook to another flight.

We “apologize for any disruptions to their holiday travel plans,” the spokesperson for American said.