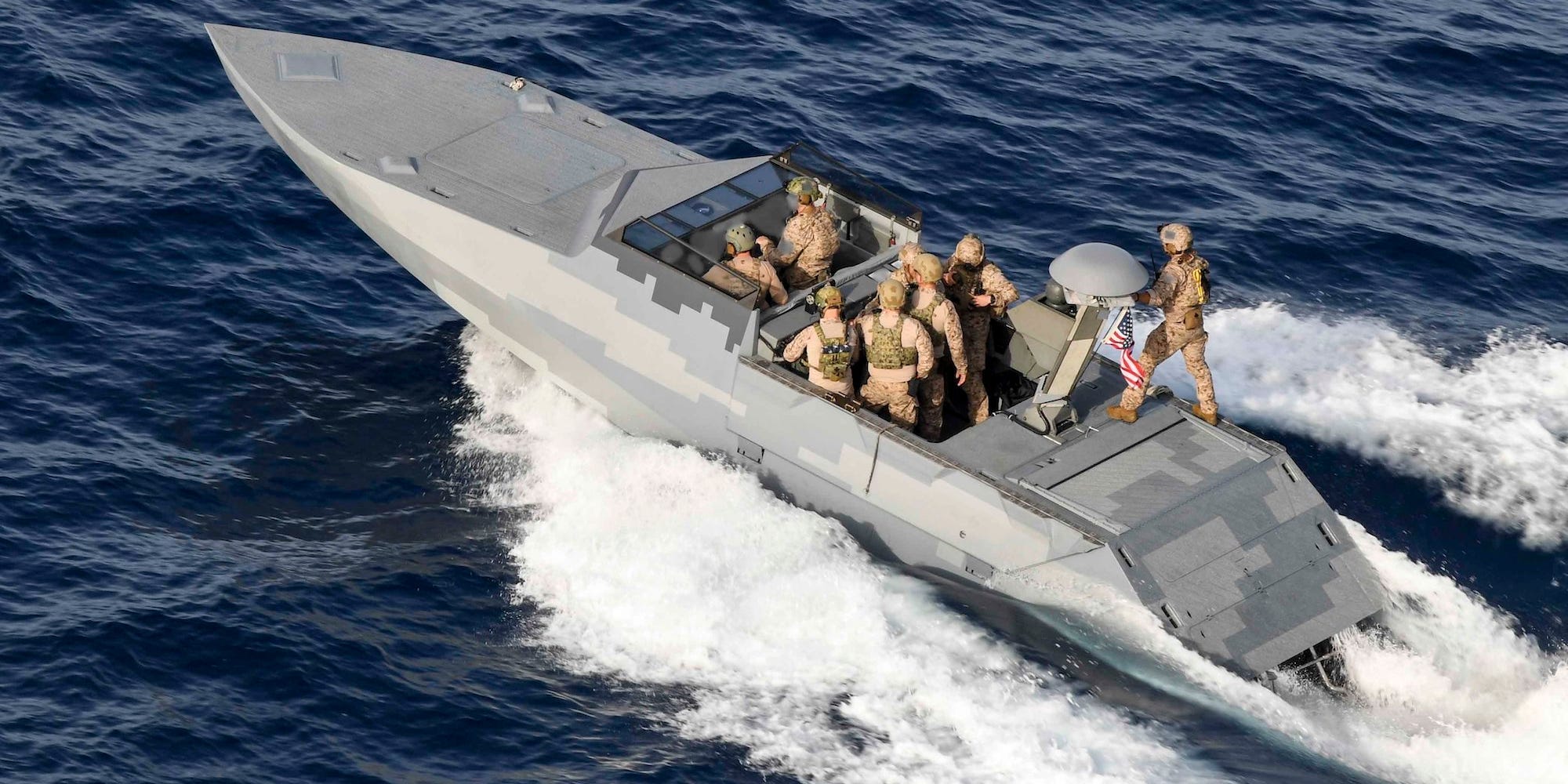 A Combatant Craft Assault assigned to Special Boat Team 20 in the Mediterranean Sea, May 26, 2021.

US Special Operations Command relies on a small fleet of highly advanced special-operations boats to get special operators on target silently and safely.

SOCOM has several different vessels designed for different problems and situations, one of which, the Combatant Craft Assault, is one of the US military’s most used special-operations boats.

A small but elite special-operations community operates the CCA and other high-speed vessels. Despite a common misconception, the Special Boat Teams do a lot more than ferry SEALs around. SWCC operators specialize in maritime direct-action operations, special reconnaissance, and the infiltration and exfiltration of other special-operations units.

SWCC capabilities and the sensitive maritime and riverine environments around near-peer adversaries, such as China and Russia, mean that the Special Boat Teams would have an important role in a conflict with one of those countries. Combatant craft assault perform a high-speed pass of Expeditionary Sea Base USS Hershel “Woody” Williams in the Mediterranean Sea, May 26, 2021.

The Combatant Craft Assault is for medium-range special operations and can be used to conduct maritime interdiction, littoral patrol, and insertion and extraction of other special-operations units.

The vessel was designed to bridge the capability gap between smaller special-operations boats, such as the Rigid Hull Inflatable Boat, and the Combatant Craft Medium, which is larger and less agile.

The CCA entered service in 2015, replacing the Mark V Special Operations Craft. The Special Boat Teams can field about 30 CCAs. But the production line is still active, and several boats have already been replaced or upgraded.

The 41-foot CCA has two powerful diesel engines and can reach speeds of more than 60 mph, though the exact number is classified, as is the CCA’s range, but the specs of similar vessels made by the same company suggest the special-operations craft has a range of about 400 miles.

The CCA is made out of composite material, which protects against rust and allows it to be lightweight but durable. It is open to the elements, with just a windshield around the crew compartment. In addition to the four SWCC operators who typically work the boat, it can carry about eight special operators. The Combatant Craft Assault can pack quite an arsenal. It has traditionally been armed with the M2HB .50-caliber machine gun, the M240 7.62 mm machine gun, the M134 mini-gun, and the Mark 19 40 mm grenade launcher.

The special-operations boat can now also carry small drones and may even be equipped with guided missiles in the future. SOCOM is experimenting with several precision-guided munitions, such as the SPIKE NLOS anti-tank guided missile used by AH-64 Apache helicopters.

“The CCA is a handy vessel we use for several different mission sets. We can stake out and interdict a target we know will be passing from a certain waterway, but we can also move around other SOF [special-operations forces] elements without the bad guys knowing we were there,” a former SWCC operator told Insider.

The CCA is also great for Visit, Board, Search, and Seizure operations, during which Navy SEALs, Green Berets, Marine Raiders, or Recon Marines board a suspicious vessel or an enemy ship.

Reflecting its flexibility and versatility, the CCA can be deployed anywhere in the world from land, a larger vessel, or even from the air. The boat is airborne-qualified and can be dropped from the C-17 and MC-130 transport aircraft.

Standard procedure for such airdrops involves the aircraft dropping the CCA with several static-line parachutes, which open on their own after the person or object exits the plane. SWCC operators then jump after the boat and swim to it once safely in the water. A combatant craft assault alongside Expeditionary Sea Base USS Hershel “Woody” Williams in the Mediterranean, May 26, 2021.

While SWCC operations don’t have the same risks as SEAL operations, they are not simple or risk-free.

“These boats can go really fast,” said the former SWCC operator, who requested anonymity because he still works with the Navy. “As a result, the forces we have to sustain while operating them are very intense. This is our version of the ‘g forces’ pilots experience when flying.”

“Our bodies take a toll, and a lot of guys end up getting surgeries on their backs and necks. People are doing studies about possible brain damage from all the banging too,” the former operator added. “This is something people tend to gloss over when talking about the [SWCC] community and their cool boats.”