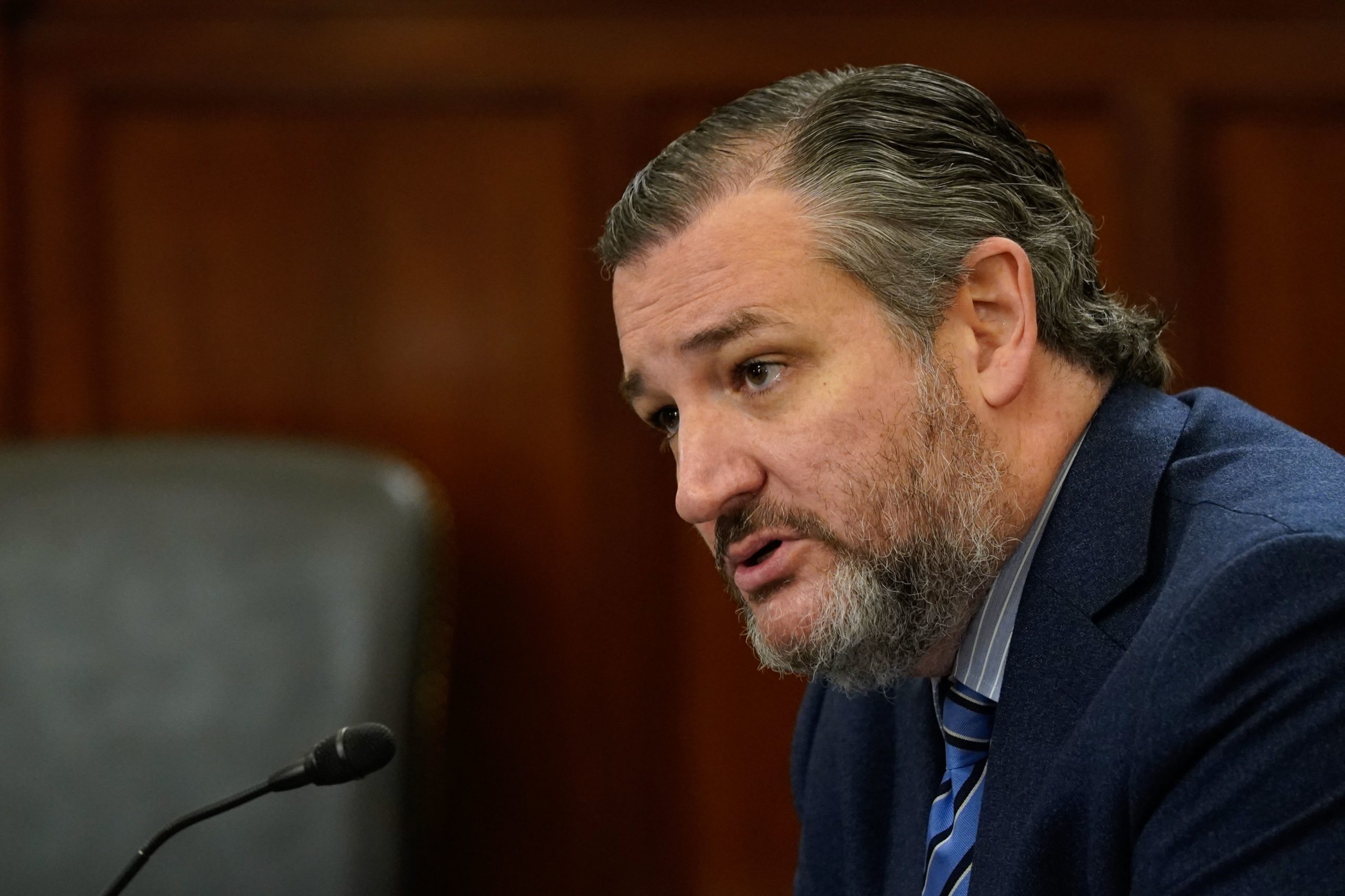 After spending four years on the defensive about Donald Trump’s often-conciliatory posture toward Moscow, Republicans are hoping for their own Russia reset this week.

Their vehicle for that pivot is an imminent Senate vote on sanctions for a Russia-to-Germany gas pipeline. With the Biden administration vehemently opposed to the sanctions, the debate gives GOP senators an opening to squeeze centrist Democrats and those in competitive reelection races this fall who are eager to show they’re tough on Russia.

More broadly, though, Republicans see an opportunity to turn the page on an era that found them struggling to defend the former president’s periodic coziness with Vladimir Putin’s government amid Russia’s documented meddling in the 2016 election.

What won’t happen, however, is an outright win for the GOP. The White House is aggressively pushing Democrats to reject Sen. Ted Cruz’s bill financially walloping the pipeline known as Nord Stream 2, and Democrats are expected to block the legislation as soon as Thursday.

But Republicans are eager to leverage the issue to their political advantage as President Joe Biden navigates delicate talks with Russia over its military buildup on the border with Ukraine.

Democrats have “just spent an enormous amount of political capital holding all their people together who do not want to be in that position” of opposing the sanctions, said Sen. Jim Risch of Idaho, the top Republican on the Foreign Relations Committee. “I mean, this absolutely doesn’t make sense.”

Biden and his national-security deputies contend Cruz’s bill would undercut their push for unity with European allies against Russia’s aggression, in Ukraine and elsewhere. Yet the administration’s lobbying against the Cruz bill, paired with Democrats’ counter-proposal to it, strikes Republicans as frantic maneuvering to prevent an embarrassing loss.

And the GOP’s approach is backed by top Ukrainian officials, including President Volodymyr Zelenskyy, who has publicly urged senators to back Cruz’s legislation. (Ukraine has long opposed the Nord Stream 2 pipeline, which circumvents its territory, worrying that the energy project would strengthen Moscow’s footing in Europe.)

Cruz crowed that “the White House is scrambling. They are trying very hard to put political pressure on Democrats.” The conservative Texan, who has been leading the pipeline sanctions push for months, added that the forceful Biden administration response comes after Democrats “spent five years with Donald Trump as president screaming, ‘Russia Russia Russia.’”

Indeed, the Biden administration is working hard to ensure that there are as few Democratic defections as possible on the sanctions vote. Senior State Department officials briefed on-the-fence Democrats on Monday night, and a trio of officials from the Defense, State and Treasury departments came to the Capitol on Wednesday to persuade senators and aides. The State Department also blasted out a memo on the matter to Senate offices.

The Biden administration’s arguments appear to be resonating with Democrats, even those who have been the most vocal about the need to sanction Nord Stream 2. Nearly all Democrats have thus far resisted Cruz’s approach, citing the need to allow Biden to engage in diplomacy with the Kremlin over concerns that it will move to re-invade Ukraine in the coming days.

Democrats have also accused Cruz of abusing the Senate’s rules in order to force a debate on his sanctions package. The Texas Republican secured a vote on his bill as part of an agreement last month with Democratic leaders after Cruz held up quick confirmation of dozens of Biden’s ambassador nominees.

The Biden administration faced bipartisan criticism last year when it decided to waive mandatory sanctions on the pipeline out of a desire to repair relations with Germany, which supports the project as a means to bolster its natural gas resources. But the new German government has since changed its position on the issue, agreeing to hold off on final certification of Nord Stream 2 while Putin threatens an invasion of Ukraine.

Democrats had previously backed sanctions on the pipeline but now contend that the circumstances surrounding the issue have changed, requiring a shift on their part as well.

In response to Cruz’s gambit, a large group of Democratic senators unveiled legislation on Wednesday that would impose biting sanctions on Russia — including on Nord Stream 2 — if Moscow invades its neighbor. The plan, Democrats say, preserves Biden’s ability to use the not-yet-operational pipeline as leverage to convince Putin to back down.

“That’s the first and foremost reason I did it,” Senate Foreign Relations Chair Bob Menendez (D-N.J.), who introduced the counter-proposal on Wednesday, said in an interview. “We face an immediate challenge — the potential of Russia invading. So which is the better course to deter Russia?”

The clash between the two legislative courses on Russia may not break along easy party lines this week. Democrats warn that Cruz’s bill would splinter the U.S. from European allies, undermining Biden’s push for trans-Atlantic unity in the face of Russia’s aggression. They say Cruz is rooting for Biden to fail and hoping to prop up his own presidential ambitions.

Yet even as Republicans blast the Menendez-led effort as a bid for political cover designed to give Democrats an opportunity to oppose Cruz’s bill while maintaining a tough posture toward Russia, some of them could end up voting for it. Sen. Kevin Cramer (R-N.D.) is among those in the GOP expressing openness to the severe sanctions prescribed in Menendez’s bill, which lawmakers believe would be justified if Russia invades Ukraine.

“You might get 95 senators voting for that, maybe 99,” added Sen. Ben Cardin (D-Md.), a top Foreign Relations Committee member, said of the Menendez proposal, which is backed by Majority Leader Chuck Schumer. “There’s a view that that’s being used for cover on the Cruz vote, which I don’t see it as that.”

Republicans would prefer to keep the focus on Democrats who have backed away from Cruz’s bill, noting that nearly all senators previously supported the exact sanctions outlined in the legislation.

“At this point, the only thing that’s changed is that instead of a Republican in the White House, there’s a Democrat in the White House,” Cruz said. “And an awful lot of Senate Democrats right now seem perfectly willing to put partisan loyalty above national security.”

The Senate GOP campaign arm is already using the vote to squeeze vulnerable Democrats who are up for reelection this year.

At least one of those Democrats, Nevada Sen. Catherine Cortez Masto, plans to support Cruz’s bill. But it’s unclear if more Democrats will join her, and Republicans are conceding that it’s unlikely they’ll secure the requisite 60 votes for passage.