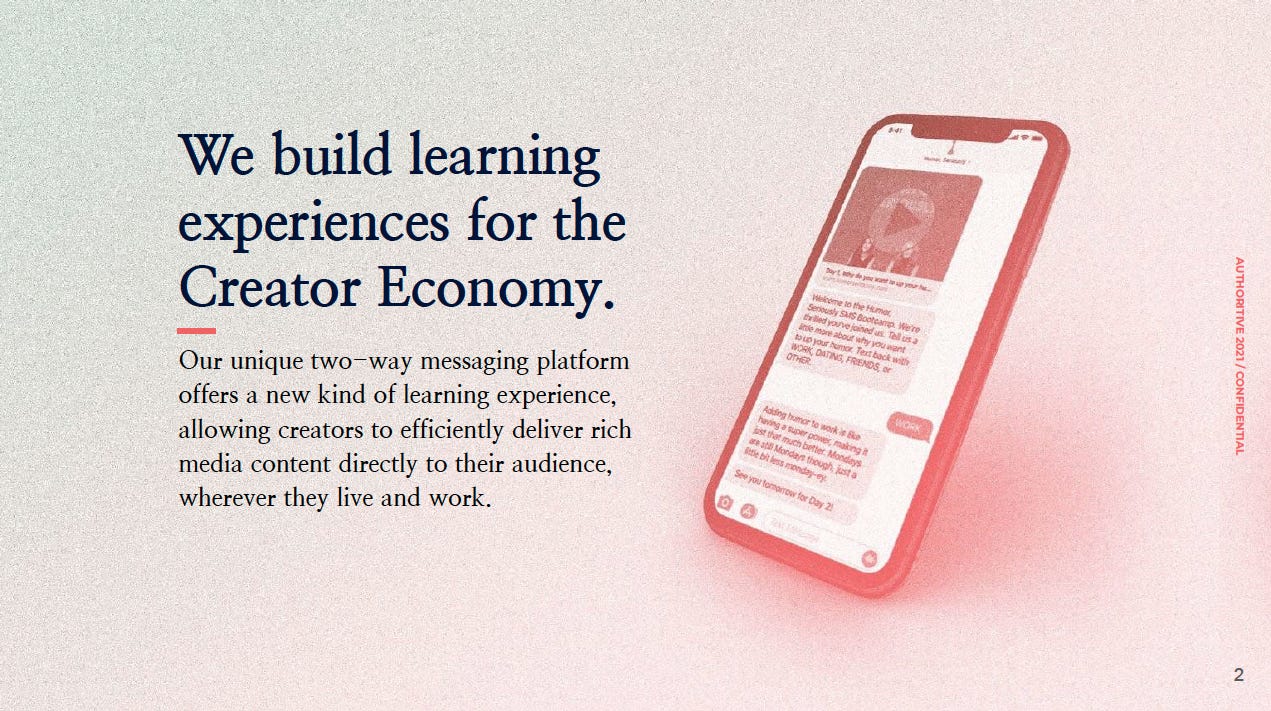 Authoritive is an online course-development startup that recently raised $5 million seed round.

The phrase “creator economy” skyrocketed as a buzzword in 2021 as creators, VCs, and entrepreneurs rushed to cash in on a booming industry.

More than 70,000 people used the phrase online between January and September 2021, according to United Talent Agency’s IQ department, which tracks influencer-industry trends. Even Mark Zuckerberg is using the phrase.

Money spent by marketers in the influencer-marketing industry is estimated to exceed $4 billion by 2022, according to Insider Intelligence — but the creator economy now extends far beyond marketing.

Fueling this rapid growth is the millions of dollars being invested into startups like subscription platform Patreon (valued at $1.2 billion in 2020) or affiliate marketing platform LTK (formerly RewardStyle, which was recently valued at $2 billion). Creators themselves are getting investors, too, and groups — like esports team Faze Clan — are going public.

Here are 20 creator economy startups to watch as the space heats up, according to top VCs

The Information estimated that nearly $3.7 billion has been invested into creator-focused startups in the US as of October 2021. And there are hundreds of startups in the market.

So, how do creator economy startups land those investments? Often, it starts with a pitch deck.

“My pitch is always why, what, how, and why now?” Tran said. (Read the full pitch deck here.)

But every startup has a different approach.

Insider talked with a handful of founders who’ve pitched their startups to investors about their process. They broke down the pitch decks they used to secure millions of dollars in funding.

Read the pitch decks that helped seven creator-focused startups to fundraise a combined total of more than $130 million: