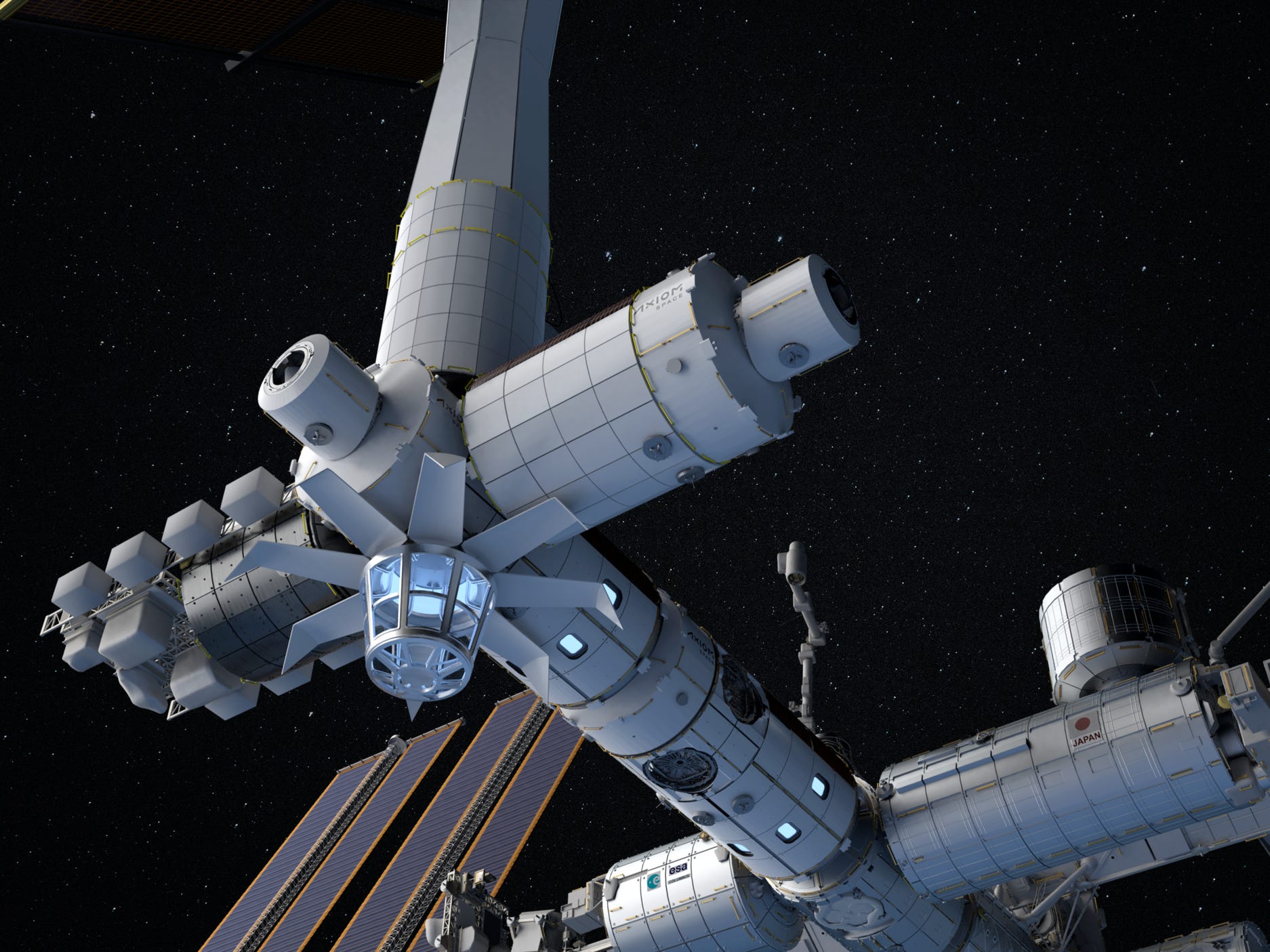 The exterior of an Axiom module, which the studio will be modeled after.

The film industry is quite literally reaching new heights, with the forthcoming launch of the world’s first entertainment studio and multi-purpose arena in space.

Elena and Dmitry Lesnevsky, producers on an upcoming Tom Cruise movie set in space, announced on Thursday that they signed a deal to build a fully operational movie studio connected to the International Space Station. The 20-foot-wide studio, dubbed Space Entertainment Enterprise-1 (SEE-1), is slated to launch December 2024 and will be the world’s first functional entertainment and content studio in space.

SEE-1 will be developed in partnership with Huston-based space infrastructure developer, Axiom Space, the company behind the world’s first commercial space station, Axiom Station. Once it’s ready for launch, the studio will dock with Axiom Station, which is currently attached to the ISS.

According to Axiom, the module will be able to support production, broadcast, and live-streaming for film, television, music, and sports projects.

“Adding a dedicated entertainment venue to Axiom Station’s commercial capabilities in the form of SEE-1 will expand the station’s utility as a platform for a global user base and highlight the range of opportunities the new space economy offers,” Axiom president and CEO Michael Suffredini said in a statement.

The Levenskys’ U.K. studio confirmed to CNBC it is currently in production on the Tom Cruise-led film, though it is not clear whether Cruise will wait for the debut of the SEE-1 studio to shoot. The interior of the Axiom Station.

NASA previously granted Axiom a $140 million contract to attach its habitable module to the International Space Station. The company will eventually detach Axiom Station before the ISS retires, at which point it will become a free-flying space station.

The Lesnevskys plans on producing their own content from the SEE-1 module, but also said they plan to open up the habitable space station for use by other entertainment companies.

While the Cruise-led space movie currently remains untitled, the project is not tied to the actor’s blockbuster “Mission Impossible” franchise, Deadline reported. The budget for the film is estimated to be a whopping $200 million, according to IMDB Pro.

Cruise, whose projects are known for pushing the limits in production and stunt filming capabilities, announced in 2020 he was working with Elon Musk’s SpaceX and NASA to shoot the first narrative feature onboard the ISS.