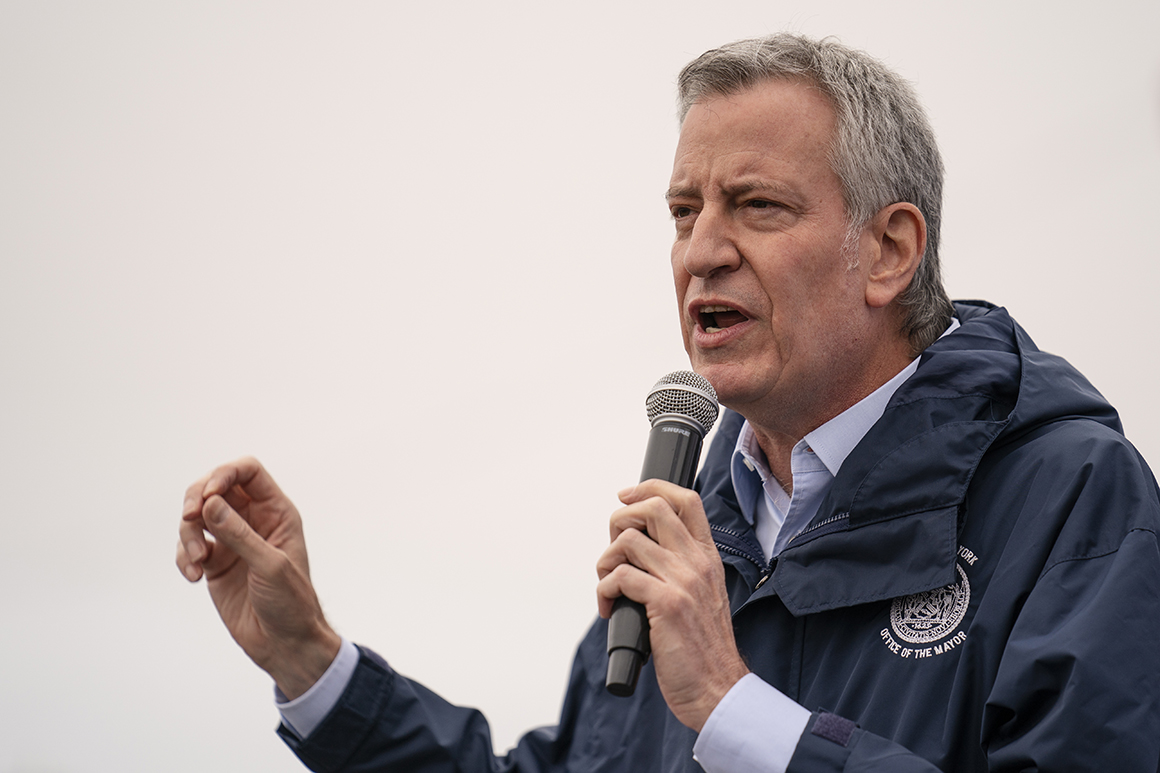 The new statute requires every worker at New York City businesses employing more than one person to show proof of vaccination, with the exception of remote staff and those who are covered by religious or medical exemptions.

“Covid is bad for humans. It’s bad for our health. But it’s also bad for business,” de Blasio said during a Monday press briefing. “And if we want to avoid shutdowns, and I believe we must, we need more and more people vaccinated.”

Omicron latest: Hospital admissions and case numbers continued to climb. As of Saturday, the seven-day average of new cases reached 17,334 and there were 296 people admitted to the hospital for suspected cases of Covid-19.

The new rule comes in the wake of already-existing vaccine requirements for restaurants and indoor entertainment and a separate vaccine mandate for city workers, which boosted the inoculation rate among recalcitrant workers in several agencies.

What’s next: The mayor, whose term ends on Friday, said that city inspectors will begin dropping in on a handful of the 184,000 businesses covered by the mandate to check for compliance. Rather than focusing on fines, de Blasio said agencies will work with owners to bring their firms into compliance.

But it could be a short-lived exercise.

Mayor-elect Eric Adams, who takes office on Jan. 1, has not committed to continuing the policy, and has said that he will reevaluate it once he is sworn in.