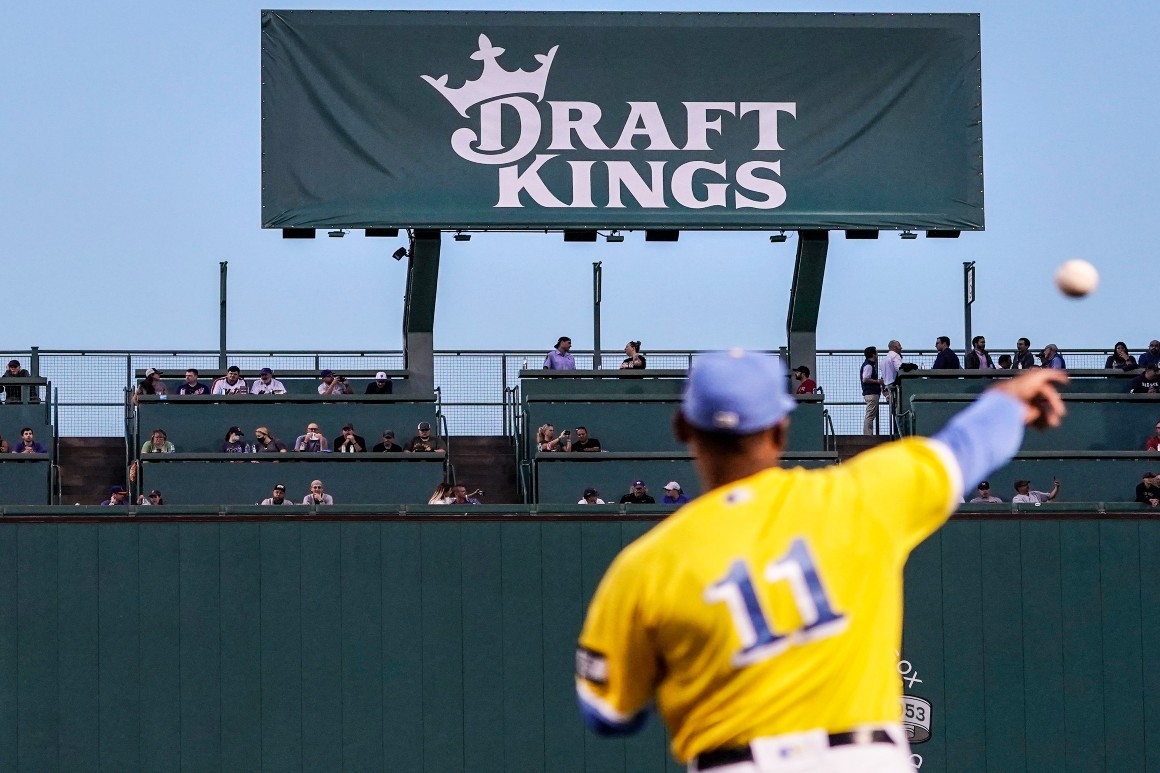 ALBANY, N.Y. — New York gamblers in recent years have flocked to New Jersey to bet on sports, helping make the state the biggest athletic wagering destination in the nation. Some simply made the trip across the George Washington Bridge to click their phones, place their online bets and head home.

Those days could be over.

Two weeks ago, the border battle heated up: New York entered the online sports betting market, making it the largest state in the nation to allow for sports betting and ramping up the competition as more and more states fight for their share of an industry long confined to Nevada.

New York has surpassed early predictions as sports gambling giants like FanDuel, DraftKings and Caesars lured in new customers through massive incentives and free bets ahead of the start of the NFL playoffs.

In its first weekend, the four online sports operators in New York took in $150 million in wagers, and 650,000 unique player accounts were set up — which grew to 1.2 million accounts by the end of the first week, according to GeoComply, a software provider that ensures location for sports bettors. That’s more than New Jersey and neighboring Pennsylvania combined for the same period.

And with twice the population of New Jersey, New York, with its 20 million residents, is likely to eventually eclipse the title New Jersey has held since 2019 as the sports betting capital of the nation after its revenue surpassed Nevada and its sprawling Las Vegas sports books.

“With a product as we have, I would expect we leapfrog over New Jersey,” said state Sen. Joseph Addabbo (D-Queens), who sponsored the sports betting measure in New York. “But it is about sustainability and the long term.”

It‘s taken four years for sports betting to go from a dark market vice, relegated for most Americans to bar bookmakers and risky offshore gaming sites, to an accepted pastime in the vast majority of the country.

And New Jersey was the most aggressive to get into the market after winning and losing a number of lawsuits along the way, helping it to cement its national lead as other states sought to catch up.

Sports betting has been legalized in more than 30 states, with 18 having some form of online wagering. It has quickly become a cash cow for states and local governments followingthe 2018 Supreme Court ruling overturning a federal ban that essentially gave Nevada a legal monopoly on the industry.

In New Jersey, the amount bet on sports exceeded $1.3 billion last October alone, a national record, and all but $100 million of it came from online wagering, even with the state’s nine casinos in Atlantic City and three racetracks offering in-person betting.

In New York, four upstate casinos have offered in-person betting since 2019, but the revenue has been paltry compared to the early weeks of online betting.

And the industry is in its infancy.

California is eyeing a referendum in November to likely decide whether it will enter the burgeoning sector, and Ohio is expected to have online sports betting in 2023.

In two of the other largest states, Florida and Texas, sports betting remains uncertain. A federal judge last month rejected Florida’s bid to legalize it through the Seminole Tribe of Florida, leaving the state also with the possibility of a referendum in November. In Texas, lawmakers might reconsider it in 2023 when state lawmakers return to Austin.

Goldman Sachs last March estimated that online sports betting and internet gambling revenues in the U.S. may grow from $900 million a year to $39 billion by 2033.

New York’s entry into the mobile industry may serve as a key guide of the room for growth.

In other words, there appeared to be enough interest in New York to limit the impact in New Jersey.

“The momentum of New York’s sports betting launch has continued, and it is mostly homegrown,” said Lindsay Slader, the company’s managing director of gaming, in a statement.

“New York’s launch of mobile/online sports betting is likely to only impact patrons living close enough to the New Jersey border to make travel from New York to New Jersey for the purpose of wagering convenient,” said Jane Bokunewicz, the faculty director at the Institute of Gaming, Hospitality and Tourism at Stockton University in Galloway, N.J., in an email.

How sustainable the rush in New York will be is uncertain. The state expects tax revenue to grow from $375 million in coming fiscal year to $518 million by 2027. And, like with regular casino gambling, the ultimate size of the market for sports betting could be limited.

Still, New Jersey said it is well-positioned to stay competitive with New York for one key reason, in particular: taxes.

New York’s tax rate on mobile sports betting providers is 51 percent, among the highest in the nation, compared to 14.25 percent in New Jersey.

And New Jersey’s sports wagering revenue, which is what is left after payouts to winners, has showed no signs of slowing: It doubled between 2020 and 2021 to a nation-leading $816 million, state records show.

“There’s no doubt about it, it will have some impact, but I think we’re well positioned,” he said. “The tax environment in New jersey is much better than in New York.”

For Atlantic City, which struggled for years after casinos began opening in other East Coast states, mobile sports betting and other internet gambling games New Jersey has allowed give the resort town another way to build revenue without having to draw gamblers to its hotels.

In 2021, internet gambling and sports betting represented 46 percent of the total gaming revenue in New Jersey, putting it nearly on par with all the revenue the casinos brought in from traditional gaming, records show.

Perhaps the biggest impact so far has been in the physical sportsbooks in New Jersey. Attendance has been down at the Meadowlands Racetrack sportsbook, a mere 10 miles from midtown Manhattan and by far the largest one in the state.

Owner Jeff Gural, who also owns a sportbooks and horse track in the Southern Tier region of New York, said he expected more of a hit on the mobile side of the business rather than the in-person toll side at the Meadowlands.

But he also wondered how long New York’s rise will last. Many customers were probably lured in by big promotions, such as $300 in free bets offered by Caesars.

“I think we have to see what happens six months from now when all the free money disappears,” Gural said.