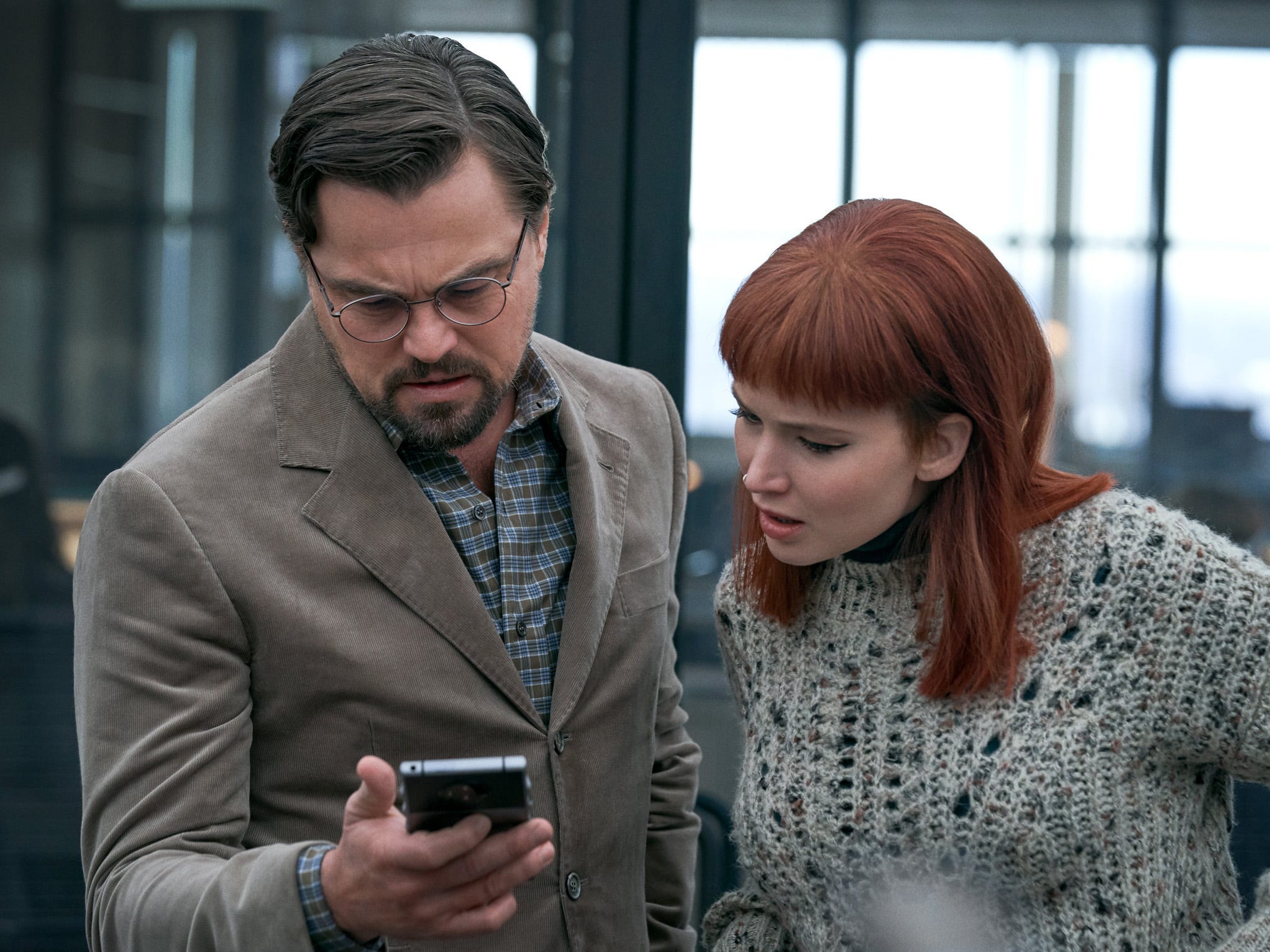 Leonardo DiCaprio and Jennifer Lawrence in “Don’t Look Up.” “Don’t Look Up,” a satirical comedy starring Leonardo DiCaprio and Jennifer Lawrence, is now available to watch on Netflix. The movie is written, produced, and directed by Adam McKay, who’s responsible for hits like “Vice” and “The Big Short.” The film’s streaming release comes just two weeks after its debut theaters on December 10.

“Don’t Look Up” features DiCaprio and Lawrence as a pair of scientists on a media tour to warn the world of a comet that could destroy the planet. The film’s ensemble cast includes big names like Jonah Hill, Ariana Grande, Meryl Streep, Tyler Perry, Ron Perlman, and Timothée Chalamet.

The movie satirizes the response of the media, government, and society at large in the face of global crises like climate change. “Don’t Look Up” has already received multiple award nominations, and is being called one of the best films of the year by the National Board of Review and the American Film Institute.

How to watch ‘Don’t Look Up’

You can now stream “Don’t Look Up” exclusively on Netflix. The movie initially debuted in theaters on December 10 and is still available to watch on the big screen in select locations.

Netflix starts at $8 a month for a basic plan without HD streaming. The standard plan ($14/month) includes HD streaming for two devices simultaneously, while the $18 premium plan allows 4K streaming on up to four devices.

“Don’t Look Up” is available to stream in up to 4K resolution with HDR and Dolby Atmos on supported devices. The Netflix app is available on every major media player and smart TV brand.

What else can I watch on Netflix?

Netflix has tons of original movies and shows you can’t find anywhere else, including the recently released action flick “Red Notice,” a new season of “The Witcher,” and the Sandra Bullock drama “The Unforgivable.”

Though Netflix has become one of the more expensive streaming services, there’s no shortage of new releases and the company continues to invest in lots of exclusive content.