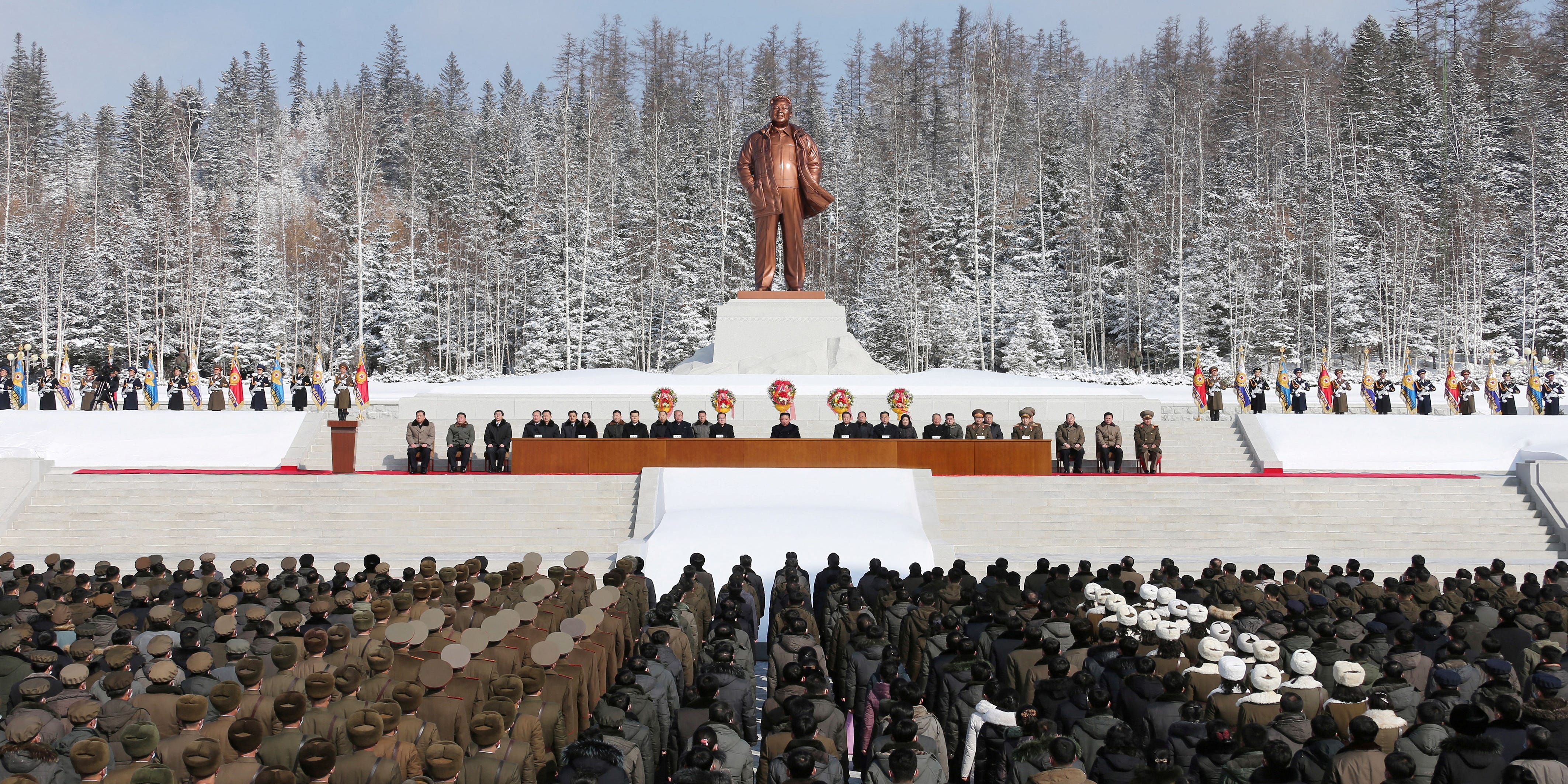 The celebratory event marking the 80th anniversary of the birth of Kim Jong Il, who died in 2011, was held outside in the northern city of Samjiyon, and the maximum temperature was 5 degrees Fahrenheit, according to NK News. Although North Korea claims that Kim Jong Il was born at a secret site near Samjiyon in 1942, Soviet records suggest he was actually born in eastern Russia. Some North Korea watchers, comparing this celebration to past events, suspect that Kim and other officials on stage may have been using heaters to keep warm.

Colin Zwirko, a senior analytic correspondent for NK News, noticed a large clump of wires could be seen running underneath the red carpet under the long desk at which Kim was seated. The speech celebrating the Kim family lasted about 30 minutes, during which time attendees stood at attention without gloves or ear coverings.

The event held on Tuesday was the first “National Meeting,” as the events are called, since July 2019. These events usually take place on the day before major holidays, including the birthdays of former and current leaders.