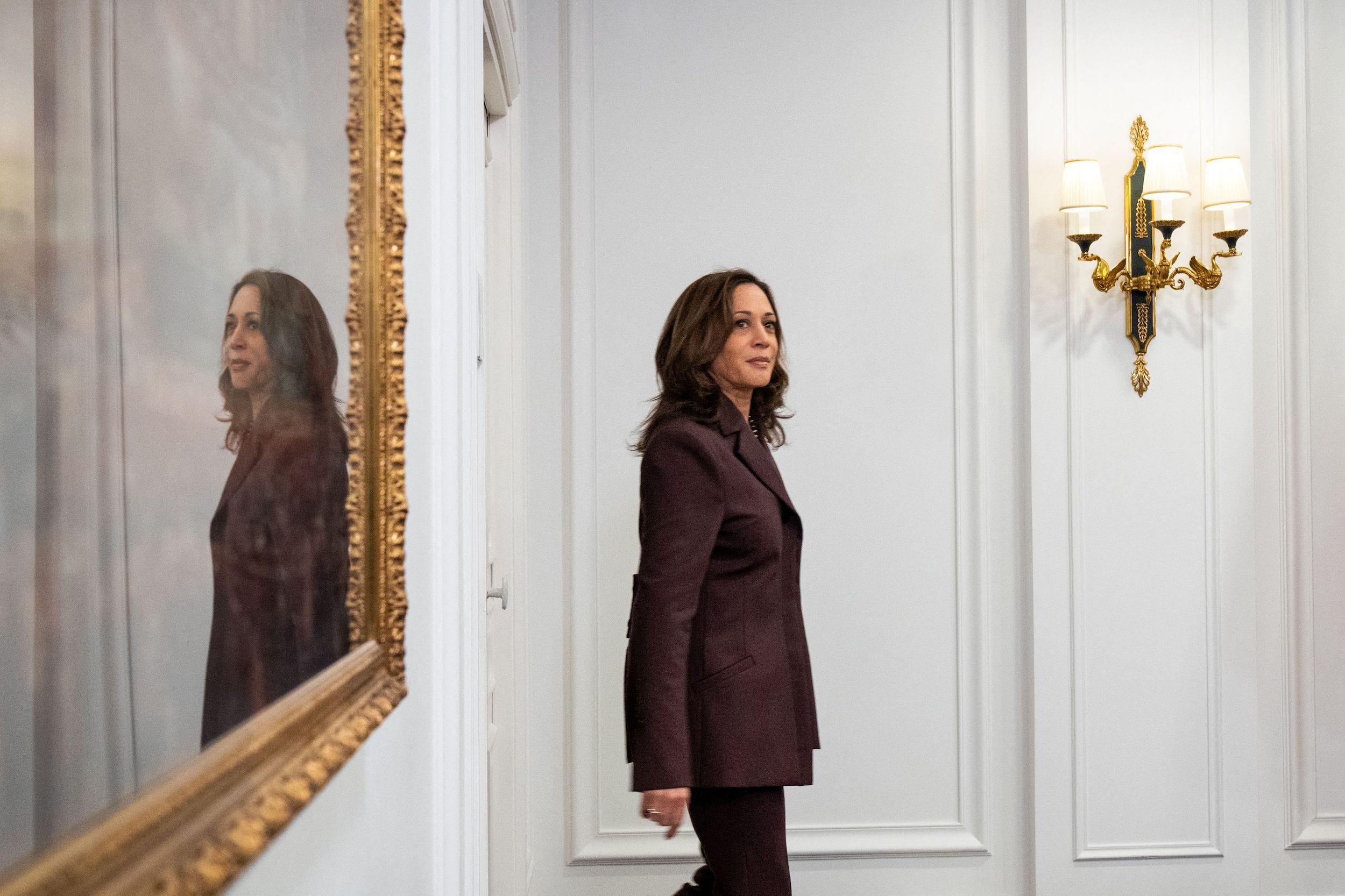 Vice President Kamala Harris’ political team has put into place a number of changes in a concerted effort to boost her public reception and political future after hitting some turbulence in her first year in office, according to The Washington Post.

Harris, a former California state attorney general and US senator, has had a meteoric rise on the national political scene, moving into the Naval Observatory only four years after she walked into the Senate Chamber in 2017.

However, months after taking office last January, she faced a series of media reports about dysfunction in her office, coupled with news of stagnant approval ratings, which advisors and supporters feel have dampened the fortunes of the first female, first Black, and first Indian American vice president in American history.

Now — nearly one year after the inauguration — there’s a major effort for a successful reset by Harris’ team.

The vice president has brought on Jamal Simmons, a longtime Democratic analyst who been a staple on cable news programs, to become her communications director at a time when many have said her office has lacked consistent messaging on her duties and accomplishments.

After stepping back from attending large events alongside President Joe Biden, Harris has become a more visible presence, as was evidenced at the signing of the $1.2 trillion bipartisan infrastructure bill in November and their joint appearance in Atlanta on Tuesday where they both pushed for the passage of voting-rights legislation that has stalled in Congress.

And after having a schedule that featured a limited number of interviews with media figures, Harris has had a stronger television presence in recent weeks.

As Democrats face political headwinds in maintaining their congressional majorities in 2022, the vice president is also set to become a familiar presence on the campaign trail — a relief to many who want to see her engaged with voters ahead of an expected 2024 Biden reelection campaign and a potential presidential run in 2028.

This week’s voting-rights speech in Atlanta was a harbinger of what will be a more substantive influence on public policy from Harris, especially for issues that are being closely watched by the American public.

Before Biden spoke in support of the Freedom to Vote Act and the John Lewis Voting Rights Advancement Act — key pieces of legislation that the party hopes to pass in the face of near-certain Republican filibusters in the Senate — Harris remarked on the bills and introduced the president.

However, several challenges remain for the vice president as advisors seek to jumpstart her role. ‘She can’t own voting rights’

Harris has not yet announced a replacement for Symone Sanders, her former senior advisor and chief spokesperson who left the role in late December and was recently named as the host of a new weekend show on MSNBC.

Last year, after Harris was tapped to focus on the causes of migration from Northern Triangle countries, Republicans lodged a series of attacks about the sharp increase in illegal border crossings and repeatedly asked her to visit the US-Mexico border. When the vice president traveled to El Paso, many Republicans still criticized her for not coming to the region sooner.

A testy exchange with NBC’s Lester Holt over visiting the border led some in the Biden administration to be “quietly perplexed” by her response — in which she also stated that she had not been to Europe as vice president — according to a CNN report.

After the NBC interview, Harris reportedly viewed such engagements with caution and is attempting to put aside her previously “defensive posture,” according to the Post report.

While the vice president granted an interview with NBC’s Craig Melvin earlier this week and forcefully advocated for the administration’s voting-rights push in a manner that was pleasing to many Democrats, she was also grilled about the timetable for COVID-19 tests, which have been in short supply across the country with the rapid spread of the Omicron variant.

The Biden administration plans to make 500 million free tests available to Americans in the coming weeks. When asked if the tests could have been distributed sooner, Harris responded: “We are doing it.”

And some Harris backers are exasperated that Biden has given Harris thorny issues like immigration and voting rights, which will require a Herculean effort and a near-perfect set of circumstances to enact visible progress.

Also, unlike Biden, Harris assumed the vice presidency without decades on Capitol Hill, lacking the contacts and deep relationships that her boss cultivated during his 36-year tenure representing Delaware in the Senate.

According to the Post report, aides said that it has been hard for Harris to debunk the narrative that she is a difficult employer, especially with articles that have mentioned everything from “soul-destroying criticism” to longtime supporters feeling restricted in their access to the vice president.

The New York Times reported last month that Harris privately told allies that she felt as though her media coverage would be “different” if she were a white male, noting her trailblazing status in the role and the high expectations that often come with such a distinction.

Donna Brazile, a former chair of the Democratic National Committee and the campaign manager for former Vice President Al Gore’s 2000 presidential campaign, said that the issues tasked to Harris are complicated and can’t be fit into a set timetable.

“She can’t own voting rights. No one can own a century-long struggle that has defined the country,” Brazile told The Post. “This is a huge assignment. It took a civil war, and then later a civil rights movement, to get us to where we stood prior to 2020. And it’s going to take a lot more to get us further.”