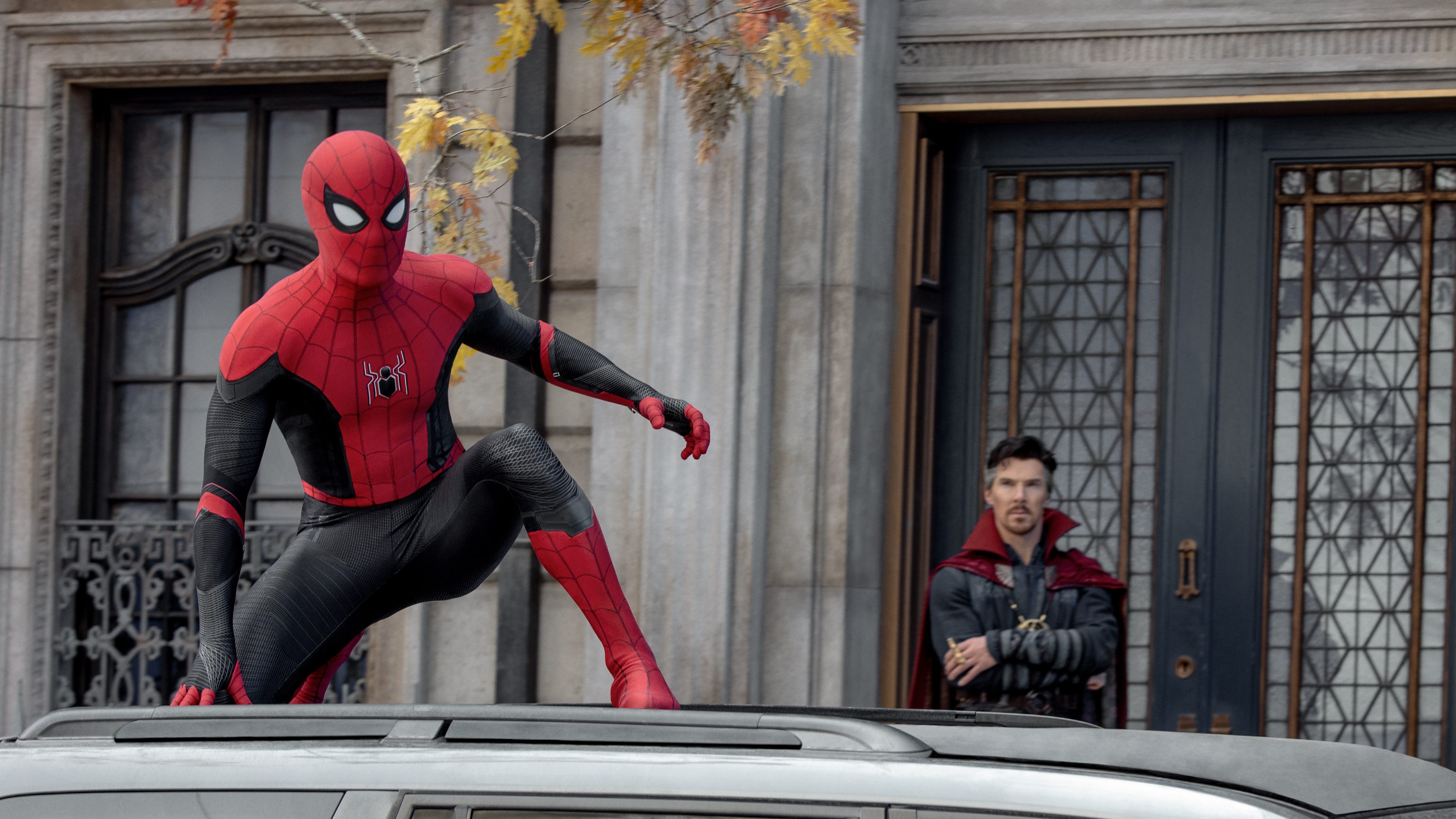 Tom Holland as Spider-Man and Benedict Cumberbatch as Doctor Strange in “Spider-Man: No Way Home.”

Imax ended 2021 on a high note as the larger theatrical industry continues to struggle amid the coronavirus pandemic (notwithstanding “Spider-Man: No Way Home”).

The company, which specializes in high-quality cameras and projection systems, said on Monday that it earned $638 million globally from its theaters in 2021, double its 2020 total.

“There seems to be an increase in demand from audiences to see movies in the Imax format,” Imax CEO Richard Gelfond told Insider during an interview in November.

During the pandemic, the most successful movies have been franchise tentpoles like “No Way Home,” “Venom: Let There Be Carnage,” and “Shang-Chi,” which has been to Imax’s advantage.

Imax has also benefited from the success of the Chinese theatrical market, which is now the world’s biggest. “The Battle of Lake Changjin,” a Chinese war film and the No. 2 highest-grossing movie in the world in 2021 behind “No Way Home,” was filmed with Imax cameras.

The company currently has 700 Imax screens in China, with 250 signed deals for new ones in place. Gelfond said that the market could support as many as 1,300 Imax screens.

Below are the top five movies for Imax in Q4: 4. “The Battle at Lake Changjin” “The Battle at Lake Changjin.” Zendaya and Tom Holland in “Spider-Man: No Way Home.”