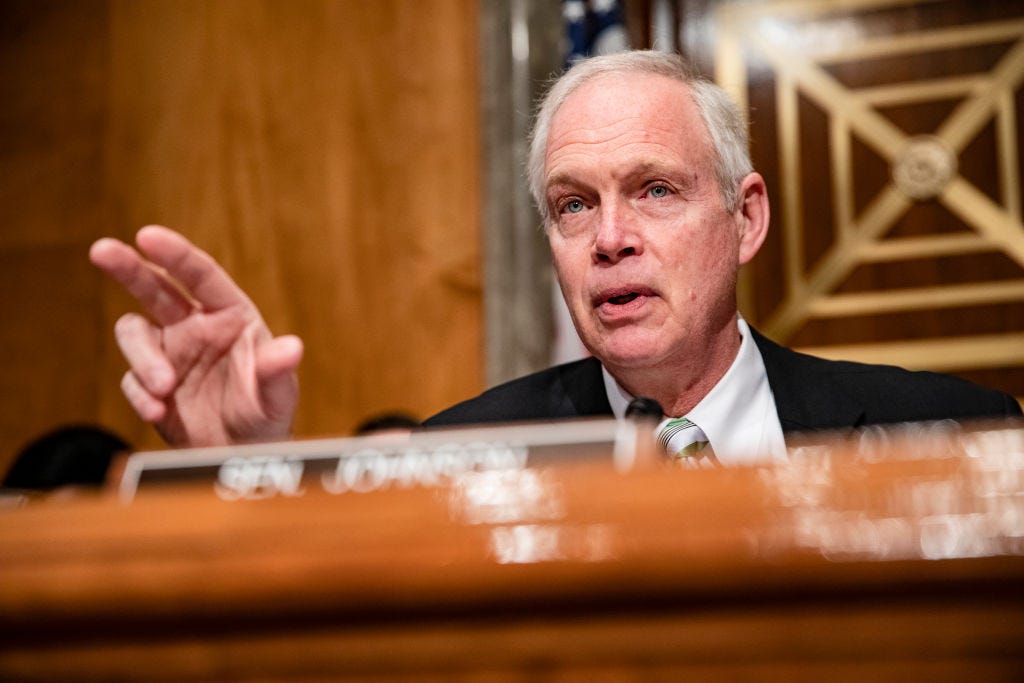 Republican Sen. Ron Johnson of Wisconsin — who was first elected in 2010 as part of the Tea Party wave and previously pledged to serve for only two terms — is poised to run for reelection to a third term in the upper chamber, according to GOP sources who spoke with multiple outlets.

The development would give the GOP its preferred candidate in the hotly-contested Midwestern swing state and comes after months of intense speculation about Johnson’s political future.

Two sources recently told CBS News that Johnson would launch his campaign next week, but the senator was still coy about his intentions for the fall contest, which will be pivotal for both parties as they seek control of the Senate for the second half of President Joe Biden’s first term.

“I’m not ready to say anything,” Johnson told CNN this week when asked if he would make his campaign announcement in the coming days.

A Republican source informed CNN that the formal announcement could come as soon as next week.

Republicans have gathered that Johnson will seek a third term in office — according to party sources who spoke with the media outlet — and would be shocked if he chose not to run.

There have also been larger implications to Johnson’s indecision about the race. Several Republicans who would likely seek an open GOP seat have grown tired of waiting on the senator as they map out their own political plans, according to the CNN report.

In November, Johnson told the Milwaukee Journal Sentinel that he would be best positioned to hold the seat for the GOP.

“Oh, it’s not just me, I think just about everybody I talk to. I mean the political pros believe that,” he told the newspaper.

Johnson — an accountant and businessman — is a staunch ally of former President Donald Trump and has a strong relationship with grassroots Republicans in the Badger State, which Biden narrowly won over the former president in the 2020 election.

The senator has attracted a wave of controversy in recent years, notably in stating that he “might have been a little concerned” if Black Lives Matters protestors had stormed the Capitol while expressing sympathy for the pro-Trump mob that broke into the apex of American government.

In the leadup to the 2020 presidential election, the senator — as chair of the Homeland Security Committee — pursued an aggressive probe regarding Hunter Biden’s business dealings in Ukraine. A report released in September of that year was unable to show that Hunter Biden’s role on the board of a Ukrainian energy company impacted US policy.

Democrats — still smarting from the senator defeating former Sen. Russ Feingold in 2010 and 2016 — have been angling to beat him for years and have a full slate of party members who have launched campaigns in recent months.

The field of candidates includes Lt. Gov. Mandela Barnes — who is seen as the frontrunner in the race — along with state Treasurer Sarah Godlewski, Outagamie County Executive Tom Nelson, and businessman Alex Lasry.

An internal poll released by the Barnes campaign on Friday showed him dominating the Democratic primary with 40% of the vote, followed by Lasry at 11%, Godlewski with 10%, and Nelson earning 8% of the vote, respectively.

The same poll also had Barnes and Johnson tied 43%-43% in a potential general election matchup.