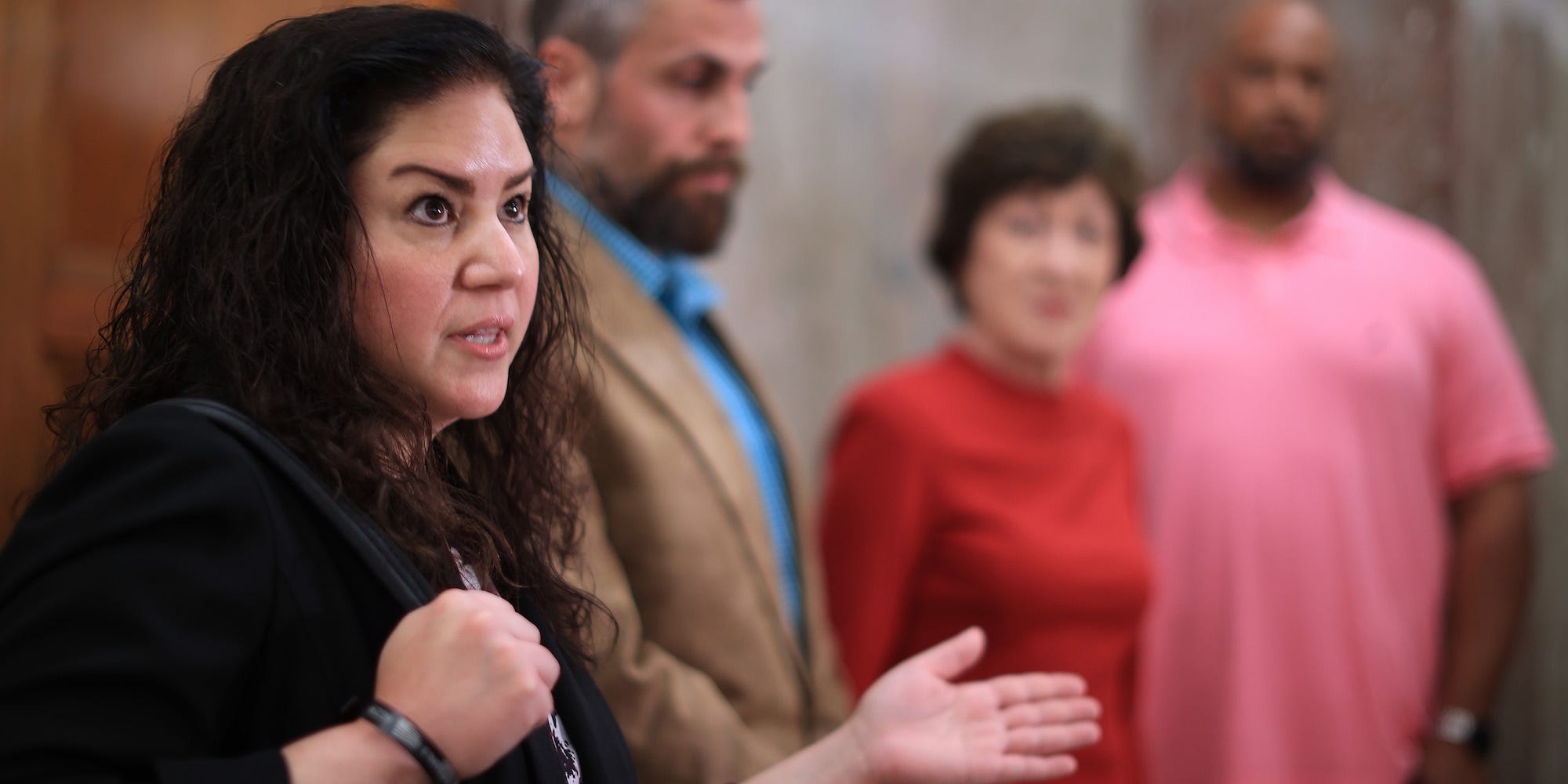 Sandra Garza, partner of the late Capitol Police officer Brian Sicknick, speaks about her support of a January 6 commission following a meeting with Sen. Susan Collins on May 27, 2021.

Sicknick died the day after the attack after suffering two strokes. “All that transpired” at the Capitol riot “played a role in his condition,” according to Francisco J. Diaz, the chief medical examiner of Washington, DC.

Garza told The New York Times that she and Sicknick supported former President Donald Trump and had doubts about the 2020 election. She met with Graham and other Republican senators in May alongside other officers as the Senate considered approving the commission.

But, Garza said, Graham appeared bored and distracted while DC Metropolitan Police Officer Michael Fanone recounted his experiences during the riot. So she confronted the South Carolina senator.

“I feel like you’re being very disrespectful, and you’re looking out the window and tapping your fingers on the desk,'” she recalled telling Graham. Another Republican senator then tried to tell her she was misreading Graham’s body language, further infuriating her, per The Times.

Capitol Police Sergeant Harry Dunn similarly said the experience was enraging. Sen. Tim Scott, who was also at the meeting, said that both him and Graham were in favor of accountability, but not a commission.

In a statement at the time, Graham said that he would not support the commission because it’s “approach will turn into a partisan food fight.” Graham’s office did not respond to Insider’s request for comment for this story.

In May, a motion to begin debate on a bill to create a bipartisan January 6 commission garnered 54 votes in the Senate, failing to reach the 60-vote threshold needed to break a filibuster and allow a vote on the bill.

Every Democrat present voted for it, while only Republican Sens. Susan Collins of Maine, Bill Cassidy of Louisiana, Lisa Murkowski of Alaska, Mitt Romney of Utah, Ben Sasse of Nebraska, and Rob Portman of Ohio voted for it.

With the blockage of a bipartisan commission, House Democrats moved forward in creating their own select committee to investigate January 6.