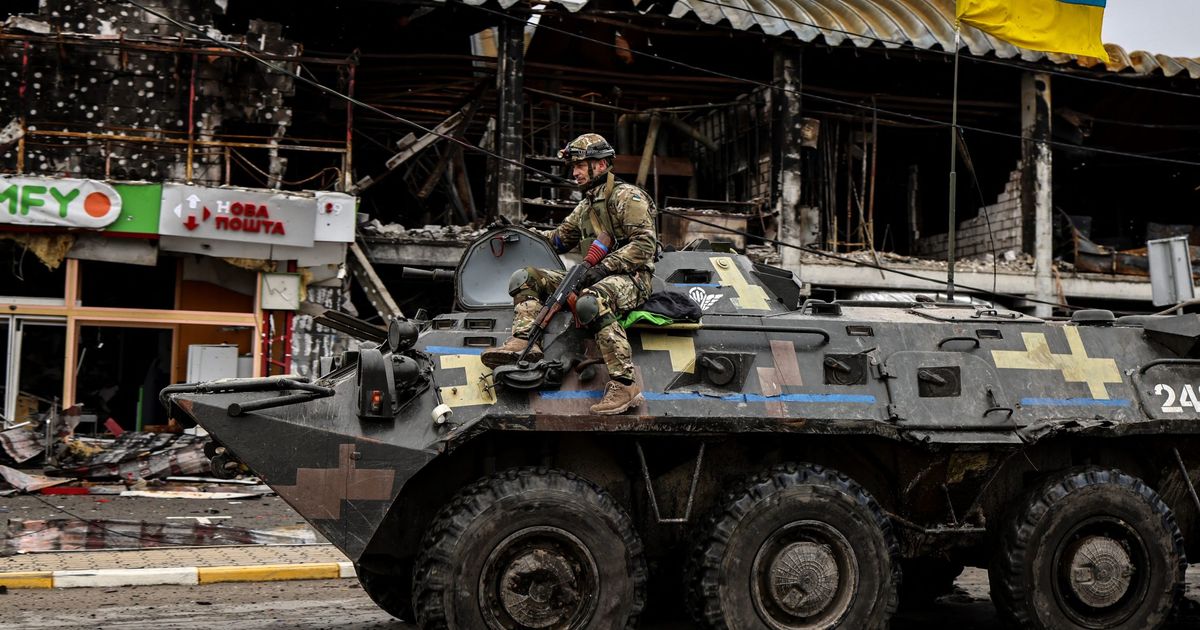 Europe will impose further sanctions on Russia and bolster its support to Ukraine after reports of the massacre and rape of civilians in towns regained from Russian troops.

As Russia concentrated its offensive on the east and south of the country, Ukrainian forces reclaiming villages and towns around Kyiv claimed numerous apparent human rights atrocities. Among their discoveries were dead women left naked in the street and, according to the Ukrainian defense ministry, raped.

“Russian soldiers did terrible things here,” said First Deputy Minister of Foreign Affairs of Ukraine Emine Dzhaparova, as she shared an image of victims in the village of Motyzhyn discovered face down with their hands tied, and shot in the back of the head. In the town of Bucha, Russians killed civilians during their occupation as well as during their retreat, Dzhaparova added in a statement.

On Sunday, Charles Michel, president of the European Council, said he was “shocked by haunting images of atrocities committed by [the] Russian army.”

“Further EU sanctions & support are on their way,” he tweeted.

In a sign that further measures could come swiftly, Germany’s Foreign Minister Annalena Baerbock also tweeted: “We will tighten sanctions against Russia and support #Ukraine even more in its defence.” She said that “those responsible for war crimes must be held accountable.”

NGO Human Rights Watch interviewed 10 citizens from Ukraine who witnessed atrocities, including summary executions in Bucha, about 30 kilometers northwest of Kyiv, and in the village of Staryi Bykiv, in the Chernihiv region. The advocacy group provided a detailed account of its interviews.

“The cases we documented amount to unspeakable, deliberate cruelty and violence against Ukrainian civilians,” said Hugh Williamson, Europe and Central Asia director at HRW. “Rape, murder, and other violent acts against people in the Russian forces’ custody should be investigated as war crimes,” he said.

Outlining a string of further cases, Lyudmyla Denisova, Ukrainian commissioner for human rights, appealed for the international community to investigate, through the United Nations and the Organization for the Security and Cooperation in Europe (OSCE).

Appearing on Sky News on Sunday, U.K. Transport Secretary Grant Shapps said the reports were “horrendous” and “harrowing.” He said it was “absolutely right that this is all properly documented,” to allow those responsible to be brought to international justice.

Estonian Prime Minister Kaja Kallas tweeted that the photos “recall the mass killings by Soviet and Nazi regimes.” “This is not a battlefield, it’s a crime scene,” she added. “Evidence must be gathered, saved for trials, and perpetrators must face justice.”

Reports of this nature are increasing as Ukrainians regain villages and towns surrounding the capital. President Volodymyr Zelenskyy has meanwhile warned of Russia’s offensives in the east and south of the country. Those included renewed bombardment overnight of the ancient and strategic port city of Odesa in the southwest, according to AFP. Moscow announced on Tuesday that it would shift its focus away from Kyiv to the eastern Donbas region.

In a plea to the West to increase its efforts to help the country, Zelenskyy said in a speech on Sunday: “Unfortunately, Ukraine has not yet received enough modern Western anti-missile systems or aircrafts. Hasn’t received what the partners could provide. Could — and still can.”

European leaders have approved four rounds of sanctions on Russia in response to its invasion of Ukraine, but remain divided on imposing an energy embargo on Moscow and have rejected Kyiv’s calls for a no-fly zone.

“Every Russian missile and every bomb dropped only adds black paint to the history that will describe everyone on whom the decision depended. [The decision of] whether to help Ukraine with modern weapons,” Zelenskyy added.

As Hungarians go to the polls Sunday, the Ukrainian president called out Hungarian Prime Minister of Viktor Orbán for being “virtually the only one in Europe to openly support Mr. Putin.” Unlike the rest of Europe, in Hungary, “we saw no effort to stop the war. Why so?” he asked.

In contrast, he said he had had a “meaningful” conversation with British Prime Minister Boris Johnson, during which the pair agreed a new package of “very, very tangible support,” including strengthening of sanctions against Russia. “Thank you, Boris for the leadership. Historical leadership. I’m sure of it.”

Visiting Kyiv on Friday, European Parliament President Roberta Metsola pledged to ramp up assistance to Ukraine and discussed “further-reaching” sanctions on Russia. “We have already provided financial, military and humanitarian assistance — this will continue and it will increase,” she said.

This article has been updated.