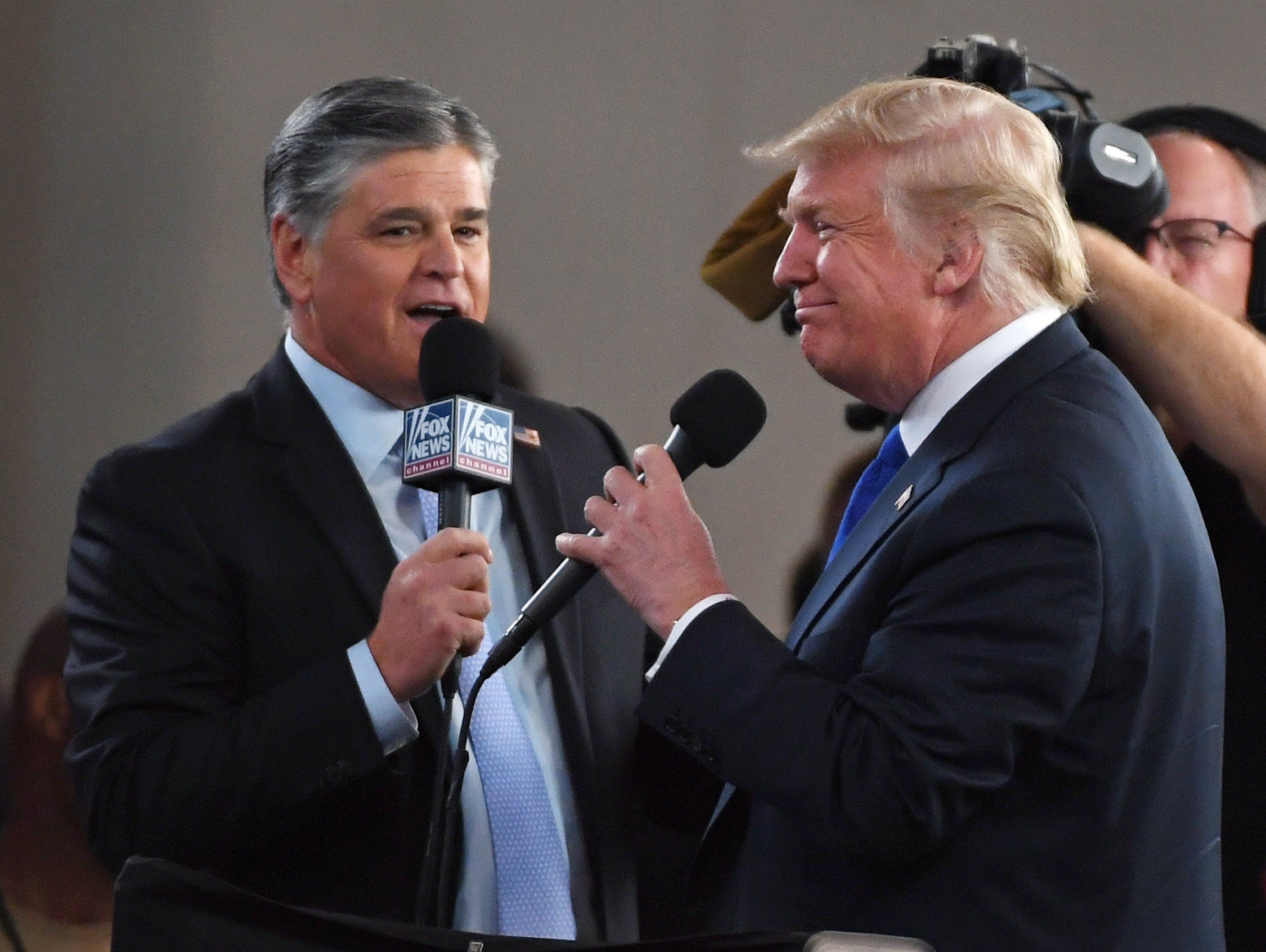 The texts from Fox News host Sean Hannity, a prominent supporter of Trump, indicate he had direct knowledge of the former president’s plans for January 6 and harbored concerns about them, the January 6 committee said

Several days before the Capitol riot, Fox News host Sean Hannity sought to deter former President Donald Trump from trying to use January 6 to overturn the election results, according to texts revealed Tuesday by the House committee probing the insurrection.

The texts indicate that Hannity, a prominent supporter of the former president, held direct knowledge about Trump’s strategy for the day of the electoral vote count and harbored concerns toward the plan, the committee said.

“I do NOT see January 6 happening the way he is being told,” Hannity texted then-White House Chief of Staff Mark Meadows on December 31, 2020, according to a letter sent by the committee to Hannity asking for his cooperation with their investigation.

Hannity advised Trump to instead move to Florida, announce that he would “lead the nationwide effort to reform voter integrity,” and “watch Joe mess up daily.”

His messages suggest that Hannity believed that the counsel’s office had concerns about the legality of Trump’s January 6 strategy, committee chair Rep. Bennie Thompson and vice-chair Rep. Liz Cheney wrote in their letter.

On January 5, the night before the Capitol riot, Hannity also texted persons not named in the letter, saying: “I’m worried about the next 48 hours.”

The January 6 committee further mentioned that Hannity texted Meadows and Congressman Jim Jordan in the days preceding Biden’s inauguration, warning that Trump should avoid pressing his claims about the election.

“Guys, we have to clear a path to land the plane in nine days. He can’t mention the election again. Ever. I did not have a good call with him today. And worse, I’m not sure what is left to do or say, and I don’t like not knowing if it’s truly understood. Ideas?” he wrote in the text, per the letter.

Last month, the committee revealed another set of texts from Hannity to Meadows, which showed that the Fox News host implored Trump on January 6 to ask rioters to leave the Capitol building and stop the insurrection.

Hannity’s lawyer, Jay Sekulow, said the committee’s request for Hannity to cooperate in their investigation “would raise serious constitutional issues including First Amendment concerns regarding freedom of the press,” according to Axios, which first reported on the request. Sekulow did not immediately respond to Insider’s request for comment.

Meanwhile, Trump on Tuesday canceled a planned January 6 press conference to be held at his Mar-a-Lago resort in Palm Beach, Florida, and said he would instead deliver his public remarks at an Arizona rally on January 15.