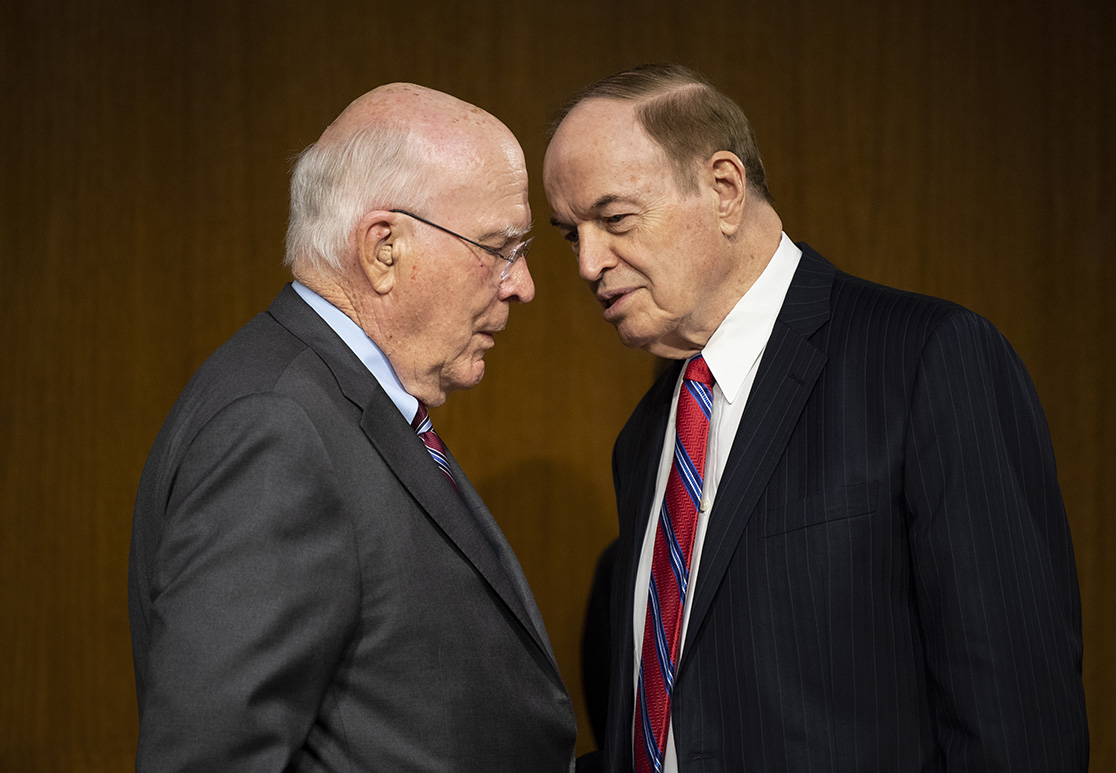 Leaders in Congress finally began cross-party talks Thursday on a possible $1.4 trillion accord that would keep the federal government open through the fall, with five weeks to go until cash runs out again.

The top four spending leaders on Capitol Hill met amicably for the first time in months, a sign that they could move beyond the funding stalemate that forced them to resort to a spending patch in October and again in December to stave off shutdowns. Still, Republican leaders continue to insist that Democrats agree upfront to maintain dozens of controversial policy restrictions — known as “riders,” like the ban on using federal money for abortions — that crop up every year during government funding debates.

Facing another shutdown deadline come Feb. 18, Democrats are under pressure to resolve rider disputes in order to kick-start negotiations on an expansive spending agreement with fresh cash. Their unpalatable alternative: continuing to extend lower funding levels then-President Donald Trump signed into law at the end of 2020.

Senate Appropriations Committee Chair Patrick Leahy delivered a sanguine assessment as he exited the meeting Thursday. “We had a worthwhile discussion,” the Vermont Democrat said.

“The four of us had constructive talks of where we go and how we get there and how we start,” Shelby told reporters after the meeting. “And we hadn’t worked that out yet, and we’re going to continue to talk and meet.”

Democratic leaders have blasted Republicans’ insistence that they give in from the get-go to policy restrictions that were baked into prior funding bills, despite controlling both Congress and the presidency. Besides the high-profile debate over the abortion rider known as the Hyde Amendment, Republicans want Democrats to nix funding for environmental justice work and forgo investment in a Civilian Climate Corps that would fight climate change and maintain public lands.

GOP leaders also want to ensure ongoing funding for controversial federal efforts, like the Department of Health and Human Services’ “sexual risk avoidance” program that provides hundreds of millions of dollars in grants to programs that promote sexual abstinence until marriage. House Appropriations Committee Chair Rosa DeLauro (D-Conn.) repeatedly derided the GOP policy demands this week, before calling the Thursday confab a “constructive” conversation she hopes to continue in the coming days “with the shared goal” of wrapping up negotiations by the Feb. 18 funding deadline.

“An ultimatum is not negotiating,” DeLauro said Wednesday. “There will be a very robust debate around policy issues and riders.”

Ahead of the Thursday meeting among appropriators, Shelby and Leahy huddled earlier in the week with Senate Majority Leader Chuck Schumer and Senate Minority Leader Mitch McConnell in what Shelby described as “a very cordial meeting” about spending negotiations, including Republicans’ desire to set guidelines at the outset of the deal-making.

“We want to establish some parameters, dealing with legacy poison pills, all that off the table,” Shelby said Wednesday evening. “And then we start talking about seriously funding the government.”