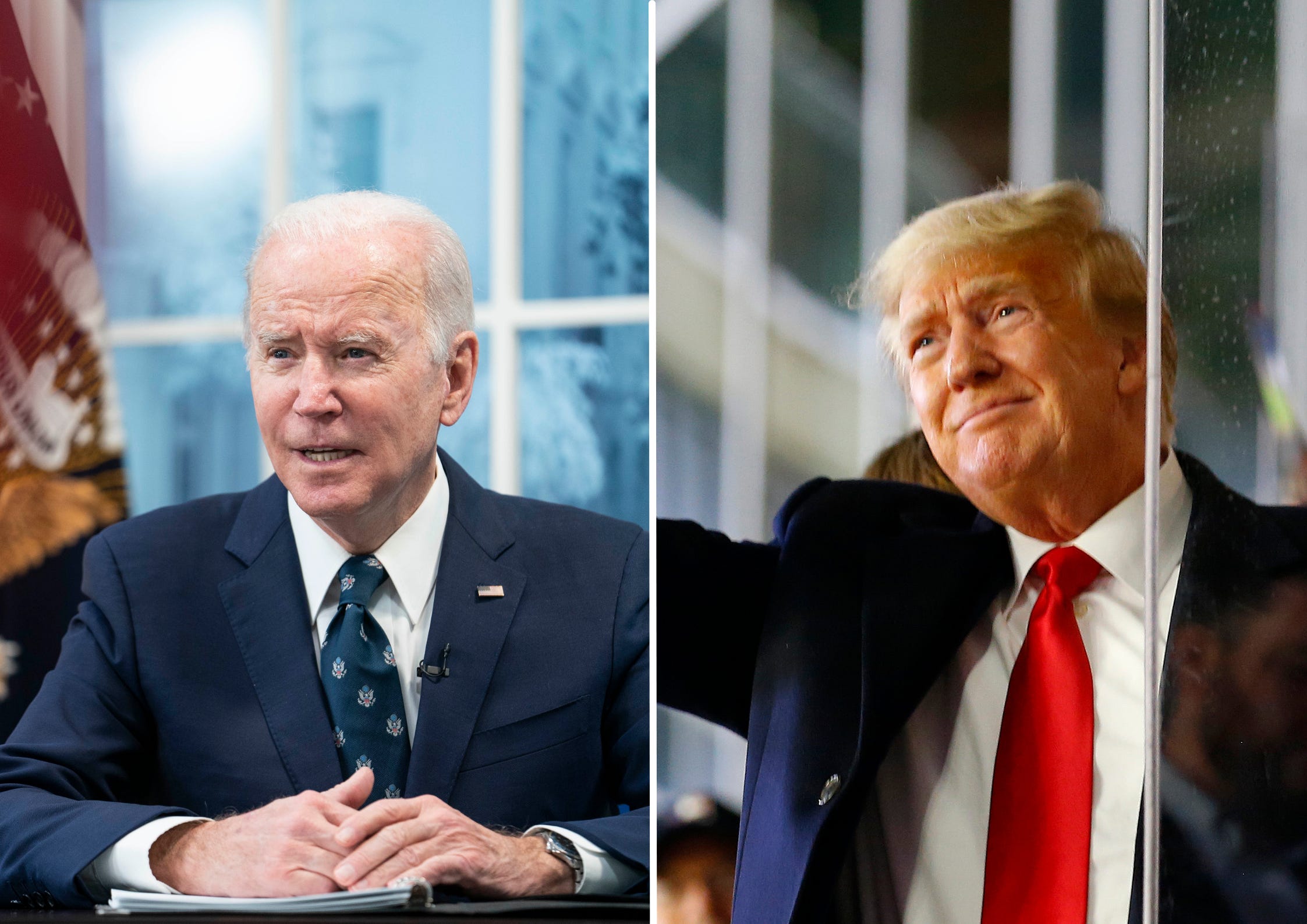 President Joe Biden is expected to lay blame for the Capitol attack on his predecessor in his January 6 address.

President Joe Biden is set to blame the “chaos and carnage” of the Capitol attack on his predecessor, former President Donald Trump, when he speaks publicly to Americans about January 6 on Thursday, the White House said.

“I would expect that President Biden will lay out the significance of what happened at the Capitol and the singular responsibility President Trump has for the chaos and carnage that we saw,” White House Press Secretary Jen Psaki said in a Wednesday press briefing.

“And he will forcibly push back on the lie spread by the former President in an attempt to mislead the American people and his own supporters, as well as distract from his role in what happened,” Psaki continued.

When asked if Biden would single Trump out by name, Psaki said the speech was still in the works, but added that “people will know who he’s referring to.”

The Capitol insurrection on January 6, 2021, left five dead after a pro-Trump mob stormed the building while Congress was in session.

A bipartisan House committee established to investigate the attack has sought to determine the exact role that Trump and his allies played in the siege. The former president urged his supporters that day to “peacefully” march on the Capitol, but also told attendees: “If you don’t fight like hell, you’re not going to have a country anymore.”

The president, she added, has repeatedly said that Trump “abused his office, undermined the Constitution, and ignored his oath to the American people in an effort to amass more power for himself and his allies.”

Trump, who on Tuesday abruptly canceled a press conference scheduled for the anniversary of the attack, has regularly trashed the January 6 House committee as the “Unselect Committee.”

The former president blamed the cancelation on what he said was the “total bias and dishonesty of the January 6th Unselect Committee of Democrats, two failed Republicans, and the Fake News Media,” planning instead to give his public remarks on January 15 at a rally in Arizona.