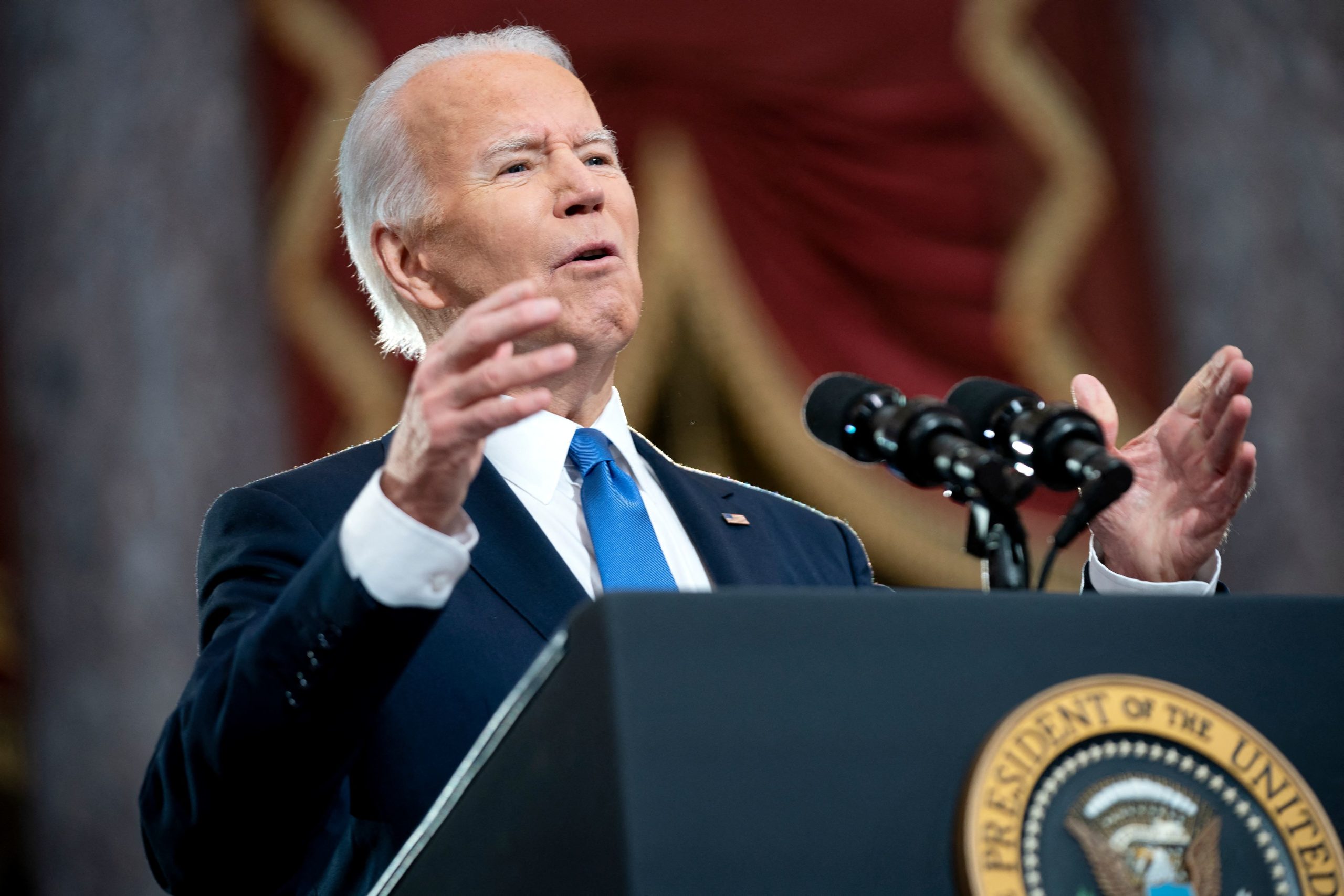 President Joe Biden on Thursday marked one year since his predecessor’s supporters besieged the Capitol with a pointed rebuke of the violence — and a declaration that Donald Trump bears “singular responsibility” for the attack.

Biden both defended of the integrity of the 2020 election and directly refuted the long-running effort by Trump and his allies to sow doubt about the vote. The president also, more subtly, countered Republicans who have urged Democrats to move past the insurrection and focus on the future.

“This isn’t about being bogged down in the past,” Biden said. “This is about making sure the past isn’t buried. That is what great nations do. They don’t bury the truth.”

Calling out Trump and his GOP allies marks a notable tonal shift for Biden. Since taking office, he’s largely held off on sharp barbs toward the foe he could face again in 2024. But Biden hewed to one of his post-election conventions on Thursday: He did not use Trump’s name while criticizing the former president.

“I did not want it to turn into a contemporary political battle between me and the [former] president,” Biden explained to reporters after the speech.

Trump responded with a meandering statement that blasted Biden for having “used my name today to try to further divide America” and went after the president’s approach to inflation, Afghanistan and immigration.

Biden’s speech to a still-reeling Capitol complex — which described rioters as “holding a dagger to the throat of America” — comes as Democrats prepare for a day of events marking the one-year anniversary of the riot with their leaders trying to emphasize unity and sober reflection. Republicans, for their parts, have largely spent the year falling in line behind Trump and his allies’ efforts to downplay the attack.

“The former president’s supporters are trying to rewrite history,” Biden said in Statuary Hall, the room off the House chamber that a year ago was swarmed by rioters and suffocated by tear gas. “Can you think of a more twisted way to look at this country?” Biden asked.

His remarks, preceded by Vice President Kamala Harris, are the first in a series of Thursday events planned by Speaker Nancy Pelosi — nearly all focused on those who endured the attack in the Capitol, rather than those behind the violence. That includes a moment of prayer, a series of member testimonials, and a prayer vigil on the Capitol steps.

But few, if any, Republicans are expected to attend those gatherings on Thursday as the bulk of their party remains deeply loyal to Trump. GOP leaders have urged their colleagues to spend the day focused on the security flaws at the Capitol rather than engage in any direct validation of the traumatic effects of the riot.

Although Trump himself called off a planned Thursday press conference amid GOP concerns that it could backfire, his biggest supporters in the House still intend to promote a distorted narrative of what occurred that day. Two of them, Reps. Marjorie Taylor Greene of Georgia and Matt Gaetz of Florida, are gearing up for a press conference where they’re expected to repeat conspiracy theories related to the riot.

A smaller number of House Republicans, particularly some of the 10 who joined Democrats to impeach Trump for inciting the riot last year, continued to condemn the former president.

“Any reasonable person could have seen the potential for violence that day. Yet, our President did nothing to protect our country and stop the violence. The actions of the President on January 6th were nothing short of reprehensible,” Rep. Tom Rice (R-S.C.), one of the 10 who voted to impeach Trump, said in a statement.

Senate Minority Leader Mitch McConnell, who said the mob was “provoked by” Trump in the immediate aftermath of the riot, released a Thursday statement that did not mention Trump by name. McConnell called the Capitol assault a “disgraceful scene” and “antithetical to the rule of law,” though he also blasted Democrats’ attempt to use the anniversary to advance election reforms as an exploitation of the anniversary.

Harris alluded to that messaging in her remarks Thursday, calling on the Senate to advance voting rights legislation. Senate Republicans have signaled openness to a narrower change to the Electoral Count Act — passed more than a century ago to govern the certification of presidential election results — but without the broader changes to election administration that are insisted upon by top Democrats.

In the House, Democrats have led a year-long investigation into the Jan. 6 attack alongside anti-Trump GOP Reps. Liz Cheney of Wyoming and Adam Kinzinger of Illinois. The panel has interviewed more than 300 witnesses and pored over thousands of pages of documents as it prepares to move toward more public hearings this year before presenting their findings in a report.

Investigators have continued their work this week even with the House out of session. Former Trump press secretary Stephanie Grisham met with the panel on Wednesday evening, and on Tuesday evening the committee requested information from Fox News host Sean Hannity.

But the lasting impact of the Jan. 6 select panel’s work remains unclear. Democrats are racing to finish their investigation by year’s end, as their grip on their majority looks increasingly in doubt ahead of the November midterms. Several members of the panel are also retiring from Congress.

Republicans — who have blasted the Democratic-led committee’s work as a partisan cudgel — would be highly unlikely to finish up where the panel left off. Minority Leader Kevin McCarthy, who earlier last year said Trump “bears responsibility” for the attack, has lately trained his frustration on Democrats and accused them of politicizing the pro-Trump attack.