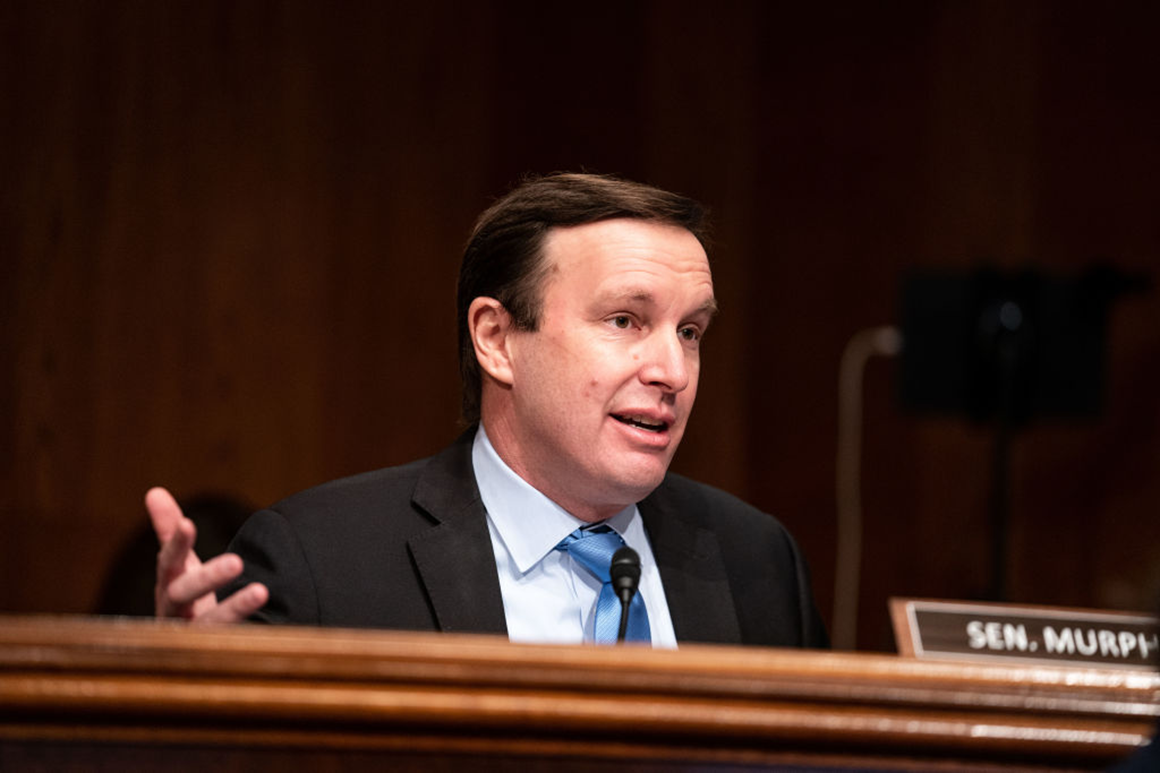 The Biden administration on Monday deployed top officials to Capitol Hill in a bid to lock in wavering Senate Democrats against a GOP push for sanctions on a Russian gas pipeline.

Democrats are poised later this week to reject Sen. Ted Cruz’s (R-Texas) sanctions bill that would cripple the Nord Stream 2 pipeline, which is in the final stages of approval and will send cheap natural gas from Russia to Germany. Cruz’s plan, Democrats argue, would undercut President Joe Biden’s ability to use the pipeline as leverage over Moscow as it threatens to invade Ukraine again.

But some moderate Democrats emerged from the Biden administration briefing Monday evening noncommittal about Cruz’s legislation, even as they seemed to parrot the chief argument against the bill — that it would undermine unity with U.S. allies, in particular Germany, in the face of Russia’s aggression.

“We’ve got to make sure, if we do sanctions, that the sanctions are focused on the problem and not on collateral folks,” Sen. Jon Tester (D-Mont.) said in a brief interview, adding that the Biden administration “has to do a better job of messaging what the flaws are” in Cruz’s proposal.

But Tester, who said he wasn’t sure yet whether he would back the sanctions bill, said the administration’s arguments were “very salient.” Sen. Joe Manchin (D-W.Va.) is another holdout who echoed the White House’s view that U.S.-Europe relations “deteriorated” under former President Donald Trump.

“A lot of this has more diplomatic ramifications,” Manchin said. “I want to hear both sides of the argument.”

The briefing was hosted by Victoria Nuland, the undersecretary of state for political affairs, and Amos Hochstein, a top energy envoy at the State Department. Both officials were instrumental in the administration’s decision last year to waive congressionally mandated sanctions against the pipeline, which Biden has admitted will give Russian President Vladimir Putin new leverage over Europe.

The upcoming vote — which Cruz forced after blocking dozens of State Department nominees — will be a difficult one for Democrats, who have previously supported the sanctions outlined in Cruz’s legislation. Few, if any Democrats defended the Biden administration’s move last year to waive those sanctions.

The fight is also pitting Democrats against a key ally, Ukrainian President Volodymyr Zelenskyy, who has called on the Senate to approve Cruz’s bill.

Sen. Chris Murphy (D-Conn.), who is lobbying Democrats against Cruz’s bill, criticized Zelenskyy in a brief interview on Monday.

“I’m a big supporter of President Zelenskyy. But often he misreads American politics,” Murphy said. “And I think it would have been better for him to have stayed out of this one. This is not good policy for the United States to allow Ted Cruz to break us from our trans-Atlantic partners in the middle of a delicate negotiation over the future of Europe-Russia policy.”

Democratic leaders are pushing for an alternative plan that would punish Russia in the event that it invades Ukraine. That plan is being led by Senate Foreign Relations Chair Bob Menendez (D-N.J.), who is pushing for a separate vote on a sanctions package that would be more amenable to Democrats and help blunt the criticisms from Republicans.

“My argument is that, if you want to succeed in getting Russia not to invade, you have to give the consequences beforehand,” Menendez said.

“[Cruz has] managed to force a vote on it by holding hostage dozens of President Biden’s nominations,” Durbin said. “This Cruz bill will hardly deter the potential Russian invasion of Ukraine.”

Construction of the pipeline is completed but it is not yet operational, which Democrats believe gives the U.S. and its European partners important leverage over Putin as he weighs whether to invade Ukraine again.

Cruz, meanwhile, has accused Democrats of folding in the face of political pressure and making “the cynical decision to put partisan loyalty above U.S. national security interests.”