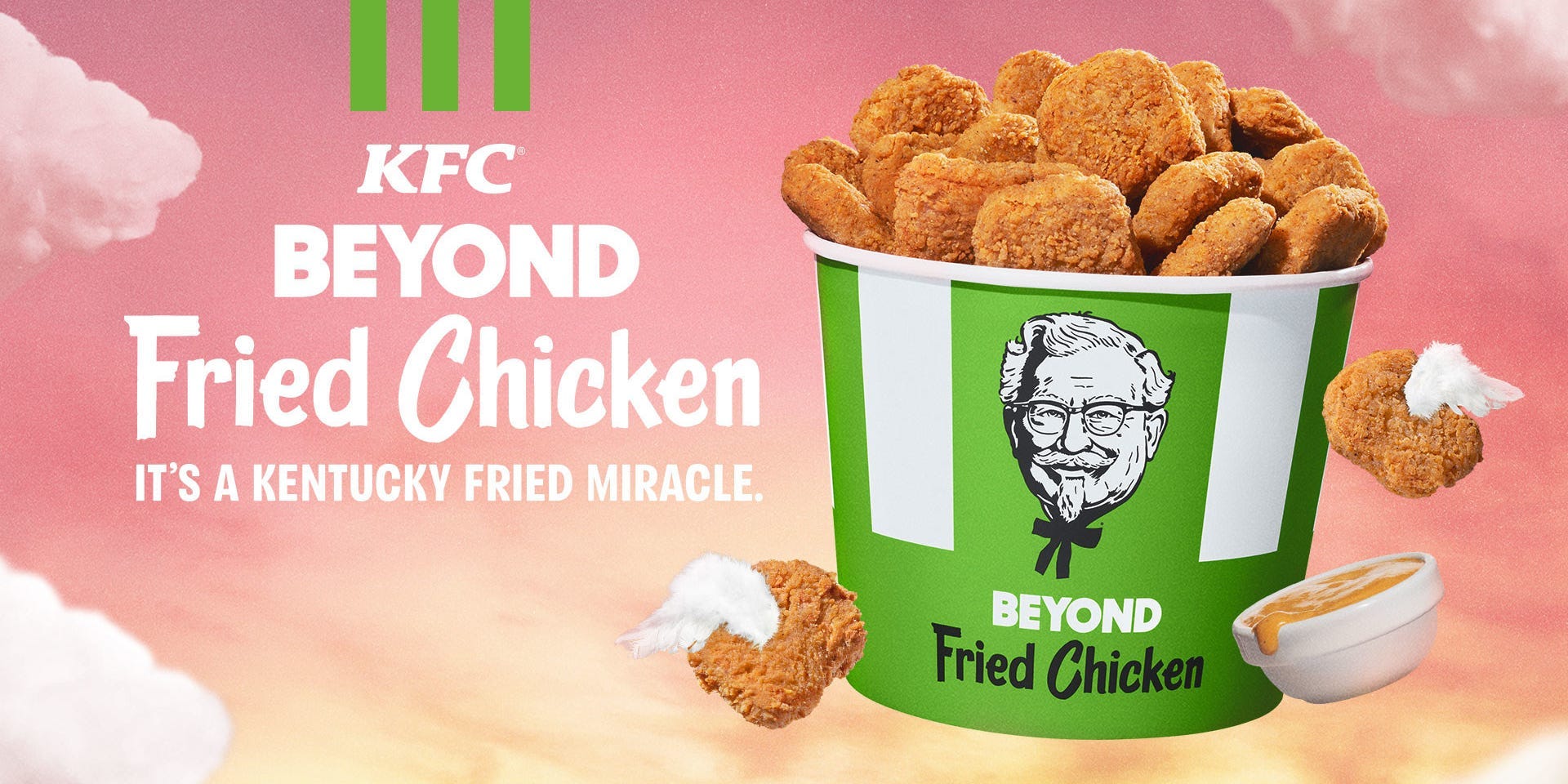 Beyond Meat stock soared as much as 7% on Wednesday after the plant-based meat producer announced its chicken launch with KFC.

The company will launch its Beyond Fried Chicken at KFC locations nationwide on January 10, while supplies last. Beyond Meat has found various levels of success introducing its plant-based meats into various fast food locations, though some of the campaigns have been short lived.

Most food establishments are testing their customers willingness to eat plant-based products with limited test runs before fully committing to the products. Beyond’s fried chicken product was developed exclusively for KFC, with test runs beginning in 2019 at certain locations.

“The mission from day one was simple – make the world-famous Kentucky Fried Chicken from plants,” said Kevin Hochman, president, KFC U.S. “And now over two years later we can say, ‘mission accomplished.'”

The product launches for Beyond Meat have yet to shore up its stock price, which fell 48% in 2021. And competition is beginning to heat up from rivals, including Impossible Foods, which is working on its own chicken product, and different restaurants that are testing their own internally developed plant-based foods.

On Monday, Chipotle announced the launch of its own plant-based chorizo that it had been internally testing with consumers.