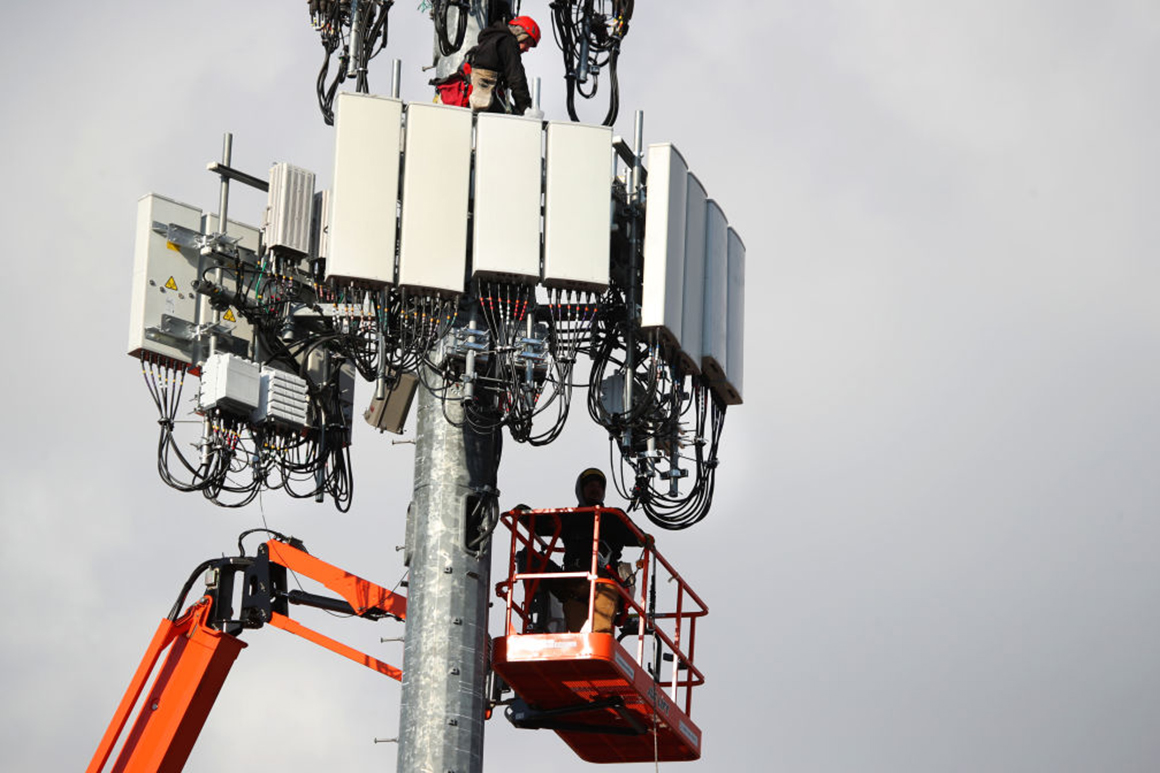 AT&T and Verizon on Sunday rejected the U.S. Department of Transportation’s request that they delay this week’s scheduled launch of a new round of 5G wireless service — and instead pledged to take enhanced measures to avoid warned disruptions of air travel.

“With continued COVID crises, it has never been more important that our country’s critical communications infrastructure have the spectrum needed to handle escalating traffic demands from our customers,” AT&T CEO John Stankey and Verizon CEO Hans Vestberg wrote in a joint letter to the department.

Escalating concerns: Transportation Secretary Pete Buttigieg and FAA Administrator Steve Dickson had asked the companies on New Year’s Eve to put off Wednesday’s launch of the new wireless service for two additional weeks while their agencies address concerns that the new signals could interfere with some types of aircraft equipment.

Unless those issues are resolved, air travelers will face “widespread and unacceptable disruption as airplanes divert to other cities or flights are canceled, causing ripple effects throughout the U.S. air transportation,” Buttigieg and Dickson wrote in their letter, reported last week by POLITICO.

The wireless carriers’ rebuff is the latest step in weeks of an escalating standoff between the aviation and telecommunication sectors — a year after the mobile phone companies spent more than $80 billion to buy licenses for the 5G-friendly C-band airwaves at a Federal Communications Commission auction. The fight over the Trump-era initiative has drawn in multiple agencies and the White House, with airlines pushing for an emergency stay even after the FCC insisted that the wireless companies can safely use the airwaves.

The wireless carriers had originally intended to launch the service on Dec. 5, then postponed it until this week following FAA warnings. They also already agreed to six months of measures meant to limit the signals’ potential impact on airplanes and airports.

The FAA on Sunday said it’s reviewing the carriers’ letter but added, “U.S. aviation safety standards will guide our next actions.”

New offer from the wireless industry: Verizon and AT&T told DOT on Sunday that they will embrace even more extensive mitigation measures through July 5. But they outright rejected the idea of postponing the launch of the new 5G service.

“Agreeing to your proposal would not only be an unprecedented and unwarranted circumvention of the due process and checks and balances carefully crafted in the structure of our democracy, but an irresponsible abdication of the operating control required to deploy world-class and globally competitive communications networks that are every bit as essential to our country’s economic vitality, public safety and national interests as the airline industry,” the two companies’ CEOs wrote.

They said they want to keep working with the federal government to avoid “escalating” grievances from the airline industry “in other venues.”

The two carriers are proposing to offer “extensive exclusion zones around the runways at certain airports” to cut the power of the 5G service around sensitive areas, along the lines of steps taken in France. They say France’s approach is “one of the most conservative in the world.”

FCC Chair Jessica Rosenworcel, a Democrat, said late last year that she has confidence in the wireless carriers’ proposal to mitigate any concerns and has been in active talks with other federal officials. Meanwhile, Republican FCC Commissioner Brendan Carr attacked the DOT’s concerns in a letter on Saturday, saying the aviation industry fears are not rooted in good data.

What’s next: The wireless industry suggests the aviation industry may just need to upgrade some of its own flight equipment. Over the six months, the aviation industry should have “ample opportunity to conduct any further studies and remediate any altimeters that might not meet current standards, as was originally recommended by the FCC in February 2020,” the carriers argued.

Oriana Pawlyk contributed to this report.