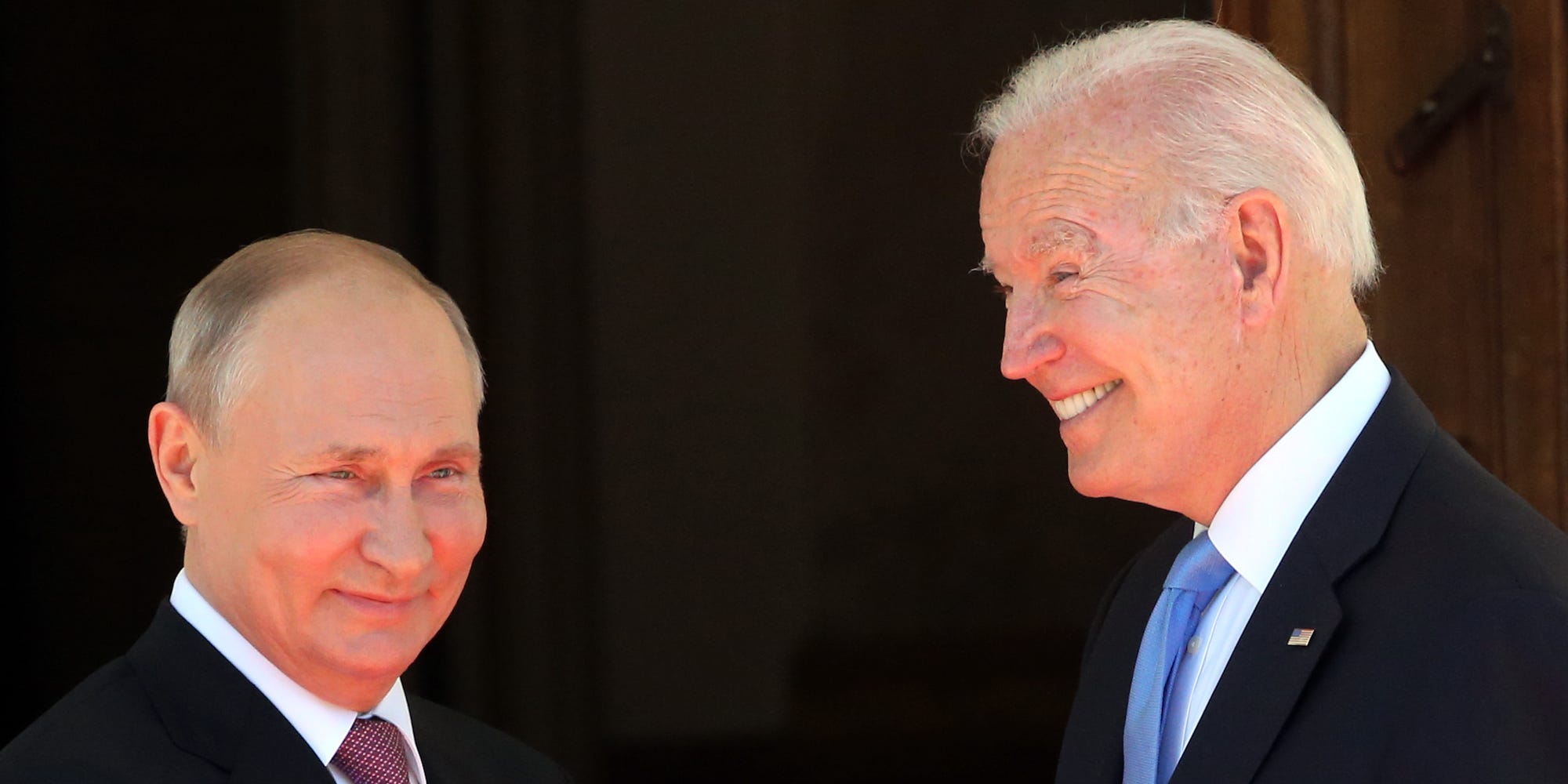 Russian opposition leader Alexei Navalny in a new interview with Simon Shuster of Time effectively accused the US of allowing itself to be manipulated by Russian President Vladimir Putin when it comes to Ukraine.

“Time and again the West falls into Putin’s elementary traps. He issues some insane, laughable demands, like these latest ones, about how he and Biden need to sit down in a smoke-filled room and decide the fate of Europe like we’re back in 1944. And if the US doesn’t agree, he’ll ‘pull something,'” Navalny, the Russian president’s most prominent critic, said via letters exchanged with Time over the past few months from the penal colony outside Moscow where he’s serving a two-and-a-half-year sentence.

Russia has gathered a massive force of tens of thousands of troops along Ukraine’s border in recent months, while making demands for binding security guarantees from the West that the US and NATO have repeatedly dismissed as non-starters. Among other things, Moscow has insisted that NATO agree to never permit Ukraine or Georgia to become members of the alliance. NATO has been adamant that its open-door policy is non-negotiable.

The US and its European allies have failed to make any significant breakthroughs in recent diplomatic talks with Russia, as they scramble to prevent a broader confrontation. Russia claims it has no plans to invade Ukraine, but has also rejected calls to withdraw troops from Ukraine’s border to deescalate tensions. The Russian government also dismissed claims by US officials that covert operatives are planning sabotage inside Ukraine to create a pretext for an invasion.

The US has warned Russia it will face severe economic sanctions if it invades. Navalny is seemingly unimpressed by this approach.

“Instead of ignoring this nonsense, the US accepts Putin’s agenda and runs to organize some kind of meetings. Just like a frightened schoolboy who’s been bullied by an upperclassman. Then they declare: ‘If you pull something, then we’ll impose harsh sanctions.’ That’s exactly what Putin needs, because it follows that, if he does not attack Ukraine, then there won’t be any sanctions. There’ll just be the carrot, and no stick,” Navalny said.

“With that, the combination is complete: Putin doesn’t need to worry about the sanctions that were nearly imposed on his cronies,” Navalny added. “The Biden Administration first convinced Congress to shelve them, and now cancels them entirely. Since they promised Putin a carrot, it’s not the time for sanctions.” The Biden administration has pushed against sanctions on Nord Stream 2, a Russia-to-Germany gas pipeline, as it prioritizes maintaining strong ties with Berlin to present a unified front against Moscow.

Navalny is urging the US to impose sanctions that would hit Putin where it hurts.

“In Russia we’re all tired of rolling our eyes, watching the US impose sanctions on some colonels and generals, who don’t even have money abroad. These are just the agents of Putin’s will,” he said. “It’s really simple. Putin is without a doubt the wealthiest person in the world. The source of his wealth is power and corruption. And the basis of his power is lies, propaganda and falsified election results. You want to influence Putin, then influence his personal wealth. It’s right under your backside. Everybody knows the names of the oligarchs and friends of Putin who hold his money.”

Navalny was poisoned with the Soviet-era nerve agent Novichok in Siberia back in August 2020, and was taken to Germany for treatment. Putin has been widely accused of orchestrating Navalny’s poisoning, which nearly killed him.

Upon returning to Moscow in early 2021, Navalny was promptly arrested. He was sentenced to two and a half years in prison for violating parole over a 2014 fraud conviction, including for missing parole meetings while receiving treatment in Germany. Top human rights groups have decried the charges against Navalny as politically motivated. Navalny’s imprisonment led to mass protests in Russia.

Before he was thrown behind bars, Navalny led a vast political network in Russia that worked on exposing corruption in Putin’s government. Last year, Russia outlawed Navalny’s political network by labeling it an extremist group.