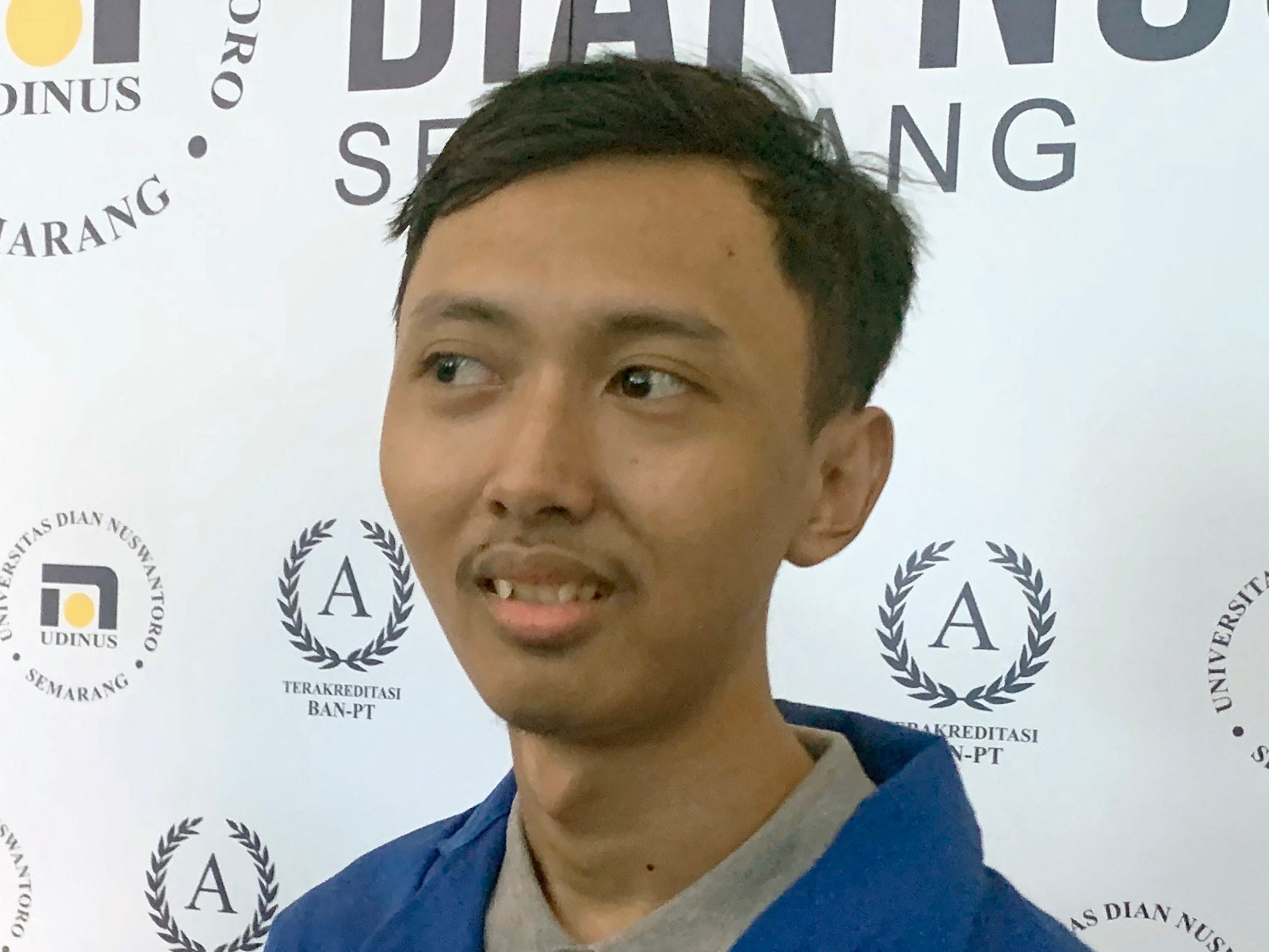 Sultan Gustaf Al Ghozali, who turned hundreds of his selfies into non fungible tokens (NFTs), poses at his college in Semarang on January 14, 2022.

An Indonesian student accidentally became a millionaire after selling his selfies as non-fungible tokens (NFTs).

An NFT is a unique digital asset representing ownership of real-world items such as photographs.

Sultan Gustaf Al Ghozali, 22, who studies computer science at college in Indonesia, took a photo of himself sitting in front of his computer every day for five years, according to France24.

In the photos, Ghozali looks into the camera with a distinctive expressionless look.

Ghozali initially intended to use the selfies to create a time-lapse video for his graduation and then decided to sell them as NFTs.

“Uploading my photo into NFT lol,” he wrote on Twitter on 10 January.

“I was thinking it might be funny if one of the collectors collected my face,” Ghozali told reporters at his university’s campus in Semarang on Thursday, France24 reported.

“I never thought anybody would want to buy the selfies, which is why I only priced them at $3,” he said.

According to France24, Ghozali’s photos first gained attention after a celebrity chef purchased some and promoted them on his social media accounts.

Since then, over 500 users have purchased the student’s selfies. Some of his followers have made t-shirts sporting his image, and others have penned songs about him.

As of Friday, his collection reached a total trade volume of 384 ether, equivalent to more than $1 million.

Ghozali has expressed confusion about why his selfies have become so popular.

“Today today sold more than 230+ and until now I don’t understand why you want to buy #NFT photos of me !!! but i thank you guys for 5 years of effort paid off,” he wrote on Twitter.

He also requested that those who purchase his selfies don’t “abuse” the images, seemingly referring to people editing his photos.

“Please don’t abuse my photos or my parents will be very disappointed…I believe in you guys so please take care of my photos,” he tweeted.

“To be honest, I still haven’t had the courage to tell my parents. They would be wondering where I got the money from,” Ghozali said, according to France24.

The student said he plans to invest the money, France 24 reported and hoped to own an animation studio one day.