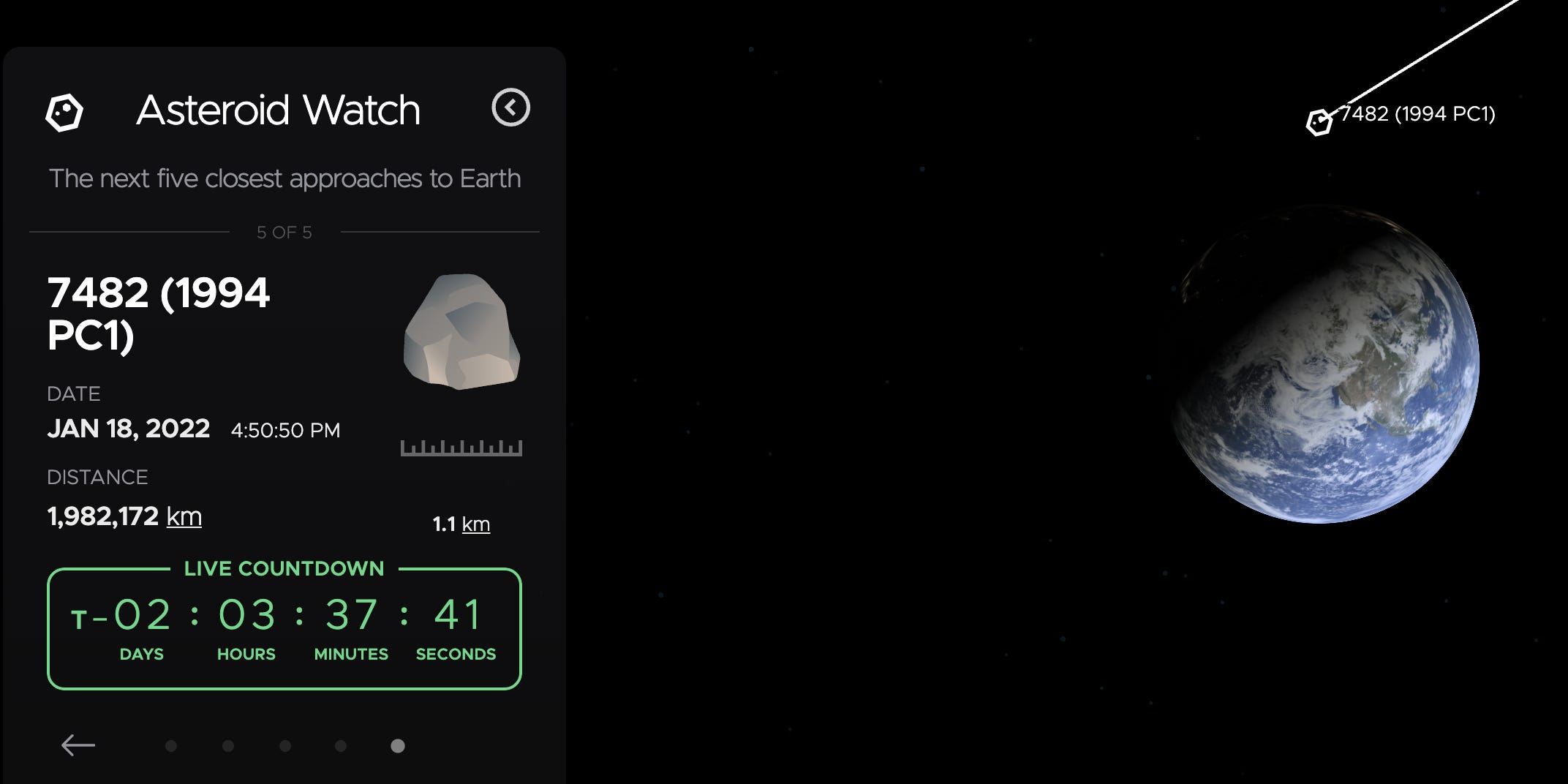 A screenshot of NASA’s Eyes website which lets you track asteroids as they pass by Earth.

A massive asteroid is heading towards Earth.

But don’t worry, the asteroid won’t hit the planet like in the Netflix movie “Don’t Look Up.” In fact, it will travel approximately 1.2 million miles away from Earth– that’s over five times the distance between the Earth and the moon– and is expected to pass by on Tuesday.

Asteroid 7482 (1994 PC1), is a little over a half-mile wide, around the size of the Empire State Building, and has been tracked by NASA scientists since it was discovered by astronomer RH McNaught in 1994. The asteroid is one of several large asteroids to pass by Earth in recent weeks.

“Near-Earth asteroid 1994 PC1 is very well known and has been studied for decades by our planetary defense experts,” NASA posted to Twitter on Wednesday. “Rest assured, 1994 PC1 will safely fly past our planet.”

1994 PC1 is considered “potentially hazardous” by NASA because it crosses Earth’s orbit, according to USA TODAY.

The asteroid would cause a “complete catastrophe” if it were to hit the Earth because it has more energy than a nuclear blast, Franck Marchis, the Chief Scientific Officer at Unistellar and Senior Planetary Astronomer at the SETI Institute, explained to USA TODAY. Although 1994 PC1 sounds dangerous, there is no need to be concerned.

To watch 1994 PC1 pass by Earth, anyone with a backyard telescope of about 6 inches or wider in diameter and an app to help watch the sky should be able to see the asteroid pass at about 43,754 miles per hour, according to CNET.