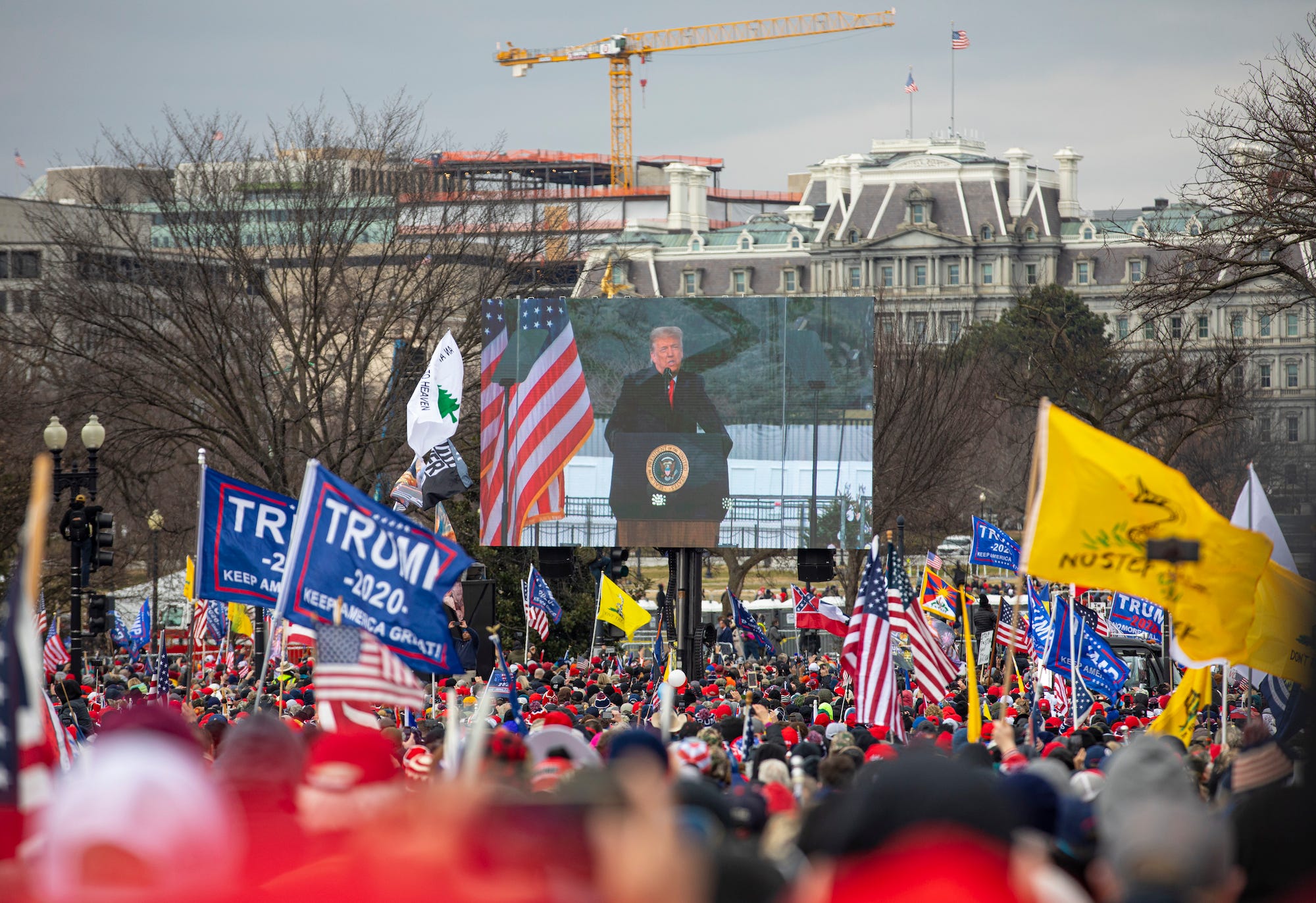 President Trump speaks from a Jumbotron screen as crowds gather for the “Stop the Steal” rally on January 6, 2021 in Washington, DC.

A Louisiana school board has requested that a newly appointed board member resign after an examination of his social media posts made it apparent that he would be “ineffective” in his role.

Rafael Rafidi was appointed to the Jefferson Parish School Board on Wednesday. But the board only became privy to his social media posts that they said contained “provocative positions” after his appointment.

Rafidi is a businessman who boasted about his attendance at the “Stop the Steal” rally in Washington, DC, the day of the January 6 insurrection last year, according to an analysis of his social media conducted by the Daily Beast.

The rally was where Trump spoke before a crowd of his supporters. The rally led up to the siege on the Capitol, which left five people, including one police officer, dead.

Rioters were emboldened by Trump’s calls to protest the results of the 2020 election, despite Democrat Joe Biden’s victory. While members of Congress were meeting inside the Capitol to certify the results and verify Biden’s presidency, Trump supporters attempted a coup and stormed the Capitol.

Among the lawmakers Rafidi criticized were New Orleans Mayor Mitch Landrieu and Louisiana Sen. Bill Cassidy, who was one of the seven Republicans who voted to convict Trump during his second impeachment trial last year.

“Go fuck yourselves,” Rafidi wrote last February, according to screenshots posted by NOLA.com.

Rafidi “presented himself as a family man of strong faith with a commitment to education,” the school board said in a statement about their decision to appoint him. But his social media posts, which the board said they learned about after his appointment, employ a “non-civil tone, profane language and generalized condemnation of opposing ideological groups,” the statement says.

A representative for the Jefferson Federation of Teachers told the Daily Beast that teachers were angered by his appointment.

“No one really had an opportunity to vet this individual prior to his appointment,” JFT president Kesler Camese-Jones told the Daily Beast.

One board member who initially abstained from the vote to appoint Rafidi on Wednesday told the Daily Beast that his “position immediately changed from abstaining to this guy needs to go.”