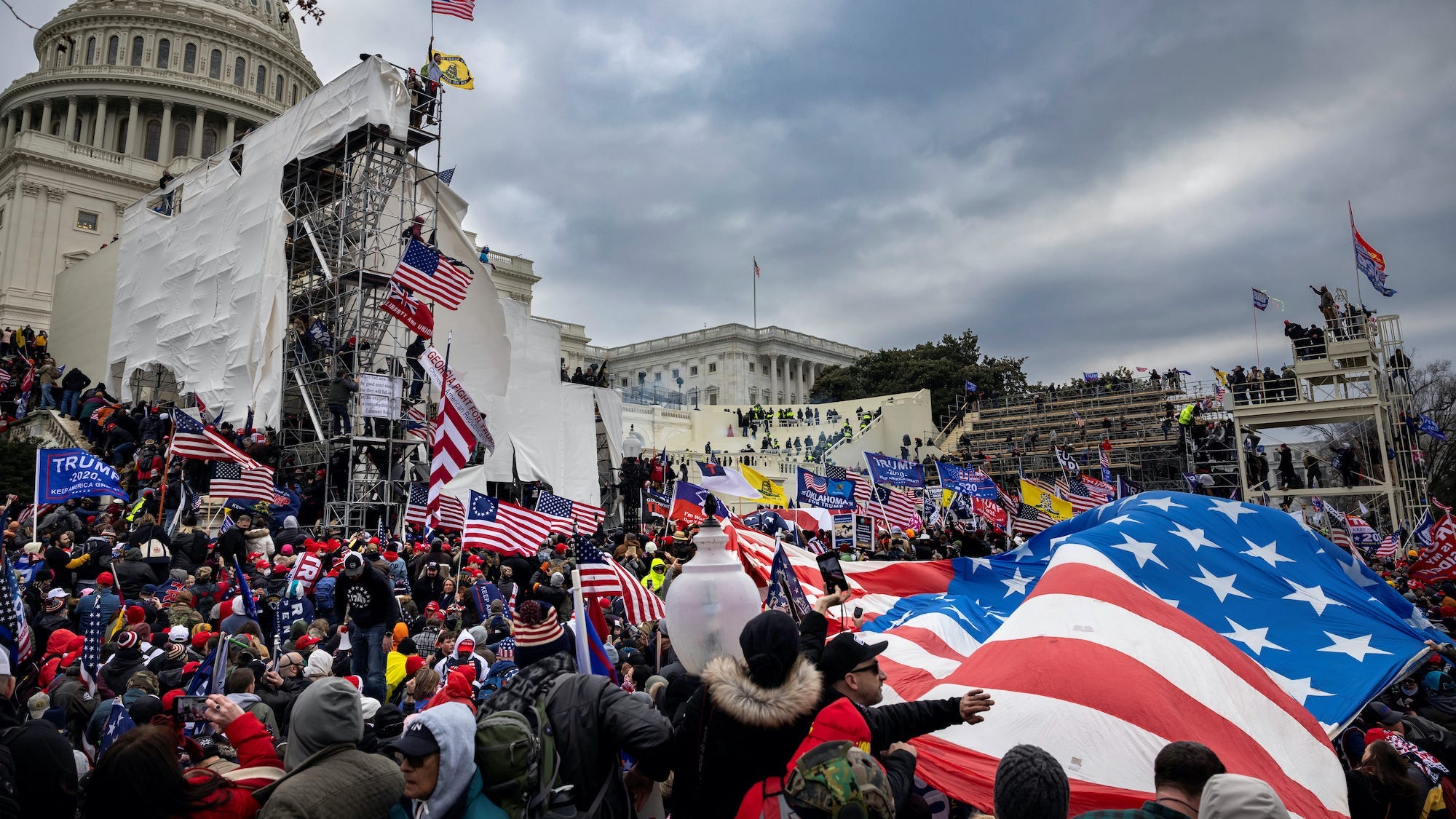 Seven hundred and twenty five people have been arrested in connection with the riot at the US Capitol, the Department of Justice said in a year-end update on its investigation.

DOJ officials broke down the arrests, convictions, and sentences of those accused of involvement in the January 6, 2021, storming of the Capitol.

The department said 165 of the 725 arrested — around 22% — had pleaded guilty, mostly to misdemeanor charges. Robert Scott Palmer, the rioter given the longest sentence to date.

Twenty of the guilty pleas were for felony charges, and four of them — all cases of people attacking police officers — come with minimum prison terms of at least 20 years, the department said.

There are many more people at the riot whom the FBI has yet to identify. The DOJ release said that agents are seeking at least 350 more people they suspect of violent acts, including 250 they say assaulted police officers.

Here are some of the most notable convictions:

Jacob Chansley, also known as the QAnon Shaman, inside the Capitol on January 6, 2021.

Insider has published interactive databases of those charged over the riot, and those who pleaded guilty.