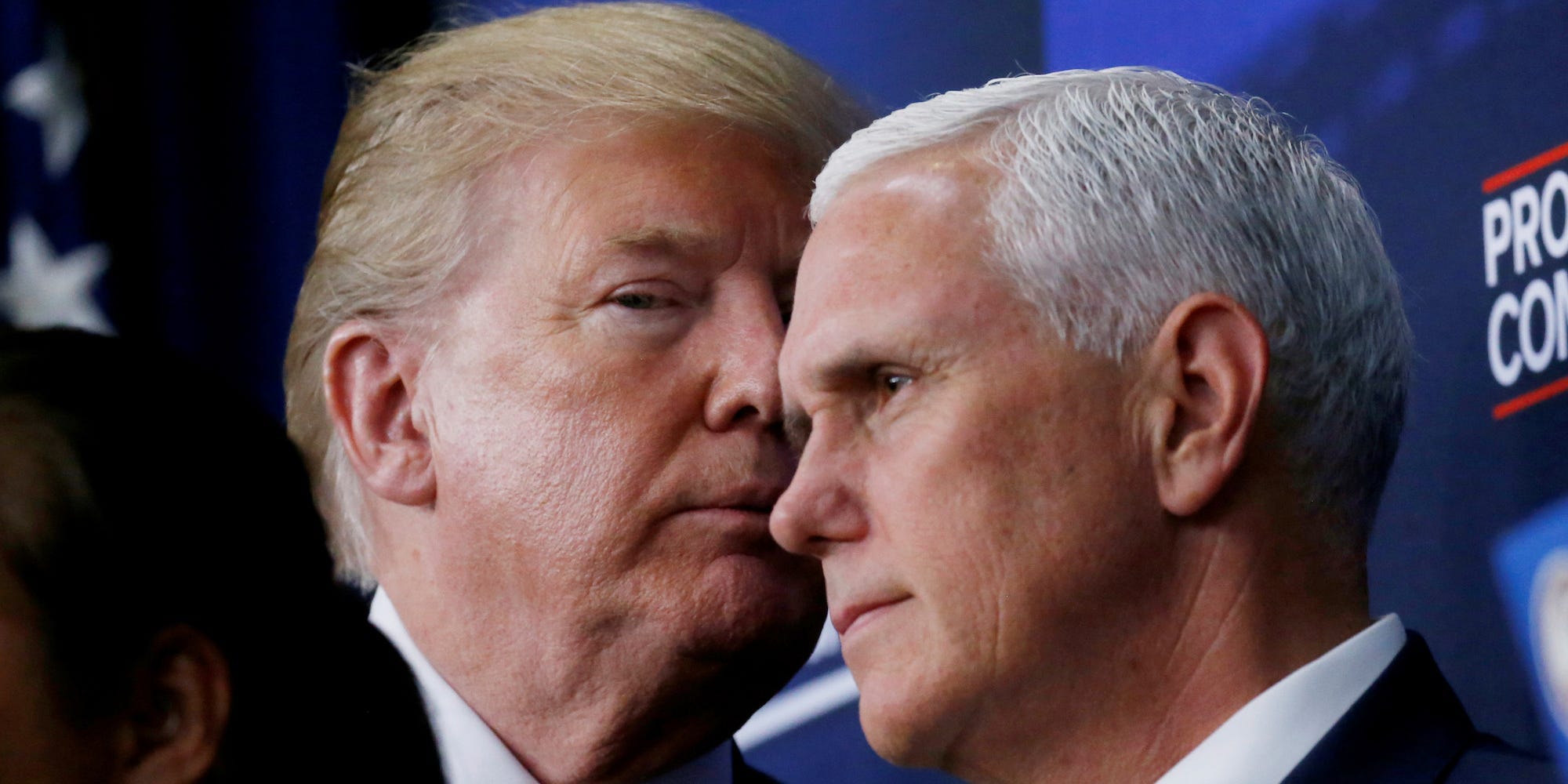 Former President Donald Trump and Former ‪Vice President Mike Pence‬ at an event at the White House on June 22, 2018.

A new poll found that most Republicans side with former Vice President Mike Pence in his ongoing dispute with former President Donald Trump over whether he had the unilateral authority to overturn the 2020 presidential election.

According to polling by Quinnipiac University released on Wednesday, 52% of Republicans said they side more with Pence than Trump, while just 36% said the opposite.

More broadly, 72% of voters say they side with Pence, with 93% of Democrats and 74% of self-identified independents saying the same.

Pence recently declared in a speech to the Federalist Society — a conservative legal group — that Trump was “wrong” about the vice president’s authority in certifying the electoral results and said the idea that one person could overturn an election was “un-American.”

Pence’s remarks came in response to a statement from Trump just days earlier that took aim at ongoing Senate negotiations over the Electoral Count Act, which have focused in part on clarifying the role of the vice president during the electoral vote counting process.

Vice presidents oversee the certification of the slates of electors sent by states based on their state’s votes, and lawmakers can mount objections in attempts to throw out these electors, as some Trump allies attempted. The vice president has a ceremonial role at these proceedings, per the 12th Amendment, limited to “open all the certificates and the votes shall then be counted” in the presence of House and Senate lawmakers. Pence’s chief of staff at the time advised him he had no authority to decertify the electoral results, and Trump barred him from the White House after January 6.

“If the Vice President (Mike Pence) had ‘absolutely no right’ to change the Presidential Election results in the Senate, despite fraud and many other irregularities, how come the Democrats and RINO Republicans, like Wacky Susan Collins, are desperately trying to pass legislation that will not allow the Vice President to change the results of the election?” Trump said in a statement.

“Mike Pence did have the right to change the outcome, and they now want to take that right away. Unfortunately, he didn’t exercise that power, he could have overturned the Election!” he added.

The Quinnipiac University poll, conducted from February 10 – 14, included 1,321 US adults and had a margin of error of 2.7 percentage points.