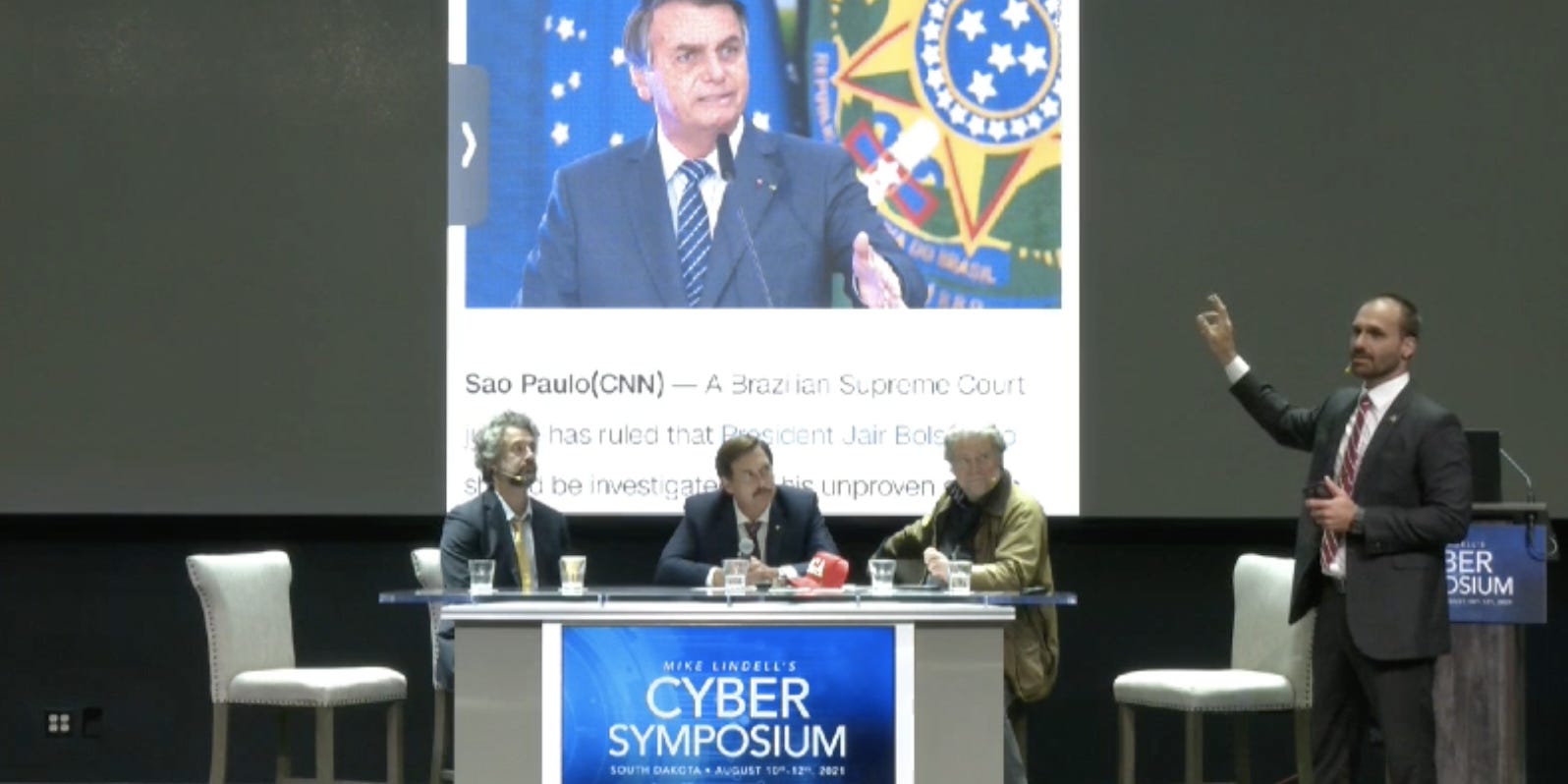 According to the Seattle Times, state Reps. Robert Sutherland, Vicki Kraft, Brad Klippert all “requested and received expense reimbursements from the Legislature for the symposium.”

In total, Washington state footed a $4,361 bill for the lawmakers’ hotels and flights to the conference.

On August 12, Washington state Rep. Sutherland posted a photo from the symposium, calling Lindell a “patriot.”

The three state representatives were also part of a group of 186 state lawmakers that signed on to a letter after the 2020 election, endorsing “forensic audits” of the election results in all 50 states.

In the run-up to and during the conference, Lindell claimed that he had 37 terabytes of information related to voter fraud to reveal. The conference was livestreamed on his website, Frank.

He also promised he’d give $5 million to anyone who could disprove his “data,” but they had to attend the event in person.

The event was headlined by speakers like Steve Bannon, as well as the son of Brazilian President Jair Bolsonaro, Eduardo. In between speeches, attendees watched a series of videos, including the same conspiracy theory-filled documentary four times on the first day of the symposium.

On the second day of the event, Lindell rushed offstage when news broke that the $1.3 billion defamation suit voting-machine company Dominion filed against him would go ahead.