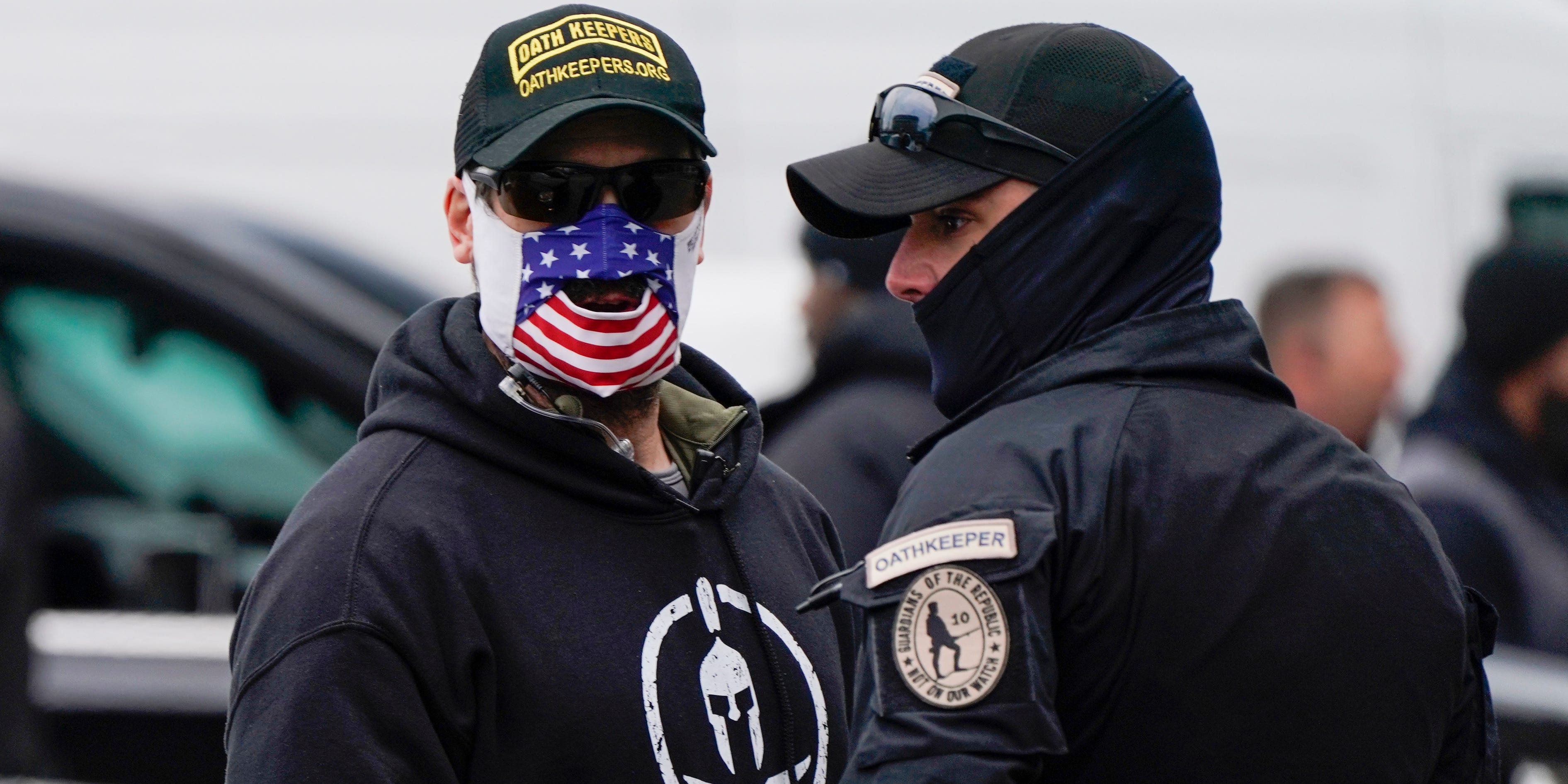 People wearing hats and patches indicating they are part of Oath Keepers attend a rally at Freedom Plaza Tuesday, Jan. 5, 2021, in Washington, in support of President Donald Trump.

Twenty active-duty US troops who are still in uniform signed up to join the Oath Keepers, an extremist, anti-government militia group, USA Today reported, citing information from a leaked membership list.

Altogether, 81 uniformed US service members have signed up with the Oath Keepers, though only 20 of those are still serving, USA Today confirmed.

Fourteen of the 20 service members reportedly used their official military email addresses ending in “.mil” to sign up.

US service members are not supposed to use their military email for personal use, and the Department of Defense prohibits them from using their email in ways that “reflect adversely” on the military.

Another long-standing Pentagon policy bans service members from advocating for or actively participating in extremist, anti-government groups but falls short of banning membership. In late 2021, the policy was amended to add language banning troops from advocating for groups that aim to “the overthrow of the government of the United States.”

26 members of the Oath Keepers have been indicted for their participation in the Jan. 6 insurrection on the US Capitol.

The Pentagon was informed in 2018 of the connection between some military members and the Oath Keepers by someone from the Southern Poverty Law Center with a leaked Oath Keepers membership list containing the names of 16 of the 20 current active-duty service members, USA Today reported. It is not clear what actions, if any, were taken in response.

Four of the 20 current members of the military who signed up with the Oath Keepers told USA Today that they were no longer involved with the group. Some said they were not aware of the group’s extremist, anti-government activities.

Sgt. Anthony Guadagnino, a recruiter for the New York Army National Guard, told USA Today that he thought signing up for the group was “patriotic” but now says it was a mistake.

But other service members cited their military experience as skills that they could bring to the Oath Keepers.

For instance, Vincent DiCello, a former Navy Pilot, explained on his Oath Keepers sign-up sheet that he had a background in “electronic warfare,” recruiting experience, and said he was an “expert shot” with a pistol and rifle, according to the USA Today report.

In a statement, a Department of Defense spokesperson said that the department does not tolerate “these behaviors” from service members, adding that “when we become aware of these individuals or their activities, we refer them to appropriate authorities.”