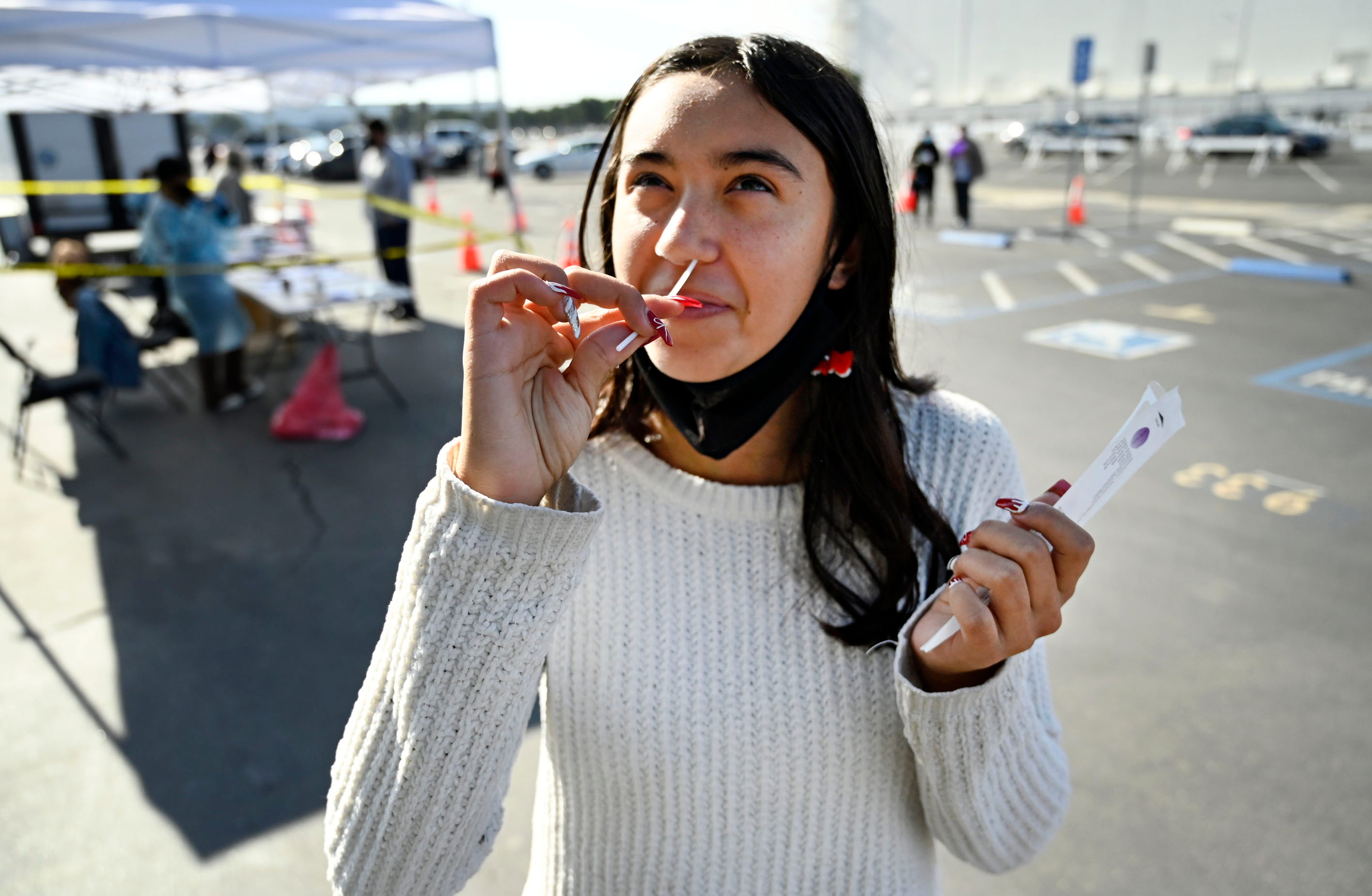 Girl takes test after getting COVID-19 symptoms on January 4.

Almost as soon as Omicron started spreading, doctors noticed slight differences in their patients’ symptoms relative to prior variants. Mild, cold-like symptoms such as sore throats, sneezing, and runny noses were increasingly common — but former hallmarks of COVID-19 like fevers, coughs, and loss of taste or smell had dwindled.

“The most-reported symptoms of Omicron are really very much like a cold, especially in people who’ve been vaccinated,” Dr. Claire Steves, a scientist involved with the Zoe COVID Symptom Study, said in a recent video.

The Zoe study uses a smartphone app to log how hundreds of thousands of people are feeling every day across the UK. It offers a comprehensive look at how COVID-19 symptoms have changed over the course of the pandemic — most notably, with the advent of the Delta and Omicron variants.

The following chart shows how Omicron symptoms compare to those of its predecessors, based on data collected by the Zoe app.

Runny nose, headache, fatigue, sneezing, and sore throat were the top five symptoms among people in the UK who recorded a positive COVID-19 test in the past few weeks. Meanwhile, just 44% of people in that group reported a persistent cough and 29% reported a fever. Loss of taste or smell was even less common, as the chart below shows.

While the data don’t distinguish between vaccinated and unvaccinated people, 70% of the UK population has had at least two vaccine doses as of Thursday.

Dr. Jorge Moreno said he’s seen an influx of COVID-19 cases lately at his outpatient clinic in Connecticut. Most of those patients are vaccinated, he said, so their symptoms tend to be milder and relatively short-lived.

Many patients start out with a dry, scratchy throat that causes sharp pain when they swallow.

“It’s a very prominent symptom,” Moreno, an assistant professor of medicine at Yale School of Medicine, told Insider. “It’s not like a little tickle in the throat. If they’re reporting it, they’re saying that their throat feels raw.”

“Cough is still part of the symptoms, [but] it’s not as bad as it was,” Moreno said. Vaccinated people, he added, “don’t have those respiratory symptoms as much.” Loss of smell is also relatively rare among Omicron patients.

As of this month, less than 20% of people in the UK who recorded a positive COVID-19 test were logging the symptom into the Zoe app. Back in June, when the Delta variant was dominant in the UK, loss of smell was the sixth most common COVID-19 symptom among fully vaccinated people. In March, before Delta was detected and vaccines were widely available, 60% of UK adults ages 16 to 65 on the Zoe app reported loss of smell at some point in their illness.

“I’ve seen a lot more people reporting fatigue as one of their main symptoms,” he said. “They’re young people that typically can push through things. They need rest. They need to sleep. They’re napping more.”

Why are COVID-19 symptoms changing? A woman uses a handkerchief in Brandenburg, Germany, on February 27, 2020.

Scientists aren’t sure exactly why COVID-19 symptoms are changing.

Vaccines help reduce the severity of disease, but Omicron might be a less virulent virus on its own. Two recent lab studies, which haven’t been peer reviewed, suggest that Omicron may be less effective at attacking lung cells compared with prior variants. Another not-yet-peer-reviewed study, published Wednesday, found that Omicron inherently reduced the risk of severe hospitalization or death from COVID-19 by 25% compared with Delta.

Omicron may also change the way the virus replicates or congregates in the body. A December study from the University of Hong Kong, which hasn’t been peer reviewed, found that Omicron replicates 70 times faster in the main airways, or bronchi, compared with Delta, but 10 times slower in the lung tissue. Another preprint study, released earlier this month, showed that the viral load from an Omicron infection peaked in saliva one to two days before it peaked in nasal swabs — a sign that Omicron may infect the throat before it infects the nose.

Still, doctors have noticed a clear gradient of symptoms based on a person’s vaccination status.

“People that are unvaccinated go through a little bit of a longer and tougher course,” Moreno said. “People that are vaccinated have a middle-of-the-way course. The boosted people, in many cases it’s almost like an old cold: the sinus symptoms, the sore throat.”

Before Omicron, Moreno said, his COVID-19 patients used to feel crummy for around 10 to 14 days. Lately, he said, people who’ve received a booster shot report shorter bouts of illness than those who have received fewer doses, or none at all.

“Those individuals that are boosted, within five days, seven days of their onset of symptoms, their energy level comes back,” he said. “Their symptoms are resolved.”