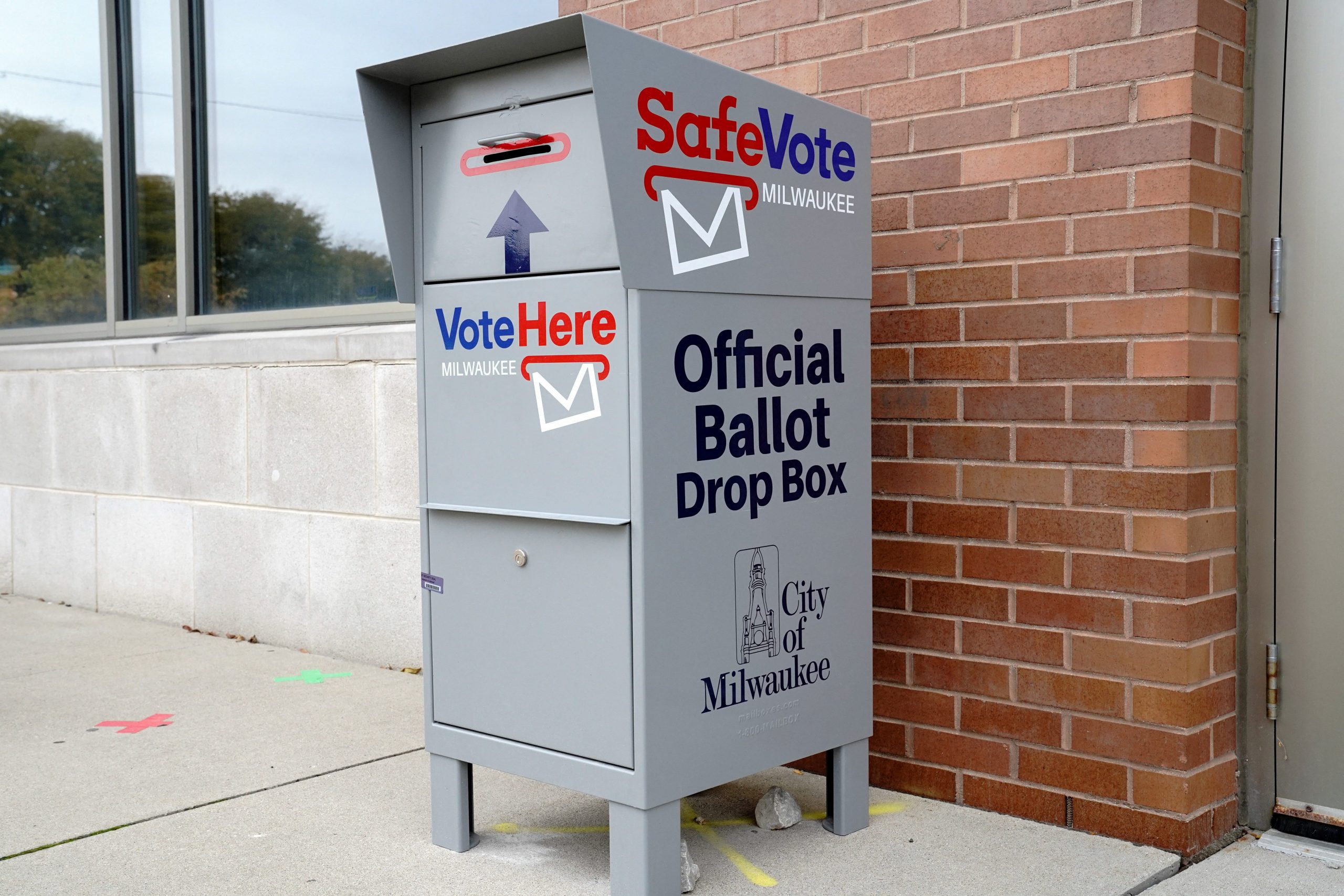 A SafeVote official ballot drop box for mail-in ballots is seen outside a polling site at the Milwaukee Public Library’s Washington Park location in Milwaukee, Wis., on October 20, 2020.

The Wisconsin Supreme Court on Friday barred the use of most ballot drop boxes and ruled that voters could not allow other individuals to return their completed absentee ballots on their behalf, a major victory for conservatives who have sought to tighten voting rules since the 2020 presidential election.

In a 4-3 ruling, the court stated that absentee ballots must be submitted via mail service, or the voter can bring their ballot to a local election office.

“The key phrase is ‘in person’ and it must be assigned its natural meaning,” she wrote.

Bradley in the majority opinion said that state law doesn’t permit ballot drop boxes in any place other than election clerk offices.

Justice Ann Walsh Bradley in the dissent wrote that drop boxes were a method that made voting more accessible. She stated that the majority made it more difficult for people to make their voices heard at the ballot box.

“Although it pays lip service to the import of the right to vote, the majority/lead opinion has the practical effect of making it more difficult to exercise it,” the justice wrote. “Such a result, although lamentable, is not a surprise from this court. It has seemingly taken the opportunity to make it harder to vote or to inject confusion into the process whenever it has been presented with the opportunity.”

Conservative activists in the state filed a lawsuit against the state election commission last year, contending that drop boxes were illegal based on state law which mandated that absentee ballots “be mailed by the elector, or delivered in person, to the municipal clerk issuing the ballot or ballots.”

State officials said that they never mandated the usage of drop boxes, but gave local clerks guidance on how to manage them.

In the 2020 presidential election, over 500 drop boxes were set up across the state, per The Wall Street Journal.

The decision comes as the state’s August 9 primary looms, where voters will be selecting nominees in several key races, including the Democratic Senate primary where a candidate will emerge to challenge two-term Republican Sen. Ron Johnson, and the GOP gubernatorial primary, where several candidates have been battling to take on Democratic Gov. Tony Evers.

Absentee ballots were first mailed out to voters for the upcoming primary beginning last month.

The decision will impact the approach that the parties will take in increasing turnout in 2024, when Wisconsin is once again set to be one of the most hotly-contested states in the country.

While Democrats in 2020 encouraged their voters to vote early and utilize drop boxes, Republicans in the state have long been resistant to mail-in ballots and pushed their supporters to turn out on Election Day.

But in November 2020, now-President Joe Biden defeated Trump in Wisconsin by roughly 20,000 votes out of nearly 3.3 million ballots cast. Despite the results being certified with no verifiable evidence of voter fraud, Trump has long contested the accuracy of the results in the Badger State.