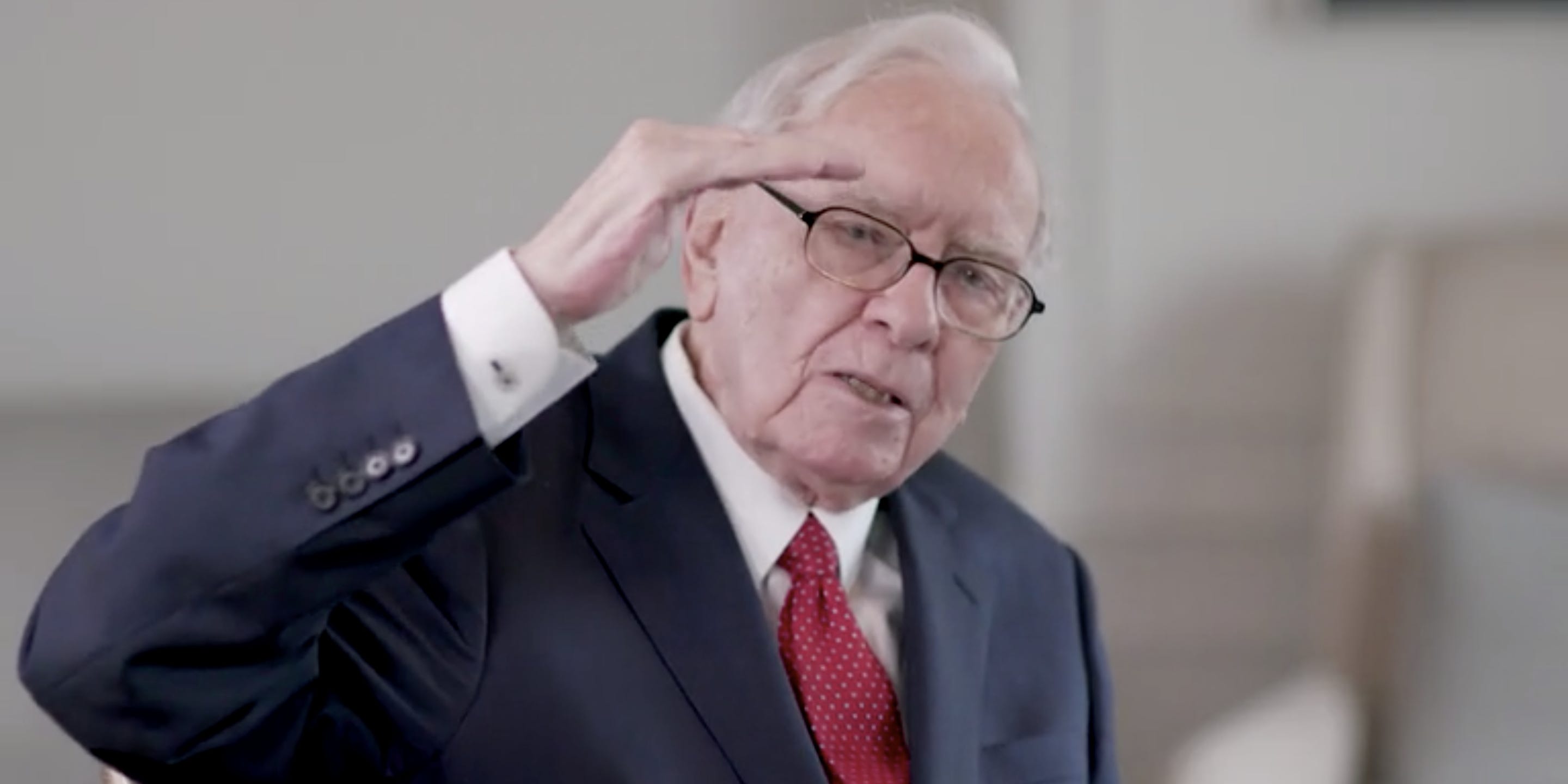 The 91-year-old investor and Berkshire Hathaway CEO also discussed his legacy, how old age has affected him, and why he admires Bill Gates and Melinda French Gates.

Here are Buffett’s 12 best quotes from the interview, lightly edited for length and clarity:

1. “You don’t need to be a genius in what I do, that’s the good thing about it. I’m a bright guy who’s terribly interested in what he does, so I’ve spent a lifetime doing it, and I’ve surrounded myself with people that bring out the best in me.”

2. “I know I’ll win over time. That doesn’t mean I’ll beat everybody else, or anything like that. But the game is very, very, very easy if you have the right lessons in your mind about what you’re buying.” (Buffett emphasized that stocks are pieces of businesses, not wagers to be monitored day by day.)

3. “We have a successor in place, but he’s not warming up. I’m in overtime but I’m out there.”

4. “Jay Powell matched Paul Volcker in terms of doing things that needed to be done that day.” (Buffett was referring to the Fed chair moving quickly to save the US financial system when the pandemic took it to the “brink of chaos” in March 2020.)

5. “It isn’t like the 50 richest guys in the country can say, ‘I’m just going to eat everything.'” (Buffett argued that while Henry Ford, Thomas Edison, and Steve Jobs amassed large fortunes, they also shared their inventions, improving the lives of millions of people).

6. “Elon is taking on General Motors and Ford and Toyota, and all these people who’ve got all this stuff, and he’s got an idea and he’s winning. That’s America. You can’t dream it up. It’s astounding.”

7. “I am a decaying machine that still feels wonderful. I can’t add a group of numbers remotely as fast as I used to be able to. I can’t remember sometimes why the hell I walked up the stairs. I forget names so easily. I can’t read as fast as I used to read. I can’t hear as well, I can’t see as well, my balance isn’t as good. But it doesn’t interfere with my happiness, my work, anything.”

8. “An unbelievably rich country like America can make sure that every single person not only has access, but feels he or she has access, to reasonably prompt and essentially free healthcare. The ability to get good medical attention, reasonably fast, should exist for every American. It’s that simple.”

9. “It couldn’t happen but it did. If they’d stopped in Omaha on the drive from New York to Seattle and he’d said, ‘What do you think of this idea?’ I would have said, ‘Good luck, Jeff.'” (Remarking on Amazon’s evolution from an online bookseller to a technology behemoth under founder Jeff Bezos.)

10. “You will not read anything more beautiful than what MacKenzie has written. She’s expressed a philosophy of life that I think is as good a model as anybody can find.” (Buffett was praising Bezos’ ex-wife, MacKenzie Scott, for her philanthropic efforts.)

11. “Not with just money, they do it with time. Time is the most precious thing you’ve got, pretty much. They are giving something I’m not willing to give — that much time to that. I’d rather give my time to Berkshire.” (Buffett was heralding Bill Gates and Melinda French Gates for their philanthropy.)

12. “What really means something to me is the record of Berkshire — that’s what I’ve done. I paint the painting, the world can bid on it at auction. That’s been fun, and it’s been way more fun doing it with Charlie as my partner than it would have been doing it alone. (Buffett was referring to his longtime business partner, Charlie Munger).