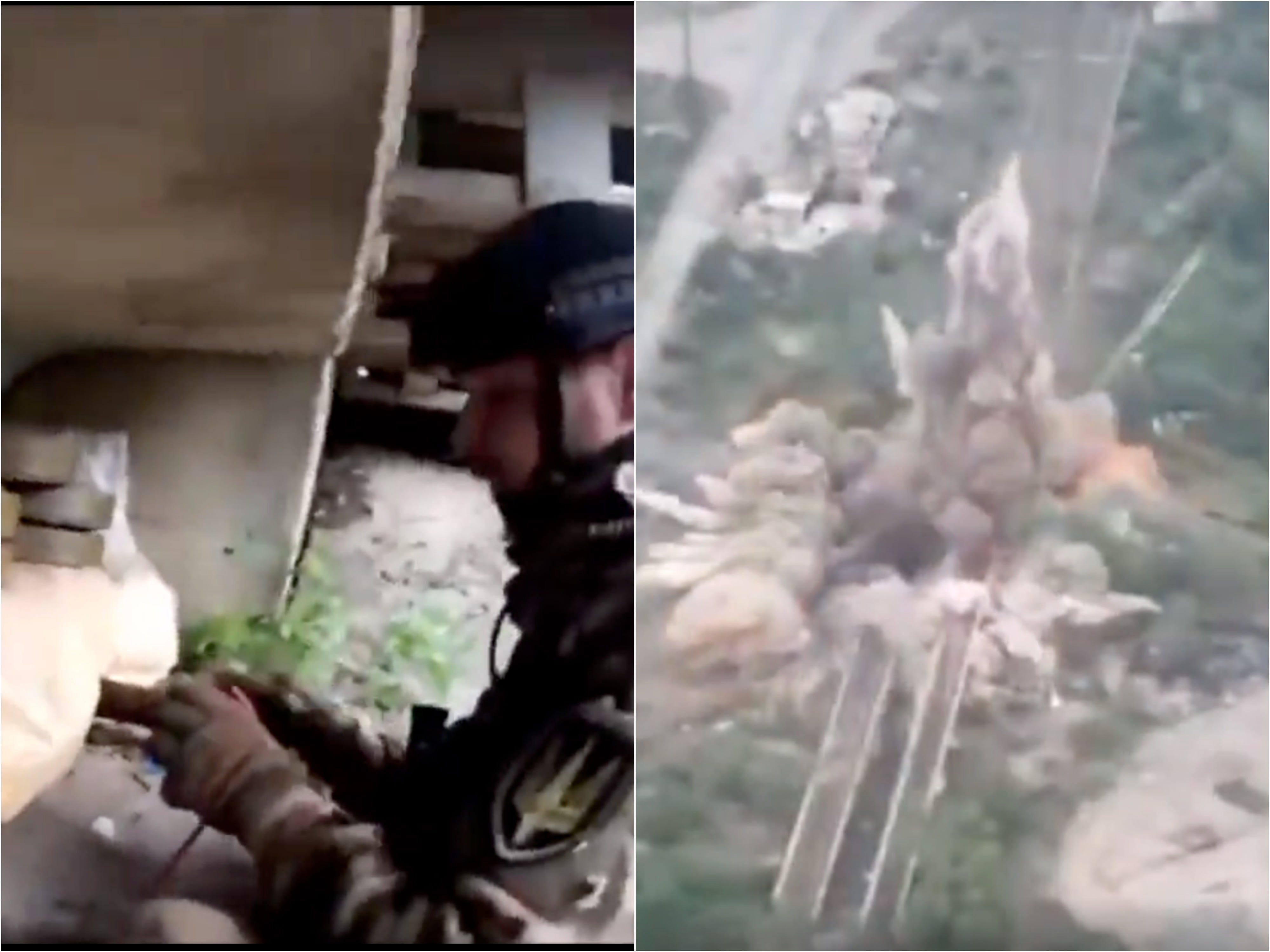 Members of the Ukrainian National Guard place explosives and blow up a bridge.

A video from Ukraine’s National Guard shows a band of troops placing explosives underneath a bridge and blowing it up to stop a Russian advancement in the east.

According to the National Guard, the band of Ukrainian troops — represented by the National Guard, Secret Service, and Special Operations Forces — wanted to prevent Russian forces in the eastern Ukrainian city of Rubezhnoye from assaulting the nearby cities of Severodonetsk and Lysychansk.

Ukrainian troops can be seen in the video, shared to Facebook on Wednesday, loading TM-62M anti-tank mines into a car before showing a handful of troops carefully place explosives around a bridge.

After setting up the explosives, the Ukrainians scurried away from the bridge and took positions of cover behind shrubbery and cars. One soldier presses a button on a device, and an explosion could be heard in the background.

“Blowing up bridges helped protect Kyiv. It will also provide advantages in the defense of the controlled regional center of Luhansk region,” the National Guard wrote on Facebook.

Ukrainian forces were recently successful in preventing President Vladimir Putin’s troops from crossing the nearby Siverskyi Donets river, leading to a significant loss of Russian equipment.

The river has prevented Russian forces from capturing strategic ground and stalled tactical advancement — often leading to being stuck in vulnerable positions and giving Ukraine a chance to attack.

Russia’s war in Ukraine has turned into a grinding and bloody campaign in the eastern Donbas region, after Putin’s forces failed to capture the capital city Kyiv.