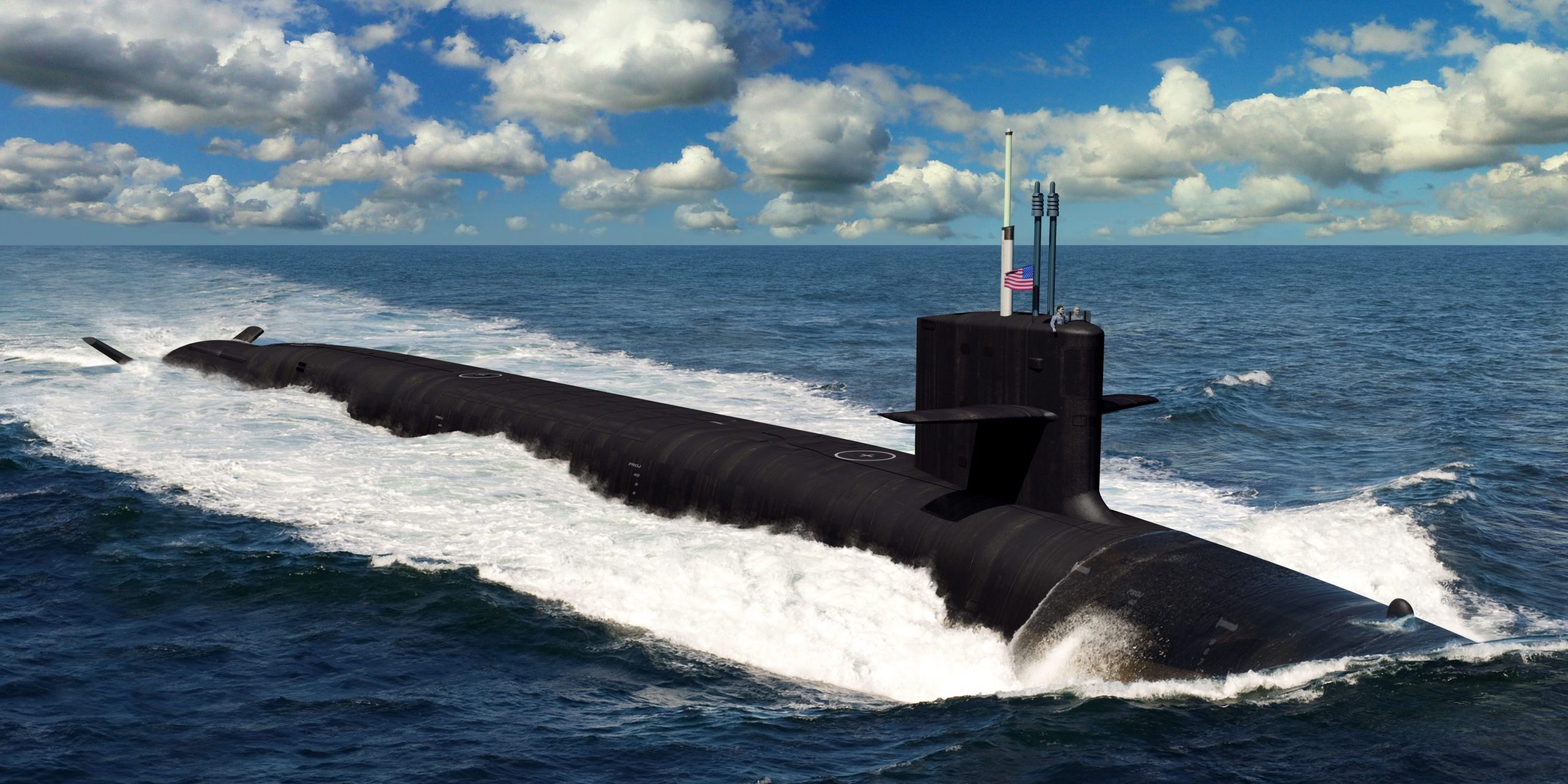 An artist’s rendering of the future Columbia-class ballistic missile submarine.

The US has begun building its most advanced Columbia-class nuclear-powered ballistic-missile submarine (SSBN), as the country’s military tries to maintain its edge over rivals including a fast-expanding Chinese navy.

A keel-laying ceremony for the USS District of Columbia (SSBN 826) took place on June 4, according to the US Naval Institute’s USNI News website. The event marked the ceremonial start to the construction of the first in a new class of ballistic-missile submarines expected to be commissioned in 2027, the report said.

“The Columbia-class will be the largest, most capable and most advanced submarine produced by our nation,” congresswoman Eleanor Holmes Norton was quoted as saying during the ceremony.

Building the 12 Columbia-class subs has been the US Navy’s top priority for the last decade, with preliminary design work starting in 2007 for what will be the largest submarines ever built by the US.

The fleet will replace the Ohio-class SSBNs as the US Navy’s number one strategic deterrent, starting with District of Columbia’s first patrol in 2031. The initials of Rep. Eleanor Holmes Norton, sponsor of future US Navy ballistic-missile submarine District of Columbia, are welded on a metal plate during a ceremony in Quonset Point, Rhode Island, June 4, 2022.

The Columbia-class would carry “70 percent of America’s deployed nuclear arsenal,” Navy secretary Carlos Del Toro said at the ceremony in Rhode Island, calling the subs “the smartest investment we can make” to secure the American public, USNI reported.

The US Navy operates 14 aging Ohio class SSBNs built between 1976 and 1997. In addition, four of the oldest subs of the class were converted to cruise-missile submarines (SSGN) as part of the Strategic Arms Reduction Treaty (New START) with Russia.

The Columbia class will be equipped with 16 SLBM tubes or nuclear missiles, compared to 24 on the Ohio class SSBNs, according to media reports. But the 520-foot (158 metres), 20,000-ton (18,000 tonnes) Columbia will be longer, heavier, and feature a complex electric drive propulsion system and associated technology.

The Columbia is key for the US to maintain its competitive advantage, especially with China now operating the world’s largest naval force. China’s active Type 093 nuclear-powered attack submarine (SSN) is able to launch its YJ-18 anti-ship cruise missiles, while an upgraded Type 094A is armed with the vertically launched JL-3 ballistic missile with a range of over 10,000km (6,200 miles) — capable of hitting the US mainland.

China has built 12 nuclear submarines over the past 15 years, including six Type 093 SSNs and its upgraded variants, as well as a further six Type 094 SSBNs, according to a Pentagon report last year.

The Knyaz Oleg will be equipped with Bulava ballistic missiles, which have a range of more than 8,000km. The Novosibirsk is a multipurpose nuclear submarine, armed with Kalibr and Onyx cruise missiles.