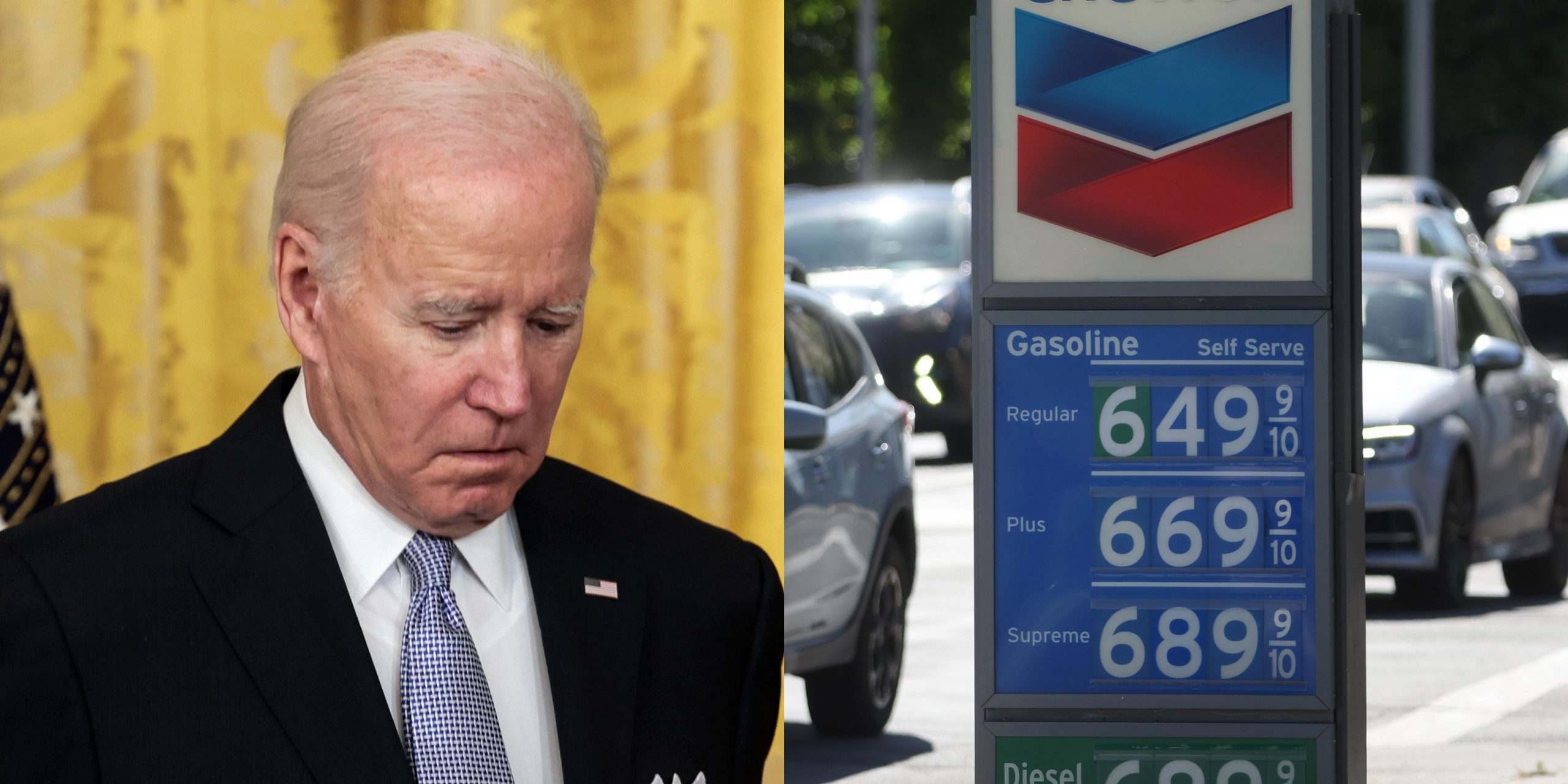 President Biden; gas prices in San Francisco, California on May 20, 2022

US gas prices hit a fresh all-time high Wednesday, according to AAA.

The Biden administration has struggled to reign in soaring gas prices, and the national average jumped from $4.91 to $4.95 from Tuesday to Wednesday morning. Even as Biden ordered the release of 180 million barrels of reserve of oil from the Strategic Petroleum Reserve in March, prices have only edged higher as Russia’s war on Ukraine has pushed up global prices amid sanctions and embargoes on Russian supply from the west.

The brunt of the price pressures are concentrated in the west, with California averaging over $6 per gallon, according to AAA. States in Midwest like Illinois are averaging $5.50 per gallon while the east is hovering at or below $5.

Prices in the UK are also soaring, with the average price of a gallon of gas hitting a dollar equivalent of $8.60 Tuesday. The UK is facing its steepest increase in gas prices in 17 years, and Tuesday’s price jump was the largest since the early 2000s.

Still, the US is paying less for a gallon of gas compared to other developed global powers. Prices across the globe vary as countries tax a gallon differently, with Hong Kong facing the highest gas prices in the world.