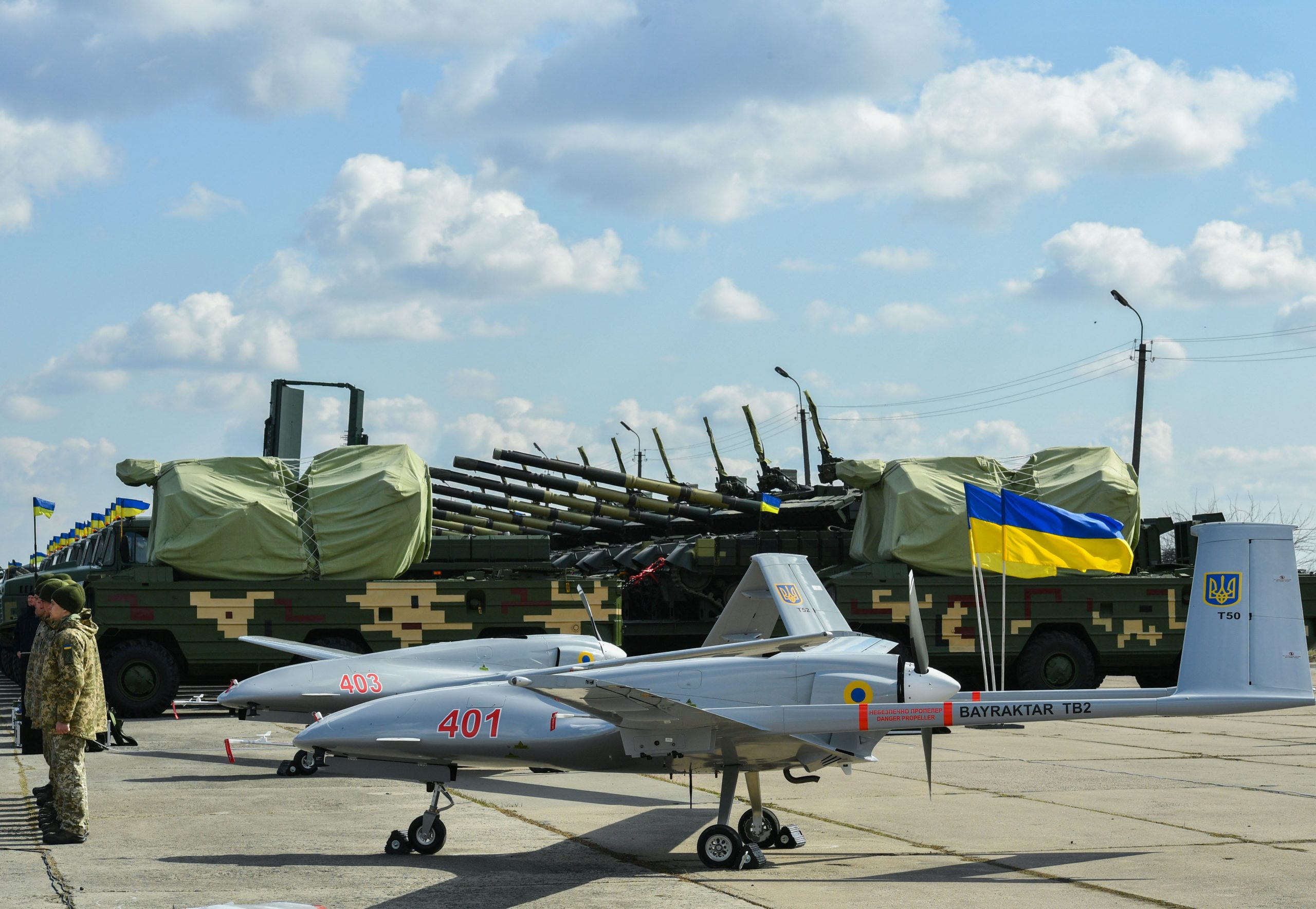 Bayraktar TB2 UAVs is seen during the test flight at the military base located in Hmelnitski, Ukraine on March 20, 2019.

In the early days of the war in Ukraine, drones emerged as an unexpected source of victory against Russian forces.

But Russia has learned from the humiliation by drones in the first months of the invasion. Experts told Insider that the drone wonder weapons are becoming increasingly ineffective because Russia has improved its defense systems and is downing and jamming many of Ukraine’s drones.

“What’s happening now is that Russia’s electronic warfare and air defenses have become better organized and fielded when compared to the earlier months of the war,” Samuel Bendett, an analyst and expert in unmanned and robotic military systems, said at the Center for Naval Analysis.

Russian forces are using early warning radars to identify the drones and electronic warfare systems to jam and disrupt their communication, Bendett said.

They also use various weapons like machine guns and air defense systems, such as the Tor missile system, to shoot the drones down.

Recent footage from the Russian Ministry of Defense claimed to show a Krasukha-S4 electronic warfare system in action, taking out a Ukrainian drone.

According to Mark Cancian, an analyst at the Center for Strategic and International Studies, Ukraine was previously able to use drones so effectively because Russia had not organized its defense systems.

“Drones were able to play such a role because the Russians were slow to set up an air defense system. They were slow to establish the combined arms operation (armor, infantry, artillery, recon, engineers, air defense) that their doctrine called for,” he said. Russia has better organized and positioned its ground-based air defense in the Donbas region, where the focus of the war has shifted.

Ukrainian forces are now limiting their use of drones because Russian troops are more easily thwarting them, and losing drones can be costly.

While single-use drones such as the Switchblade and Phoenix Ghost cost several thousand dollars each, the TB2 drones can cost somewhere between $1-2 million each.

Ukraine has received about 50 TB2 drones from Turkish arms company Baykar since the Russian invasion began.

Ruthlessly effective in the first days of the war, the TB2s have begun to be shot down by Russia, and the Ukrainian army is scaling back their use.

Reports have recently emerged that the US is planning on selling Ukraine US-made General Atomics MQ-1C Gray Eagle armed drones, which have greater capabilities than the TB2s.

However, two unnamed Ukrainian Air Force pilots told The War Zone that they are not advocating for the drones due to their hefty price tag of $10 million each, as they are likely to get shot down on their first mission.

According to Cancian, Russia’s air defenses are almost entirely short, and medium-range missiles and drones are especially vulnerable because they fly low and slow.

“Ukrainian pilots I have talked with say the role of drones is now limited as a result,” he said.

Instead, Ukrainian forces have advocated for modern fighter jets from its Western allies. A Ukrainian serviceman shoots at a Russian drone with an assault rifle from a trench at the front line east of Kharkiv, March 31, 2022.

While Ukraine’s drones are becoming less effective in this new phase of the war, Russia is flying just as many if not more of their drones, especially for intelligence, surveillance, and reconnaissance missions, CNA expert Bendett said.

The Ukrainians lack the weaponry to shoot them down, and one soldier told The Sunday Times: “We can’t see the Russian drones, but they can see us. The only thing we can do is hide.”

Bendett said the next few weeks will likely involve the Russian military seeking to better organize and continue to push forward in its offensive.

“It’s trying to trap Ukrainians in pockets around certain cities and towns and just trying to push and grind the Ukrainian defenses in general. Drones are playing a key part in providing intelligence, surveillance, reconnaissance capabilities back to the Russians so that they can conduct strikes from the ground and the air,” Bendett said.

“So we’re going to see drones on the Russian side, assuming probably even more important going forward, assuming that the war continues as it is right now.”