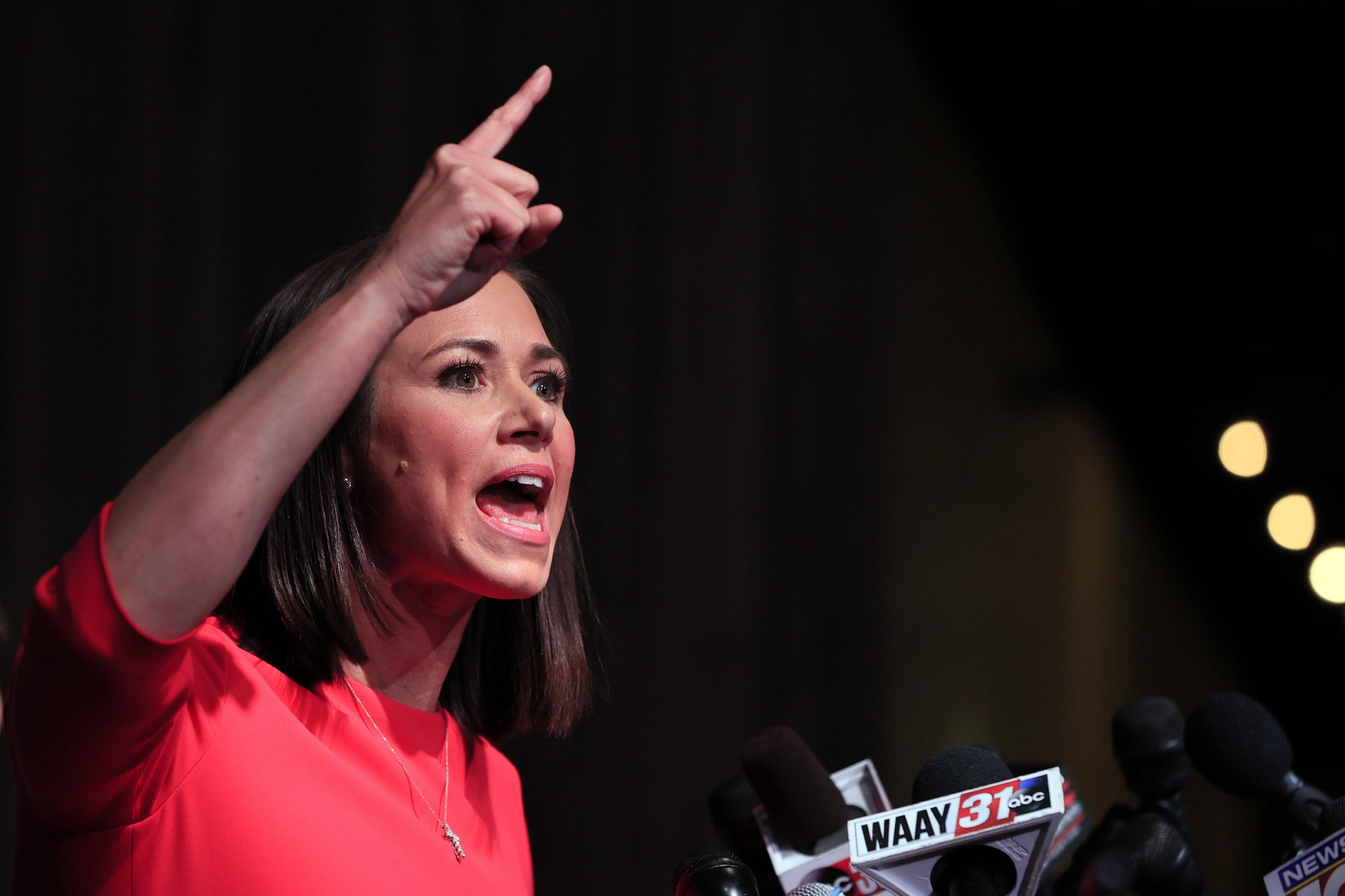 Donald Trump has endorsed Katie Britt in Alabama’s Republican Senate race, calling her an “Incredible Fighter” and likely shoring up her already significant lead ahead of the June 21 runoff.

The former president made the announcement late Friday, just hours after two new polls were released showing Britt with a double-digit lead over Rep. Mo Brooks.

The decision deals a second major blow to Brooks, who Trump initially endorsed last year before pulling his support in March as Brooks’ campaign floundered. But Trump in the last couple weeks had not ruled out the possibility of re-endorsing Brooks, according to a person familiar with the president’s thinking, and was being urged by some Brooks allies to throw his support behind the MAGA candidate once again.

“Mo has been wanting it back ever since,” Trump said in a statement Friday, referring to when he rescinded his support, “but I cannot give it to him! Katie Britt, on the other hand, is a fearless America First Warrior.”

Trump’s endorsement of Britt is a striking contrast to the statement he released about the Senate candidate just under a year ago. In July, Trump called her the “assistant” to “the RINO Senator from Alabama, close friend of Old Crow Mitch McConnell, Richard Shelby.”

“She is not in any way qualified and is certainly not what our country needs,” Trump said at the time. “For Mitch McConnell to be wasting money on her campaign is absolutely outrageous. Vote for Mo Brooks!”

Britt served as a Senate aide to Shelby, who is retiring. She worked as Shelby’s chief of staff before becoming president of the Business Council of Alabama.

The Senate Leadership Fund, a McConnell-aligned super PAC, gave $2 million this spring to a pro-Britt group, though SLF said its involvement in the race was merely an anti-Brooks effort.

Mike Durant, who was briefly the frontrunner in the race after Trump pulled his endorsement of Brooks, came in third place in the May 24 primary. Britt finished 15 percentage points ahead of Brooks, but fell short of the 50 percent threshold necessary to avoid a runoff.

On Friday, Trump continued to walk back his past public statements about Britt, including that she was the favored candidate of McConnell, one of his top GOP nemeses.

“The opposition says Katie is close to Mitch McConnell, but actually, she is not — in fact, she believes that McConnell put Mike Durant in the race to stop her, which is very possibly true,” Trump said.

A Britt spokesperson did not immediately respond to a question about whether Britt in fact believes McConnell was behind Durant’s campaign.

Britt has declined to go so far as to say she won’t support McConnell as leader, if elected, an issue Brooks has made a pillar of his campaign as he has traveled the state on a “Fire McConnell” tour. Ousting McConnell from Senate leadership is also an issue that has animated Trump.

“I’m thankful to have President Trump’s endorsement and strong support,” Britt said in a statement to POLITICO. “President Trump knows that Alabamians are sick and tired of failed, do-nothing career politicians. It’s time for the next generation of conservatives to step up and shake things up in Washington to save the country we know and love for our children and our children’s children.”

In a statement late Friday, Brooks called Trump “the only man in American politics who could get conned by Mitch McConnell twice in an Alabama Senate race.”

“Alabama grassroots remember in 2017 when Donald Trump and Mitch McConnell got involved in a Senate primary in Alabama — and we rejected them,” Brooks said. “The people of Alabama will decide.

Going into the runoff, Brooks’ campaign sought to frame the race as “MAGA versus Mitch” — and Brooks has proven his MAGA bona fides in recent years. Brooks led efforts in Congress to oppose the certification of President Joe Biden’s 2020 victory — including speaking at Trump’s Jan. 6, 2021, rally. But Trump blamed Brooks’ decline in support throughout the winter on comments the congressman made last year encouraging Republicans to move on from 2020 and focus their efforts on winning elections in 2022 and 2024.

Firebrand conservatives like Sens. Ted Cruz (R-Texas) and Rand Paul (R-Ky.) have campaigned for Brooks, and Paul plans to travel to the state next Friday to do so in person, the campaign announced earlier Friday. Members of the House Freedom Caucus are also throwing their support behind their colleague.

Britt has not sought to champion Trump’s stolen-election narrative. She has carefully answered questions about the issue by suggesting there were problems with election integrity and that a “nationwide forensic audit” should be conducted, but stopped short of declaring that Biden’s victory was fraudulent.