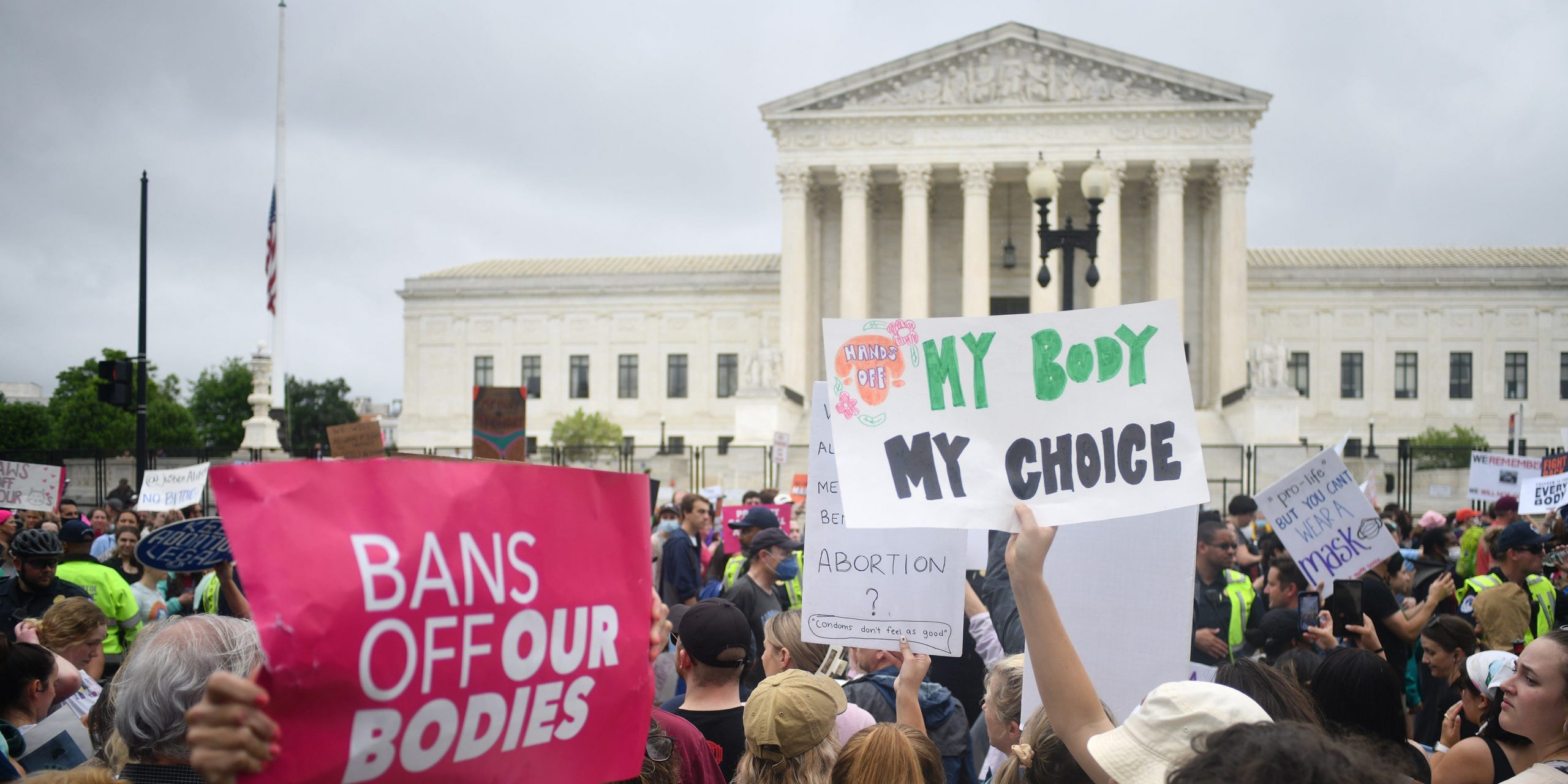 Activists march along Constitution Avenue to the US Supreme Court on May 14, 2022.

Astrid Riecken for The Washington Post via Getty Images

As a blockbuster Supreme Court term nears its end, the justices are expected to roll out highly anticipated decisions on abortion, guns, and religion that could drastically shake up American law — and life.

The court is set to release two dozen rulings by the end of June or early July before it recesses for summer. A handful of them are high-profile disputes, poised to have dramatic implications and unleash widespread public reaction. Here are those closely followed cases.

The most consequential case before the nation’s highest court is about abortion. Mississippi has asked the justices to overturn Roe v. Wade, the landmark decision that legalized abortion at the federal level nearly 50 years ago.

Last month’s leaked draft opinion on the case showed the Supreme Court may side with Mississippi and toss out abortion rights, sending shockwaves through the nation. Chief Justice John Roberts at the time noted that the draft does not represent a final ruling, but court watchers say the conservative majority is likely to take that direction, which would dramatically reshape the law and deepen political divides.

At the center of the challenge is a Mississippi law that seeks to ban abortions after 15 weeks of pregnancy, contradicting the standard set in Roe, which allows the procedure until around 24 weeks, otherwise known as viability. Mississippi’s state law never went into effect as lower courts deemed it unconstitutional.

If the Supreme Court reverses abortion rights, Mississippi and a slew of Republican-led states are expected to impose abortion restrictions as they’ve long sought to do, creating a messy patchwork of laws and enraging reproductive-rights supporters. Parkland survivor and activist David Hogg speaks during a rally outside of the U.S. Supreme Court in Washington, Wednesday, Nov. 3, 2021. The Supreme Court is set to hear arguments in a gun rights case that centers on New York’s restrictive gun permit law and whether limits the state has placed on carrying a gun in public violate the Second Amendment.

Following a recent string of deadly mass shootings across the country, Republican and Democratic lawmakers on Capitol Hill are hammering out legislation to strengthen gun laws after decades of gridlock. At the same time, the Supreme Court is deciding on a momentous case that could loosen gun laws.

For over a century, New York has required people who want a license to carry a gun in public to demonstrate a “proper cause,” or a special reason, to do so. The Supreme Court is considering whether that rule violates the Second Amendment right to keep and bear arms.

During oral arguments in November, the conservative justices seemed open to strike down the New York law as unconstitutional — an outcome that would for the first time expand Americans’ rights to carry a gun in public. In addition to New York, at least seven other states, representing around 73 million people, have similar concealed-carry licensing rules. Should those laws fall, gun-safety advocates worry that more firearms will be brought into public spaces as gun violence increases nationwide.

The court’s newly expanded 6-3 conservative majority has shown a tendency to protect religious liberties. In two current cases, the conservative justices may once again deliver victories to religious-freedom advocates.

One case involves a Maine program that prohibits using taxpayer money to cover tuition fees at private schools that offer religious instruction. The state seeks to maintain a “religiously neutral” public education, in line with the First Amendment that the government should not promote religion.

The challengers, two Maine families, say the rule violates their First Amendment rights to exercise religion freely. A Supreme Court decision in their favor could clear the way for state governments to use taxpayer dollars to pay for religious schools, narrowing the separation of church and state, and bolstering the school-choice movement largely propped up by the religious right.

The other case concerns a former high school football coach in Washington state who lost his job for praying on the 50-yard line after games. Coach Joseph Kennedy claims the school district violated his First Amendment rights, though the school district argues his conduct pressured children to join in prayer and may be perceived as a government endorsement of religion.

The court will also issue decisions concerning climate and immigration policy in significant cases that have not attracted as much national attention but have the potential to influence President Joe Biden’s domestic agenda.

In one dispute, the administration wants to end the controversial Trump-era “Remain in Mexico” policy, which requires asylum seekers at the southern border to wait in Mexico until their applications are processed.

Another case deals with the Environmental Protection Agency’s ability to regulate greenhouse gases, raising legal questions about the agency’s powers. The court’s ruling could pose difficulties for the Biden administration to pursue its climate objectives if it decides against the EPA.