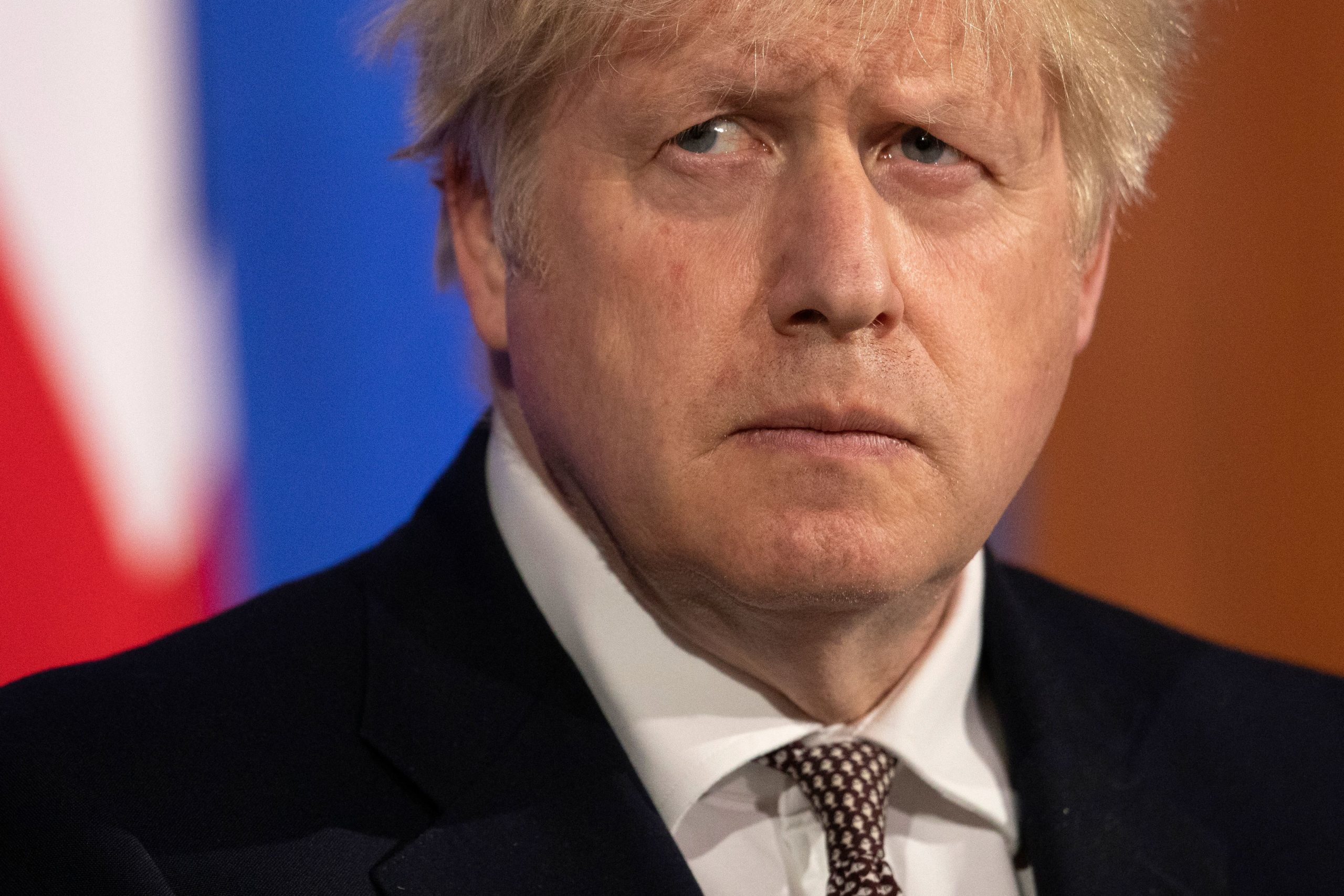 The relationship between the United Kingdom and the European Union was never going to be easy after Brexit — and so far, it sure hasn’t been. The last year has been marred by serious disputes over the Northern Ireland Protocol and the worst Anglo-French relations that long-serving diplomats can remember.

Whether 2022 will be better or worse really depends upon one question: the fate of Prime Minister Boris Johnson.

As long as Johnson stays in power, the U.K.’s fundamental approach to the EU will remain broadly the same — driven by short-term tactical considerations rather than long-term strategy. But just how much friction remains will ultimately hang on Johnson’s domestic political fortunes.

Currently, the British prime minister is embroiled in his deepest crisis since assuming the top job. He’s under mounting pressure on multiple fronts: A stream of media revelations about parties in Downing Street just before last Christmas — in apparent breach of coronavirus regulations at the time — has angered the public and underlined the Labour opposition’s claim that Johnson governs on the basis of “one rule for us, another for everyone else.”

As a result, a politician who used Brexit to brand himself as an anti-establishment figure is now seen as part of an out-of-touch ruling elite — just like many of his predecessors. Johnson’s personal ratings have slumped to an all-time low, and Labour has opened a four-point lead over the Tories, according to POLITICO’s Poll of Polls.

At the same time, Johnson has alienated a large group of Tory MPs by proposing tighter regulations to combat the rising threat of the Omicron variant of COVID-19. His announcement provoked the biggest Tory backbench rebellion of his premiership.

But there will be little respite for Johnson in the short term. Senior Tories even fear the normally safe Tory seat of North Shropshire will be lost to the Liberal Democrats tomorrow.

But perhaps the most dangerous moment for Johnson will be next May’s local elections, as some senior Tories believe a poor result then, coupled with a consistent Labour poll lead, could be the catalyst for a no-confidence vote in Johnson’s premiership.

One consequence of all this turmoil is that Johnson is now adopting a softer stance in EU negotiations over the Northern Ireland Protocol.

Allegations of “Tory sleaze” had already served as a brake on hostilities with the EU, and the rapidly darkening domestic backdrop in recent weeks has reduced Johnson’s stomach for a fight with Brussels even further.

This had led his normally aggressive Brexit Minister David Frost to take a more positive approach in the EU talks. Frost and European Commission Vice President Maroš Šefčovič will speak this week, and the U.K. is likely to drop its demand to remove the European Court of Justice from its role in disputes over the Northern Ireland Protocol, with the EU allowing medicines to flow freely from Great Britain to Northern Ireland in return.

U.K. sources suggest Frost is now focusing on practical problems in the movement of goods, with governance issues put off for another day. But while an agreement on medicines could be reached soon, hopes of a final deal before Christmas may prove premature. Since many Tory Brexiteers are lockdown skeptics, Johnson will not want to give them the impression that he is backing down.

The country’s frayed relationship with France will also be key to how U.K.-EU relations evolve next year.

Allies insist Johnson genuinely wants a strong Anglo-French partnership, despite the bitter war of words between him and French President Emmanuel Macron, but insiders also think this is unlikely before the French presidential election in the spring. One senior U.K. official says: “The PM will push for a strong relationship with France, even if we have to wait until the other side of the election to see a change of approach on the other side of the Channel.”

Officials insist such talk does not reflect a desire to see Macron defeated but rather a sense that Johnson believes he could repair relations with a reelected French president, one who would not feel so compelled to play to the domestic gallery in his second and final term.

However, this still shows how much misunderstanding exists at the top of government about Macron’s stance, and a refusal to accept that the EU’s interests — such as the integrity of the single market — are actually fundamental for France. So while Johnson will almost certainly offer an olive branch if Macron wins reelection, it’s unclear whether his French counterpart would take it.

And if things were to go the other way, would Valérie Pécresse — Macron’s most credible challenger to the presidency next year — change things? It is very difficult to project from her few vague but positive comments on the EU how a President Pécresse would view EU-U.K. relations. What we do know is that she has never shown any interest in the Macroniste ideas of a stronger, more “sovereign” Europe and that in the Élysée, she may therefore prove less firm than Macron on the theological European questions of how post-Brexit Britain should relate to the EU.

But what if Johnson doesn’t make it? As it stands, the two front-runners to succeed him next year are Chancellor Rishi Sunak and Foreign Secretary Liz Truss, who are both already on discreet maneuvers given Johnson’s troubles.

Although Sunak probably wouldn’t want to risk alienating Tory members by advertising it in advance, as prime minister, he would likely adopt a more pragmatic approach to EU relations than Johnson or Truss. His approach would be driven by economic realities rather than ideology, and he would be more likely than Truss to actually “move on” from Brexit and eventually reset relations with the EU.

Truss, however, would likely stick to Johnson’s hardball approach. Her first major speech as foreign secretary last week included only a passing reference to the EU.

So while it’s clear that as long as Johnson is around, U.K.-EU relations aren’t going to get better, his departure doesn’t guarantee that they wouldn’t get worse.