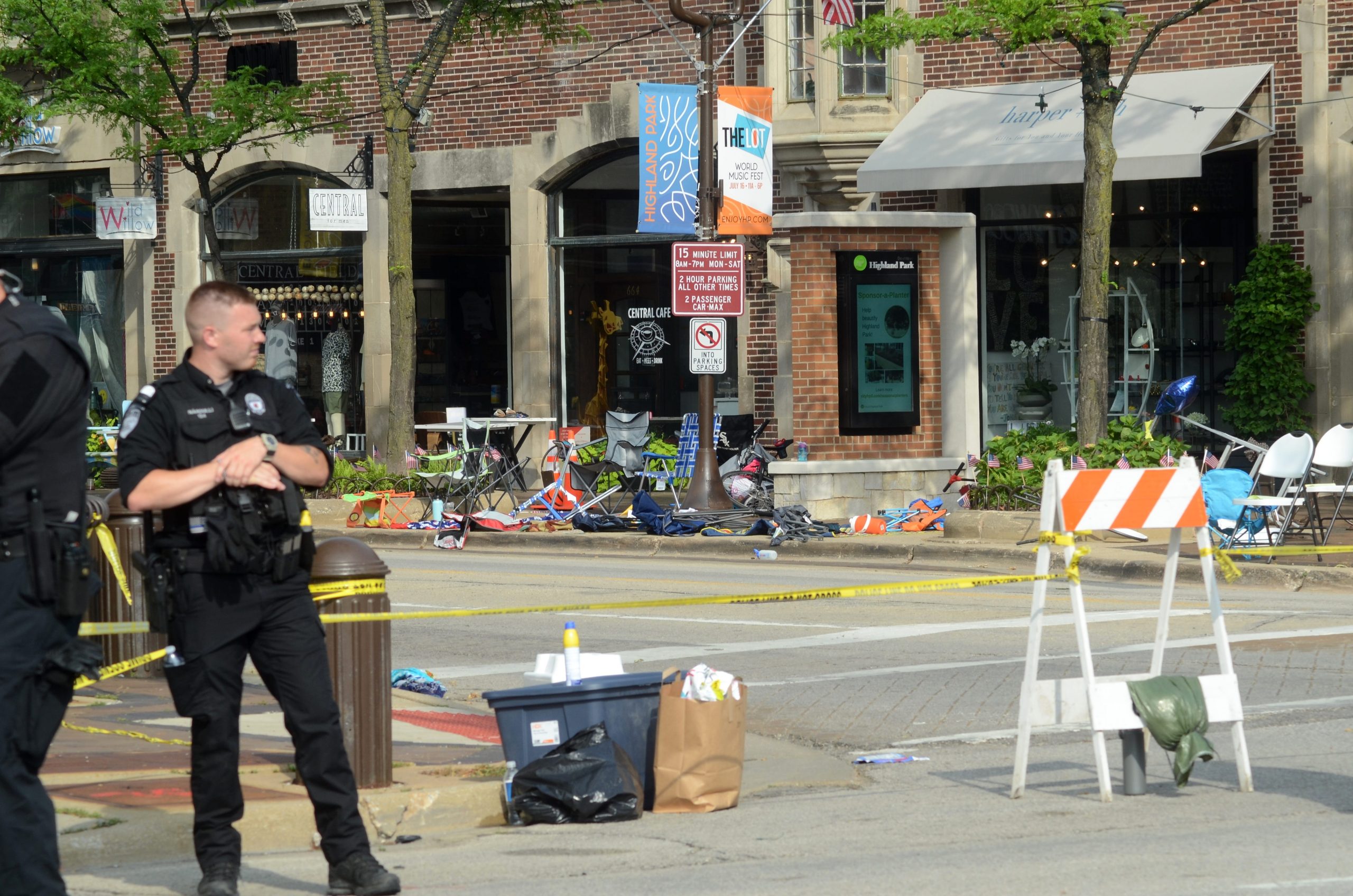 HIGHLAND PARK, Ill. (AP) — A business district that had been blocked since a July 4 parade mass shooting that left seven people dead reopened Sunday morning in the Chicago suburb of Highland Park.

The 2-block by 3-block area consists largely of small shops and restaurants. It had been blocked off with crime scene tape, barricades and uniformed officers since Monday as the FBI and other law enforcement agencies processed evidence.

The street was generally quiet shortly after police removed the barricades, except for news media vehicles, a few other vehicles and people walking.

“We came out at 5:30 this morning. It was open,” said Dale Miller, 70, who said was walking his dog, Milo, near where the shooting occurred. “This is our first walk of the day.”

He said he did not attend the parade this year but lives about 100 yards (91 meters) away and heard the gunshots, though he didn’t realize what they were until his brother called him from Florida in a panic.

“We just have fireworks going off here, that’s all,” Miller said he told his brother. “So the fireworks weren’t fireworks.”

He got many other calls after word spread about the shooting, including one from his daughter, a teacher in Florida.

“She called me up in tears and said ‘I’ve lost my safe haven,'” Miller recounted. “‘Highland Park was always the one place I could go where I was safe and that’s taken away.'”

Not all businesses were reopening Sunday. Janice Bruksch, who owns a gelato shop along the stretch of road where the shooting occurred, told WBBM-TV that she plans to reopen Sweet Home Gelato on Tuesday and to offer free scoops to first responders and children.

“Just to bring some kind of happiness in any way — so a little kid comes in here and gets a free gelato, smiles and walks out, and doesn’t think about that day,” Bruksch said. “That’s great.”

The reopening of the business district comes two days after funerals started for the seven people who were killed in the shooting. Authorities said the attacker fired more than 80 rounds into the parade crowd with a semi-automatic rifle.

The 21-year-old shooting suspect has been charged with seven counts of first-degree murder. Prosecutors expect to bring more charges representing the more than 30 people who were wounded in the attack.

Investigators say the suspect, of neighboring Highwood, legally purchased five weapons and planned the attack for weeks before he climbed onto the roof of a business along the parade route and opened fire.

Authorities say the suspect fled the parade by blending in with the fleeing crowd, then drove to the Madison, Wisconsin, area, where he contemplated a second attack. He returned to the Highland Park area and his car was spotted by police.

Questions remain about whether the shooting suspect should have been able to legally purchase firearms in Illinois. Illinois State Police officials have defended the approval of his gun license in December 2019, months after police received reports that he had made suicidal and violent threats.

“It’s a very close-knit city and it’s a city that is really hurting right now, but is not even remotely destroyed,” he said.