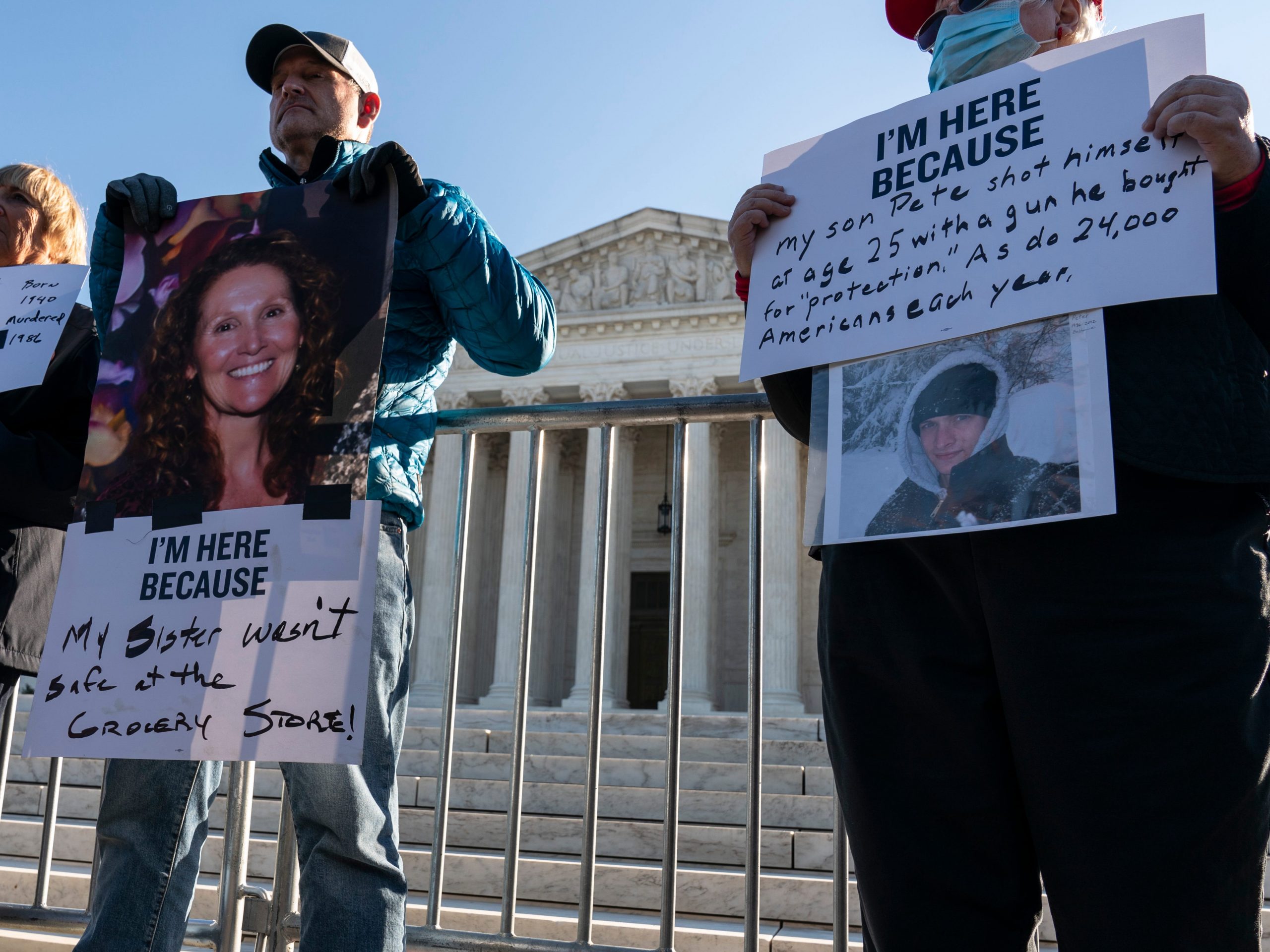 People hold signs and pictures of family members killed in shootings during a demonstration by victims of gun violence in front of the Supreme Court as arguments begin in a major case on gun rights on November 3, 2021.

The Senate is expected to announce an agreement on gun restriction legislation, that will include new funding for mental health school security, according to The Washington Post.

Sources close to the Post confirmed the deal is slated to be announced on Sunday, and could mark the country’s first significant policy on gun control, if passed by Congress. The pending deal comes after a slew of mass shootings across the country, including in Uvalde, Texas and Buffalo, New York.

The proposal is less aggressive than most Democrats, including President Joe Biden, hoped, as it does not include an assault weapons ban or significant background check extension.