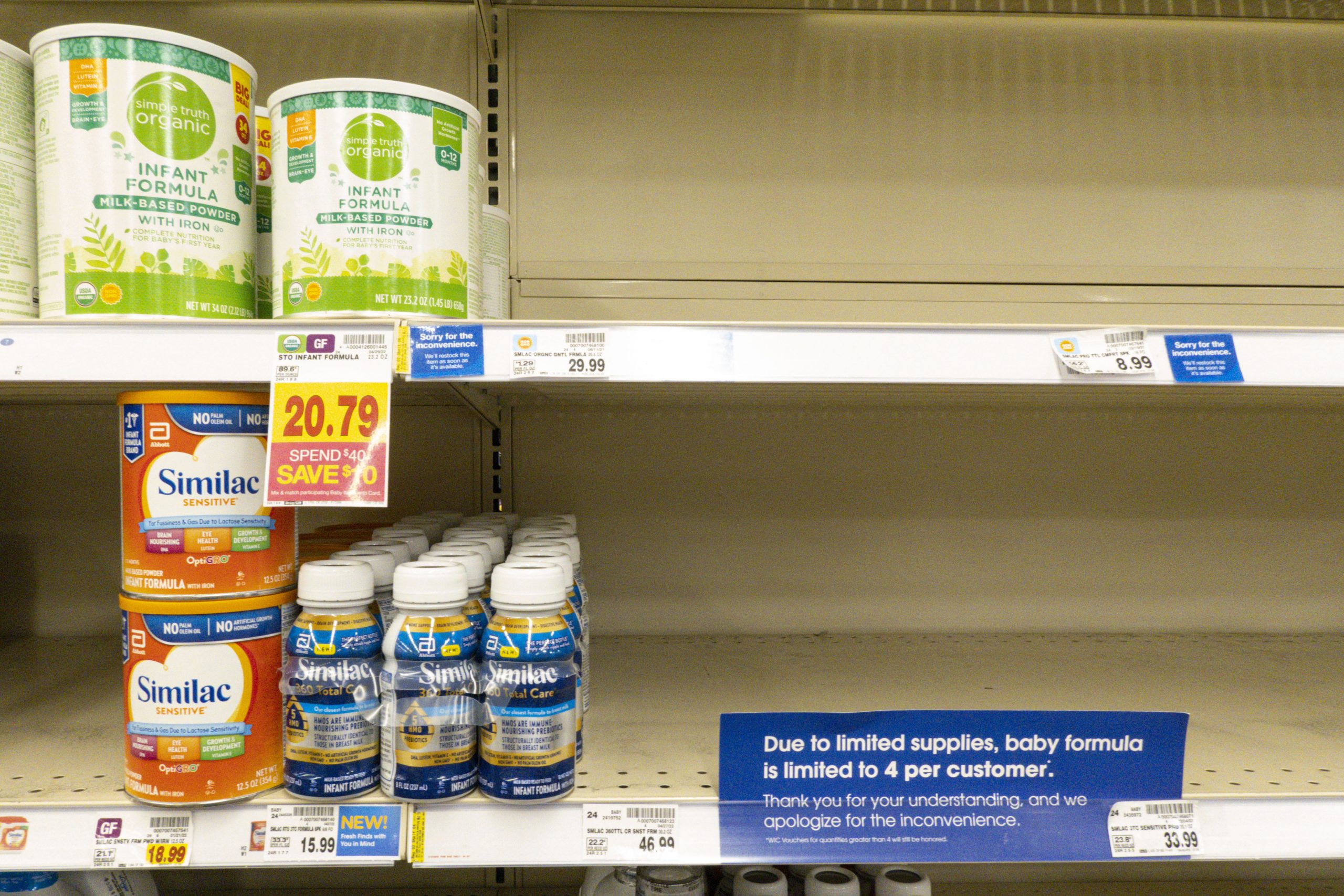 The Abbott Nutrition plant at the center of the ongoing baby formula shortages in the U.S. restarted operations a week ago, but the company has yet to disclose its reopening to the public.

Four people, including a Biden administration official with knowledge of the plans, confirm the Abbott plant in Sturgis, Mich., restarted operations on July 1. An Abbott representative mentioned on a call organized by the FDA on Thursday that the plant had restarted on July 1 and was producing the specialty formula Elecare, according to two of the people who were on the call. When fully operational, the Sturgis plant is estimated to produce about a fifth of the nation’s infant formula supplies and is a major supplier of specialty formulas that children and adults with gastrointestinal and other disorders rely on to survive.

An Abbott spokesperson confirmed the company restarted EleCare production at its Sturgis plant on July 1.

An FDA spokesperson declined to specifically comment on the reopening, but said the decision to publicly announce any information regarding plant operations would be up to Abbott.

It’s unclear why the company hasn’t yet announced that the plant is back online, but manufacturing plants do take time to ramp up, and it’s likely Abbott wanted to make sure processes were running smoothly after previous disruptions before announcing anything publicly, said one industry source.

Abbott initially shut down the plant in mid-February after an FDA inspection found five strains of a rare bacteria that can be deadly to infants. The plant closure, along with the recall of many types of formula made there, unleashed widespread formula shortages across the country, forcing desperate parents to scramble for supplies. The plant briefly reopened on June 4, in line with a publicly announced timeline from Abbott, only to shut down again in mid-June, after the company said heavy storms triggered flooding in parts of the facility.

The Abbott representative on Thursday’s FDA call said to expect a public announcement on the Sturgis plant reopening “soon,” according to two people on the call. The Abbott official said they didn’t have an update of when the facility could again start producing other formulas — including some specialized formulas that are critical for survival for some children and adults with metabolic and other disorders, and are only available through pharmacies or medical supply stores. After the plant shut down for a second time in June, Abbott said that when production resumed, it would restart EleCare production, followed by specialty and metabolic formulas.

Beyond the federal government, other formula companies are also aware that Abbott’s Sturgis plant is back online, according to two industry sources.

After a sluggish initial response, the Biden administration has been working intently over the past two months to help increase infant formula supplies in the U.S., and stocks are now slowly ticking up. But progress has been slow. An HHS official told health care providers and parents on a June 23 call organized by the White House that the administration’s “Operation Fly Formula” had flown 1 million powder pounds of infant formula into the country as of that date.

He acknowledged, however, that that amounts to just a few days worth of formula consumed in the U.S., where families go through an average of 4 million powder pounds of formula per week.

The HHS official also told those on the call that the administration was working to import more of the special metabolic formulas that Abbott previously manufactured at its Sturgis plant, but they were having trouble finding supplies. The administration has secured several flights of specialty formulas so far, but not of the most specialized types.

“We are months — months — away from an end to these shortages,” a person who was on the call told POLITICO.

The administration has been struggling to understand how much formula is actually on shelves and have moved in recent weeks to obtain better data, as POLITICO has reported.

There are other challenges that have limited the impact of the government’s importation strategy: The majority of the formula brands coming into the U.S. from abroad don’t have distribution networks already in place to get supplies to stores, forcing foreign companies to instead sell those products online. That’s locked out a huge share of the U.S. market, including low-income moms and babies who use WIC benefits to buy formula. Those benefits can’t be used to buy formula online.

“It’s not getting to us,” said one mom in Raleigh, N.C., who uses WIC benefits to buy formula. “I’m really glad they’re doing all this work, but our store shelves are still pretty bare, and it’s July.”

“It doesn’t do us any good if it’s available online,” the mom added.

Amid the ongoing shortages, the Biden administration announced this week that the FDA was working on a plan to extend the temporary measures that have allowed more foreign companies to import formula into the U.S., beyond the original expiration in November. Formula company officials and nutritionists believed the step was inevitable amid the need for supplies.

The FDA said the import move and other planned measures would help diversify the hyper-consolidated infant formula industry in the U.S., which is dominated by Abbott and three other companies. The move to streamline the process also signals the Biden administration is coming to grips with the fact that the shortages may last far longer than November, while also trying to bolster the supply chain against future shocks by adding new permanent providers.